Egyptian authorities sentenced a man accused of supporting ISIS to death Saturday for the 2017 murder of a Christian doctor in Cairo.

Prosecutors said the unidentified 40-year-old man posed as a patient seeking the services of the 82-year-old doctor and that he stabbed the doctor to death as soon as he entered the examination room, The Associated Press reported. The man also stabbed the doctor’s assistant when she attempted to stop the attack, though she survived. (RELATED: Islamic Militants Who Killed 7 Egyptian Christians Slain In Shootout)

The attacker’s sentence was sent to the top imam in Egypt to be ratified as a formality. The imam’s decision whether or not to ratify the sentence is non-binding.

Prosecutors also claimed that the attacker had embraced the ideology of the Islamic State, which has waged terroristic attacks on the Coptic Christian community in Egypt for several years, mainly from their insurgency in the Sinai Peninsula. ISIS has targeted Coptic Christians in part because of their open support for Egyptian president Abdel-Fattah el-Sissi, who has cracked down on Islamic militants in the country. 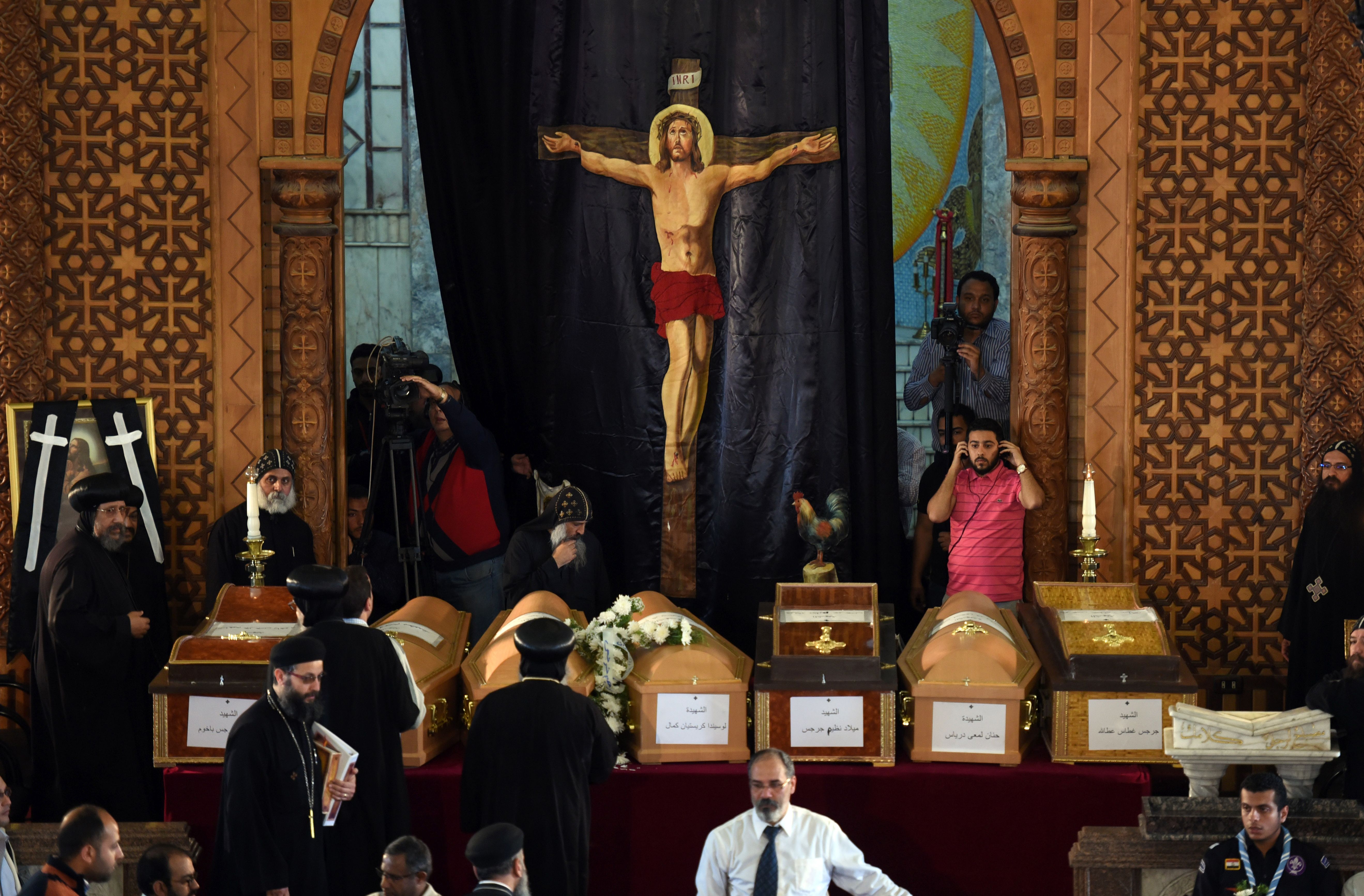 Coptic priests stand near the coffins of victims of the blast at the Coptic Christian Saint Mark’s church in Alexandria the previous day. (MOHAMED EL-SHAHED/AFP/Getty Images)

ISIS’s latest attack on Egypt’s Christians, in which they killed seven by opening fire on a bus full of pilgrims headed to the monastery of St. Samuel the Confessor in the province of Minya, sparked anger from the Coptic community over what they see as government officials’ negligence and failure to deliver on promises to protect them from Islamic militants.

1
15 People Died In The Protests And Riots Following George Floyd's Death. Here's Who They Are
US
2
FLASHBACK: NFL Legend Jim Brown Says He'd Never 'Denigrate' The Flag By Kneeling During The National Anthem
Editorial
3
'This Is A Sham': Tucker Blasts Health Care Professionals Who Signed Letter Exempting George Floyd Protests From Coronavirus Restrictions
Media
4
'You Are Something Else': Trump Chastises PBS Reporter After She Interrupts Him With Questions During Bill Signing
Media
5
All 57 Members Of Police Unit Resign ‘In Disgust’ After 2 Officers Suspended For Pushing Elderly Man
US