CNN’s Symone Sanders said that President Donald Trump had a small base of supporters on Monday afternoon during her appearance on CNN’s “The Lead With Jake Tapper.”

Ham was quick to argue that President Donald Trump’s hostile rhetoric would not serve him well if he truly intended to work with the House, which will be in Democratic hands in January.

“I don’t know if politically moving forward when you have a House that you might want to work with, and frankly, he’s not that much of an ideological creature and might be okay with some of the things the Democratic House might want to do. It doesn’t get you there,” she said. “But I also didn’t buy that he was going to change his tone when he said that for three seconds.”

Jennings didn’t think that it was likely that the president would be quick to mend fences with Democratic Rep. Adam Schiff, however. “Well, I think that there might be some room to run on a few issues, but I don’t think the president is going to be having any kind of Kumbaya moments with Adam Schiff,” Jennings said. “The most dangerous place in Washington, D.C., the last two years has been between Adam Schiff’s office and a TV camera so he can run out and call the president everything but a good milk cow. Sure. Yes. I mean, there are issues that the American people want them to work together on.”

The president called Schiff “Adam Schitt” in a tweet this weekend. 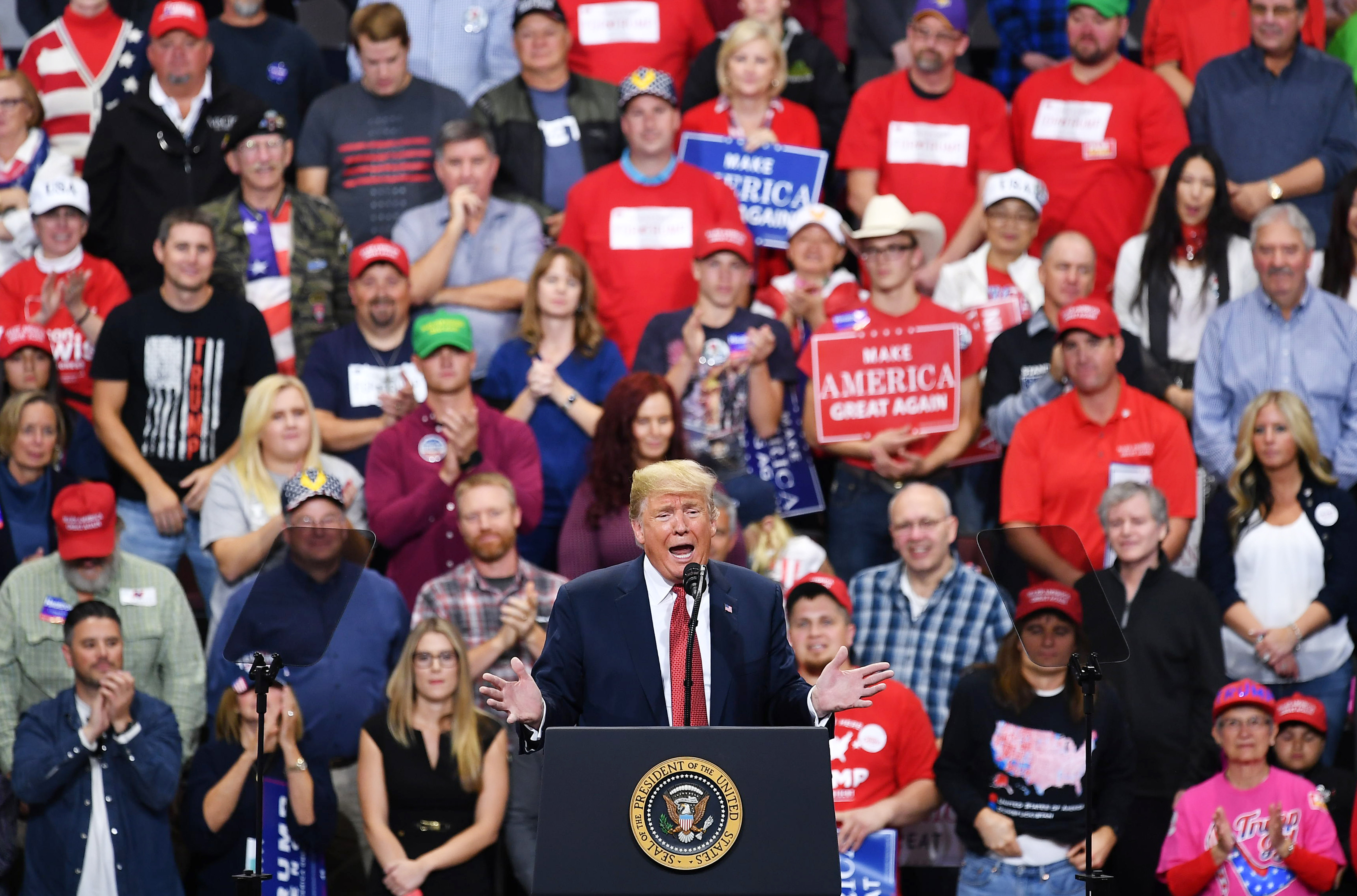 US President Donald Trump speaks during a rally at the Mayo Civic Center in Rochester, Minnesota on October 4, 2018. MANDEL NGAN/AFP/Getty Images

Sanders argued that Democrats won in the midterms because they were running for specific issues rather than simply against Trump’s rhetoric, saying, “You know, Jim, I find that interesting. Because the fact of the matter is, Democrats took back the House and also the governor’s mansions in Pennsylvania, Michigan and Wisconsin. By running on the issues.”

“Folks did not run out and just talk about how bad President Trump was,” she continued. They did criticize the policies and said we can do better, and here’s our plan. And I think that’s what we’ll see in a Democratic presidential primary.” (RELATED: CNN’s Symone Sanders Celebrates Sen. Flake’s Plan To Oppose Judicial Nominees If Mueller Isn’t Protected)

Sanders went on to say that Trump’s base is small and may be getting smaller. “The fact of the matter is, we talk a lot about the president’s base, his base is small. His base is really small. I think the midterm elections showed us that,” she explained. “So I’m trying to figure out how it’s politically just smart or even advantageous for the president to continue to talk to this very small group of people that does not equate to the entirety of the Republican Party.”

“His base is not, in fact, growing,” Sanders concluded. “And I would venture to say, if he continues to only talk to this group of people and marginalizes everyone else, it will not bode well for prospects for the Republican Party.”