A bruising car crash did not stop David Bernhardt, the Interior Department’s deputy secretary, from showing up to work a few hours later.

Interior Secretary Ryan Zinke’s second in command did not have the commute he expected when driving to a White House Council of Environmental Quality meeting in 2017. Upon choking on a breakfast burrito he purchased at McDonald’s, Bernhardt began to lose control of his vehicle. He ultimately hit another car in the next lane, swerved onto oncoming traffic and slammed into an apartment building. Medics who arrived on the scene implored him to go to the hospital.

However, Bernhardt had other plans.

The Interior deputy secretary had his jeep towed, called his wife for a ride home and made it to work later that day — visible bruises and all.

“I think that I probably looked like Rocky Balboa,” Bernhardt said to the Washington Post. “If it says anything, it says, you know, where I come from, you sign up to do the job and then go do it.” The incident has since become a popular story among staff inside and outside the Interior Department.

A native of Colorado, Bernhardt was nominated by President Donald Trump to be the U.S. deputy secretary of the Interior in April 2017 and was confirmed in August of that year, making him Zinke’s second in command. The Republican lawyer has gone to advance the White House’s pro-industry agenda over the country’s public lands. (RELATED: IG Report Shows Ryan Zinke Received Ethics Approval For Travel. Media Report A Different Story) 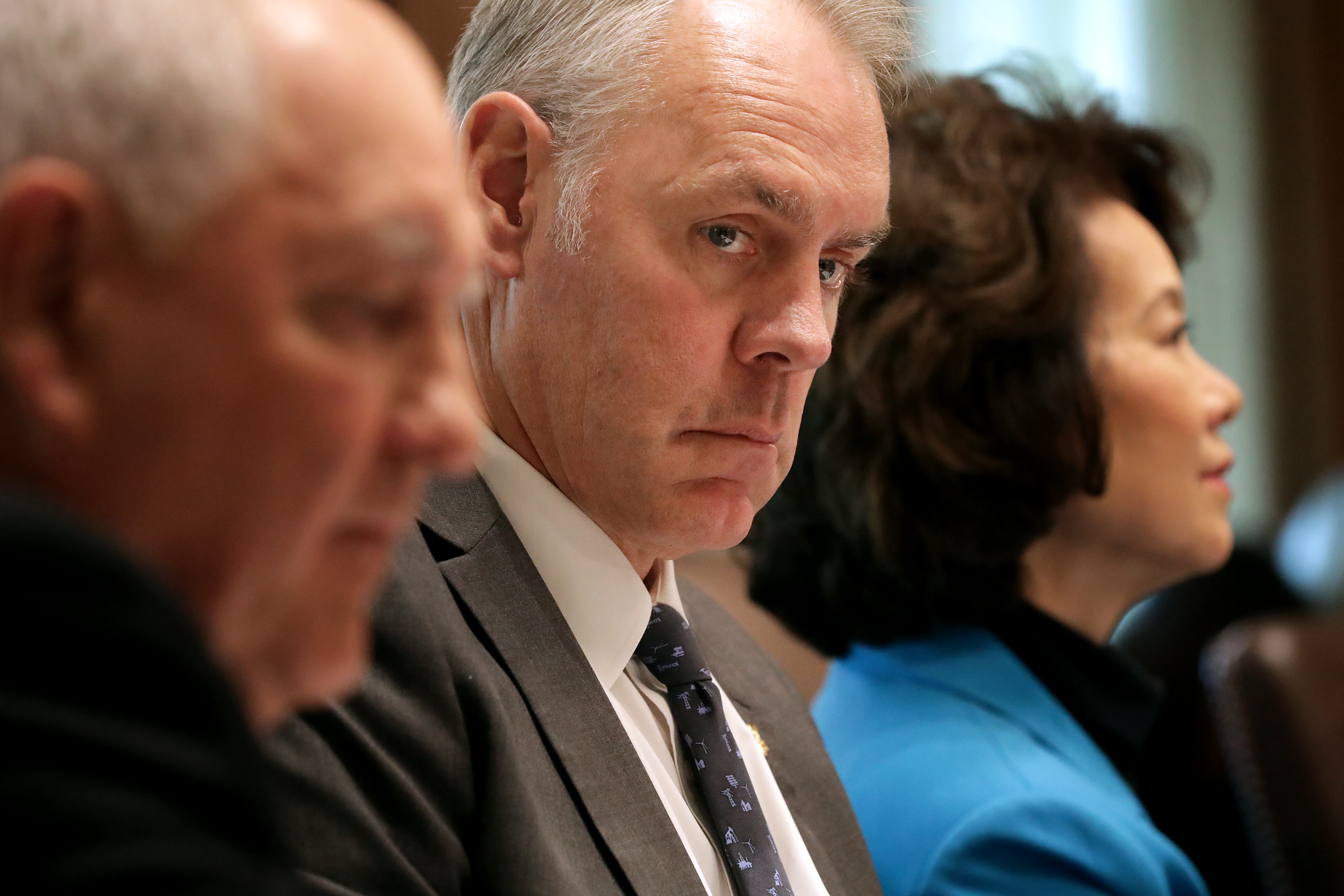 There is a chance Bernhardt could soon be taking the top spot of the Interior Department, should Zinke leave.

There were rumors earlier in November that Zinke, according to sources familiar with the negotiations, was looking to leave the Interior by the end of the year — and was even in talks with Fox News about a contributor role. News of Zinke’s imminent departure came as the Interior secretary has received scrutiny over a Montana land deal.

However, Zinke’s press secretary denied the rumors, saying they were “laughably false and belongs in The Onion,” while Fox officials said no one from his office had spoken to them about a contributor role.