A major Democratic fundraiser said party donors are waiting to hear if former Democratic Senate hopeful Beto O’Rourke will be on the ballot in 2020 before they put their money toward other presidential potentials.

Mikal Watts, a San Antonio-based lawyer and political fundraiser, told Politico that several Democratic donors and political operatives have reached out to ask if O’Rourke is running after several other presidential hopefuls have begun to make their fundraising calls in recent weeks.

Those imploring about O’Rourke’s possible run have majorly stemmed from Iowa, the “first-in-the-nation” presidential caucus state.

“They’re not wanting to sign on to other presidential campaigns until they know whether Beto is going,” Watts said. “And if Beto is running, what good progressive Democrat wouldn’t want to work for Beto O’Rourke?”

O’Rourke, who rose to national fame in part by the unquestioned and glowing media coverage he received, is a three-term congressman from Texas who raised over $70 million in his failed campaign to unseat Republican Sen. Ted Cruz.

“I can tell you that there has not been this kind of level of electric excitement about a candidate since” former President Barack Obama ran in 2008, Watts told Politico.

O’Rourke said before the midterm elections that he wouldn’t be casting a presidential run, but his tone appeared to change Friday. (RELATED: Beto 2020? As O’Rourke’s Senate Chances Fade And War Chest Grows, Speculation Swirls He Could Be Eyeing Bigger Prize)

When asked by a TMZ reporter if he was open to the possibility, O’Rourke was noncommittal.

“You know … I haven’t made any decisions about anything is probably the best way for me to put it,” the Texas Democrat responded.

Although O’Rouke is unsure himself, Democratic voters seem pretty positive he’s a top choice for the job. 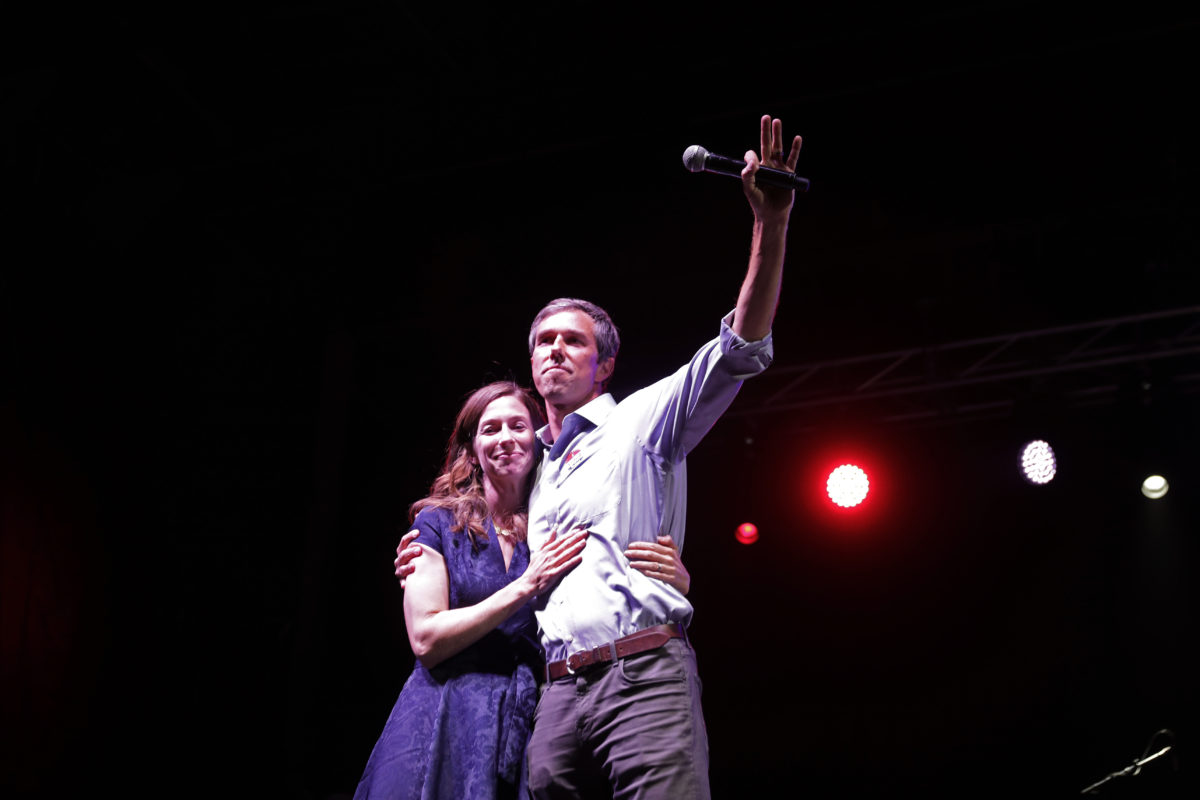 Several celebrities have also come out in support of a Beto 2020 run, including Alyssa Milano, Olivia Wilde, Josh Gad, Sheryl Crow and Khalid.

Another West Coast Democratic fundraiser compared O’Rourke’s attraction to Bernie’s back in 2016.

“All the guy would have to do is send out an email to his fundraising base … and he raises $30 million. That has totally changed the landscape for the Tier 1 guys, because now Bernie and Warren, now they have competition,” the bundler said.

The Democratic fundraiser went so far as to liken the young politician to Obama.

“It completely changes the game if Beto runs. And he should run … He’s Barack Obama, but white.”