Lecturers at the journalism school of Leeds Trinity University in the U.K. have reportedly been warned in an internal memo that an excessive use of capitalized letters might distress students, and scare them into failure.

First obtained and reported by The Daily Express, the memo was supposedly intended to “[enhance] student understanding, engagement and achievement.” Instructors were advised by it to “write in a helpful, warm tone, avoiding officious language and negative instructions.”

The use of capital letters for emphasis was discouraged because their use might needlessly accentuate “the difficulty or high-stakes nature of the task,” according to the report. (RELATED: UMass Campus Police Called Over Alleged ‘Confederate Flag’ Graffiti) 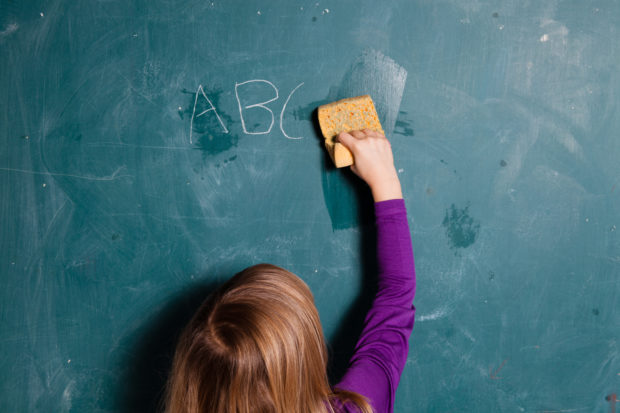 The memo recommended that lecturers be “explicit about any inexplicitness” in their assignments.

“Despite our best attempts to explain assessment tasks,” it continued, “any lack of clarity can generate anxiety and even discourage students from attempting the assessment at all.” (RELATED: Professor Shoots Himself To Protest Trump)

The memo also advised against “the overuse of ‘do,’ and, especially, ‘DON’T.'”

The school defended itself, in a statement released Monday on Twitter, and maintained that they have not, in fact, banned capital letters. The statement read, in part:

We follow national best practice teaching guidelines and the memo cited in the press is guidance from a course leader to academic staff, sharing best practice from the latest teaching research to inform their teaching.

For every assignment, academic staff have an ‘unpacking’ session with students so the students are clear on what is expected. The majority of universities do this. It is also about good communication and consistent style. For example, it is best practice not to write in all capital letters regardless of the sector.

In response to today’s comments in the media which allege we have banned capital letters (we haven’t!), we’re really proud of our approach to teaching and learning at Leeds Trinity.

“We have some excellent students but it’s a constant battle against a system that wants to treat them like little kids,” one lecturer told The Express regarding the controversy. “We are not doing our students any favours with this kind of nonsense.”

The students’ union at the University of Manchester, another well-known school in the U.K., recently encouraged people to use silent “jazz hands” instead of clapping, which might “pose an issue to students with anxiety or sensory issues.”