The migrants are part of a thousands-strong migrant caravan that originated in Honduras. The caravan reached the American border with the assistance of charter buses and are now camped in Tijuana with no place to go as they apply for asylum at the American ports of entry.

President Donald Trump, who made the migrant caravan a critical part of the 2018 midterms messaging for the GOP, has hardened the southern border with armed soldiers and razor wire.

Deutsche Welle’s Spanish language channel, DW Español, traveled to Tijuana in order to interview some of the migrants living in the camps. A reporter asked one of the migrants how the living conditions were in the camp. The woman complained about the food she had been given in the camp, calling it food for “pigs” and saying she would “die of hunger” if she did not eat it. 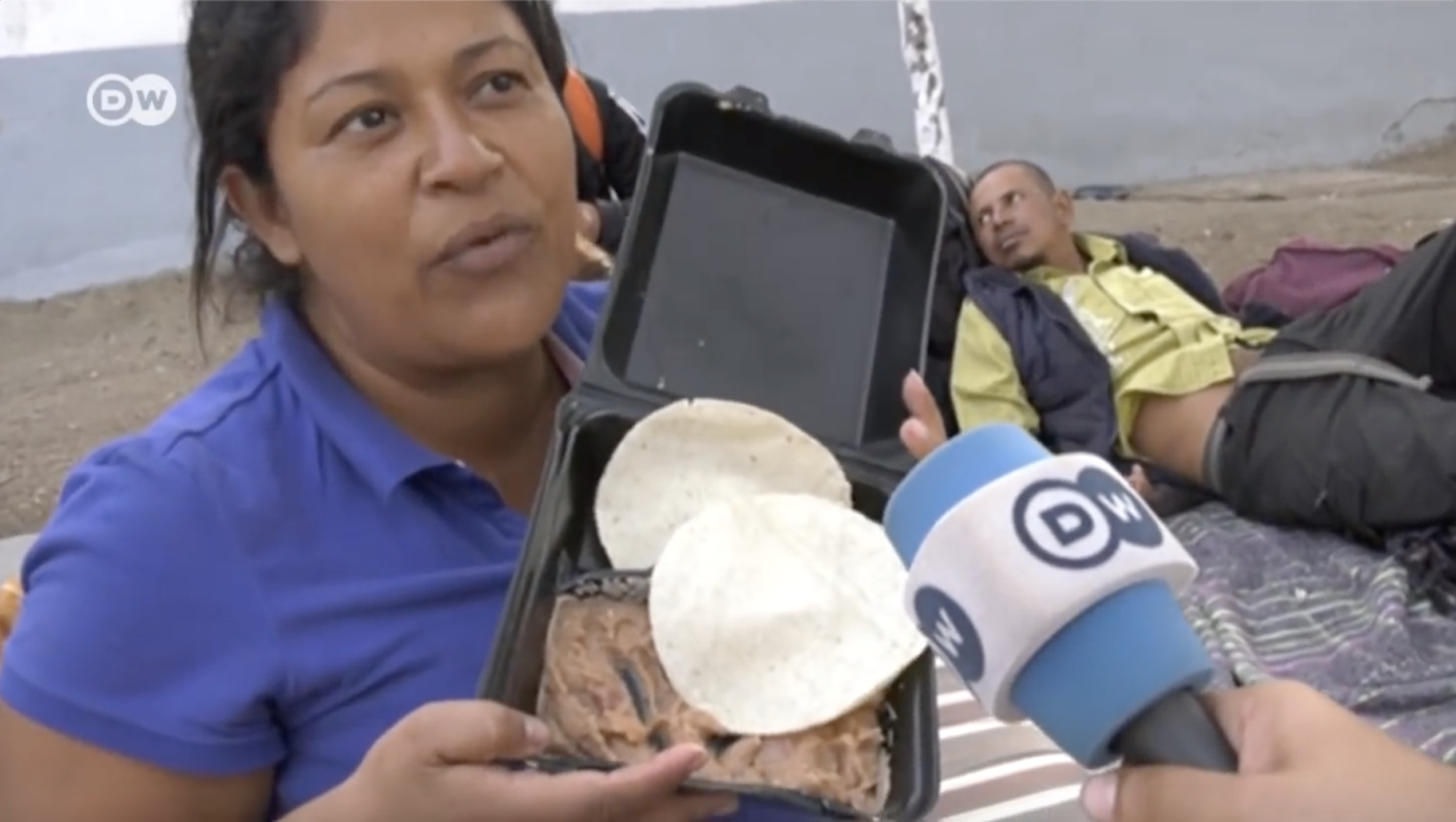 “The truth is, the food that they’re handing out here is terrible,” the woman complained while holding up the food platter. “Look at what they’re giving us. Refried beans, as if they were feeding the pigs. And the truth is, we don’t have any other options. If we don’t eat this, we will die of hunger,” according to the Spanish translation of her answer.

Not everyone in Mexico is pleased with the caravan’s arrival.

“This is an invasion! We demand respect. We demand that our laws be followed,” protesters shouted Sunday, according to a report in the Los Angeles Times.

Tijuana officials have called on the Mexican federal government to intervene to curtail the migrants flow into the city. (RELATED: Tijuana Mayor Denounces ‘Horde’ Of Caravan Migrants, Calls For Swift Deportation)