Justices Neil Gorsuch and Sonia Sotomayor jointly dissented Monday after the U.S. Supreme Court declined to take up a case concerning drunk driving and the Constitution’s confrontation clause, an apparent first for the divergent pair.

Monday’s dissenting opinion from Gorsuch and Sotomayor keeps with the tendency of criminal procedure issues to scramble the Court’s usual alliances.

The case was occasioned in April 2015 when an Alabama woman named Vanessa Stuart, who was driving while intoxicated, collided with another vehicle on Interstate 10. The second vehicle careened off the highway into a wooded area — its driver, Tiffany Howell, died before first responders reached the scene. Stuart was charged with manslaughter and driving under the influence.

Government toxicology reports found Stuart’s blood alcohol content (BAC) in the hours after the accident was between .158 and .174, far above the legal limit. Stuart was charged with manslaughter and driving under the influence. A conviction followed after a six-day jury trial.

On appeal, Stuart said her constitutional right to confront her accuser was violated at trial. Though prosecutors introduced the toxicology reports into evidence and called a laboratory supervisor named Jason Hudson to testify as to their contents, the forensic scientist who conducted the BAC tests never took the stand. A 2011 Supreme Court decision called Bullcoming v. New Mexico forbids this kind of “surrogate testimony.”

“Stuart had the right to confront the witness whose testimonial statements of fact were contained in the ‘reports,'” Stuart’s petition to the high court reads. “The courts below deprived Stuart of that right, saying that it was good enough to have the testimony of Hudson — even though there is no claim that he was involved in the testing of this blood at all. Bullcoming does not allow this.”

Alabama counters by arguing that the reports were not entered as evidence of Stuart’s guilt. Rather, they merely served as the basis for Hudson to calculate Stuart’s BAC at the time of the crash for the jury. This practice, the state says, was sanctioned by the high court in the 2012 Williams v. Illinois ruling. 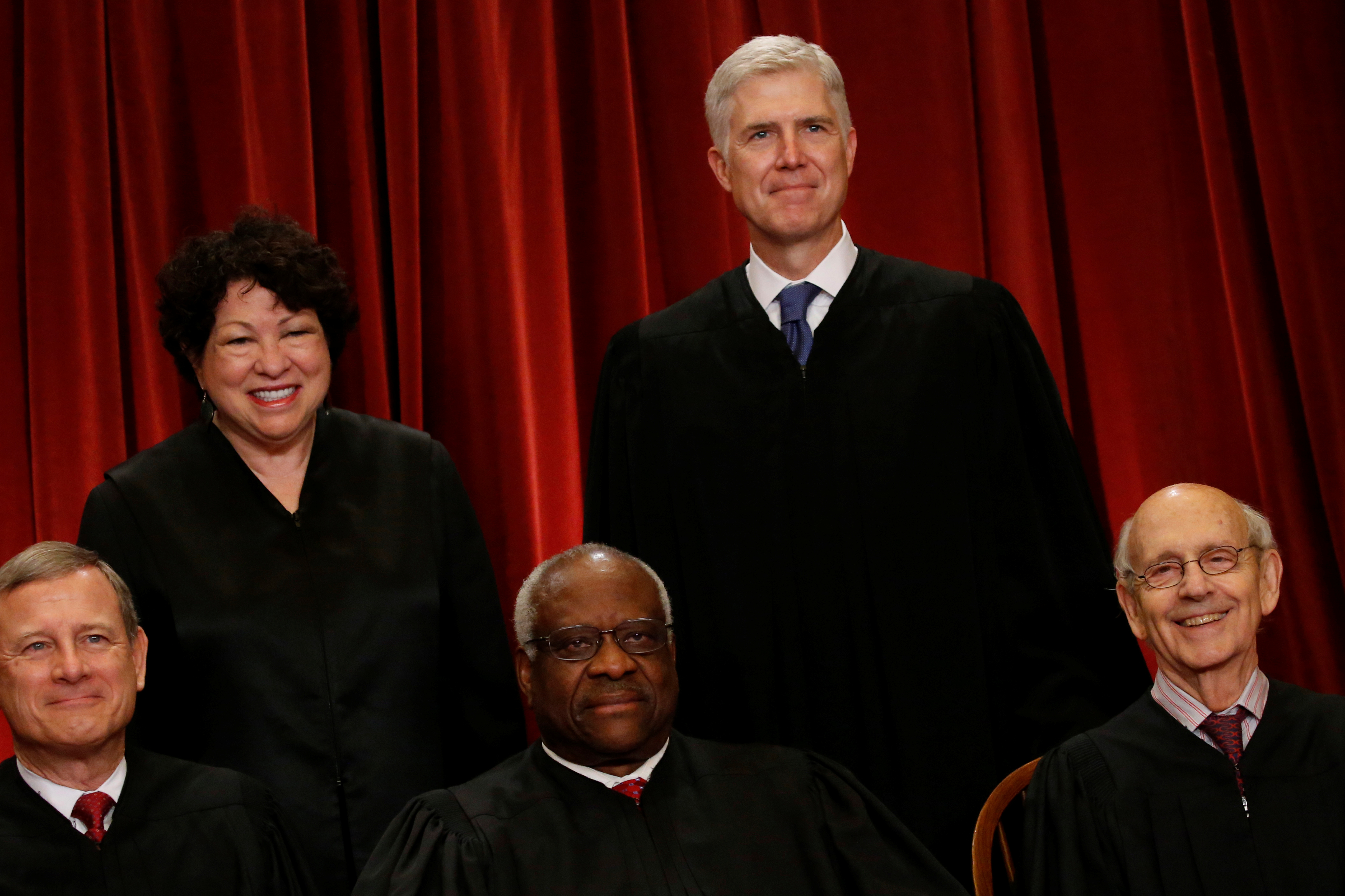 Gorsuch, joined by Sotomayor, wrote separately Monday to acknowledge the high court has created confusion about surrogate testimony which it must definitively resolve.

“I believe we owe lower courts struggling to abide our holdings more clarity than we have afforded them in this area,” Gorsuch wrote.

Elsewhere in the opinion, he extolled the importance of asking hostile questions of witnesses during criminal trials. (RELATED: Justice Sotomayor Reveals How She Greeted Brett Kavanaugh After His Confirmation)

“Because cross-examination may be ‘the greatest legal engine ever invented for the discovery of truth,’ the Constitution promises every person accused of a crime the right to confront his accusers,” he wrote.

Confrontation clause cases do not follow the usual ideological valences. Two conservatives, Justices Antonin Scalia and Clarence Thomas, joined Justice Ruth Bader Ginsburg’s majority opinion in Bullcoming, while Justice Stephen Breyer was in dissent. In the Williams case, Scalia was in dissent with three liberals while Breyer was in the majority with four conservatives.

Gorsuch and Sotomayor have been active together both on and off the bench in recent weeks. The pair appeared on CBS Sunday Morning to lobby for greater civic education on Nov. 4.

Sotomayor has been especially engaged on criminal justice matters in recent years. She wrote a separate opinion on Nov. 2 after a Tennessee inmate asked to be executed in the electric chair rather than submitting to the state’s lethal injection protocol.