Paris Hilton’s 11-month engagement to fiance Chris Zylka is over and, reportedly, she’s the one that put the brakes on the pending nuptials.

“She broke up with him,” a source close to the 37-year-old reality star/socialite shared with Fox News Monday. “She realized he is not the guy for her.” (SLIDESHOW: The Sexiest Looks From The Victoria’s Secret Fashion Show) 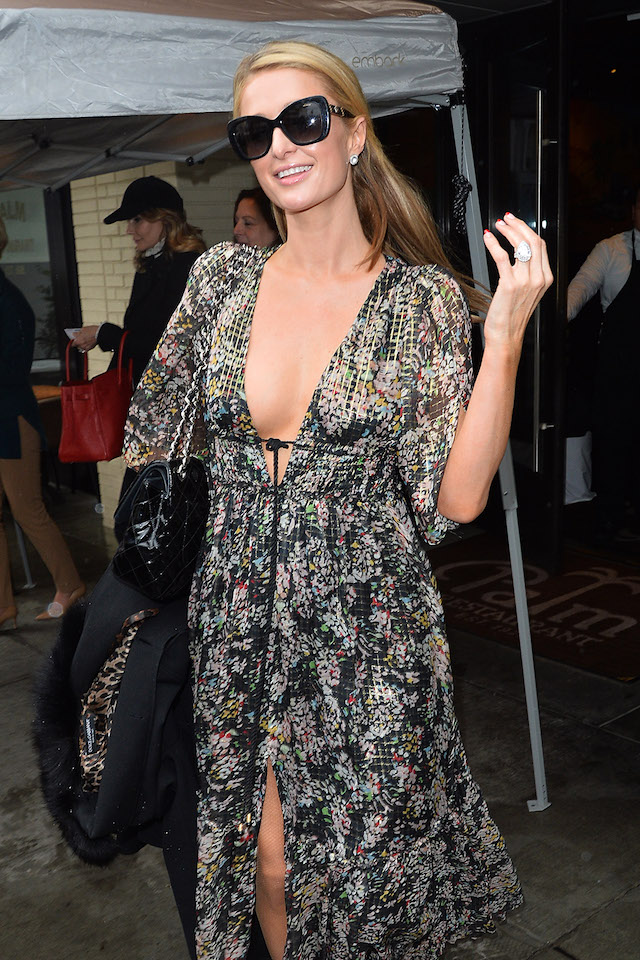 “She wishes him all the best and hopes they can remain friends,” the source close to the couple added.

The news comes following another report by People magazine that the heiress and Zylka were never actually going to get married, according to an insider, as his parents had reportedly not even met her parents yet: “This wedding was never going to happen. They never had an engagement party and Chris’ parents never even met Paris’ parents.”

“They postponed the 11/11 date without a new date,” the source added, referring to an announcement by Hilton that the wedding had been delayed due to their busy schedules. “No one is surprised by this at all. Paris got caught up in wanting a wedding ([her siblings] are both married) and she just didn’t think about the marriage part. It was never going to work with Chris.

Back in August, Hilton pushed back about the delay in wedding plans, saying that the 11/11 date was never actually a “set date.”

“I was like yeah, but I didn’t look at my schedule. Then this summer we were looking at our schedules and I was like, ‘Oh my goodness we are both working nonstop until like New Year’s,'” she added.

Following New Year’s earlier this year, the DJ made headlines when she announced that she and Zylka were engaged with an Instagram post showing off the 20-carat, $2 million ring.

The couple reportedly met eight years ago, but only started dating in 2016.