President Donald Trump has reached a personal best approval rating on economic performance. His economic approval rating is also seven points higher than the average achievement ratings of other presidents reaching back to Ronald Reagan.

A Gallup poll released Monday found that 53 percent of Americans asked approve of the president’s job performance on the economy. That’s three percentage points higher than the number found by Gallup in an August survey — previously his personal best on the issue. (RELATED: Trump Fires Off Blistering Tweets Over NYT Story Claiming Hes Questioned Pence’s Loyalty) 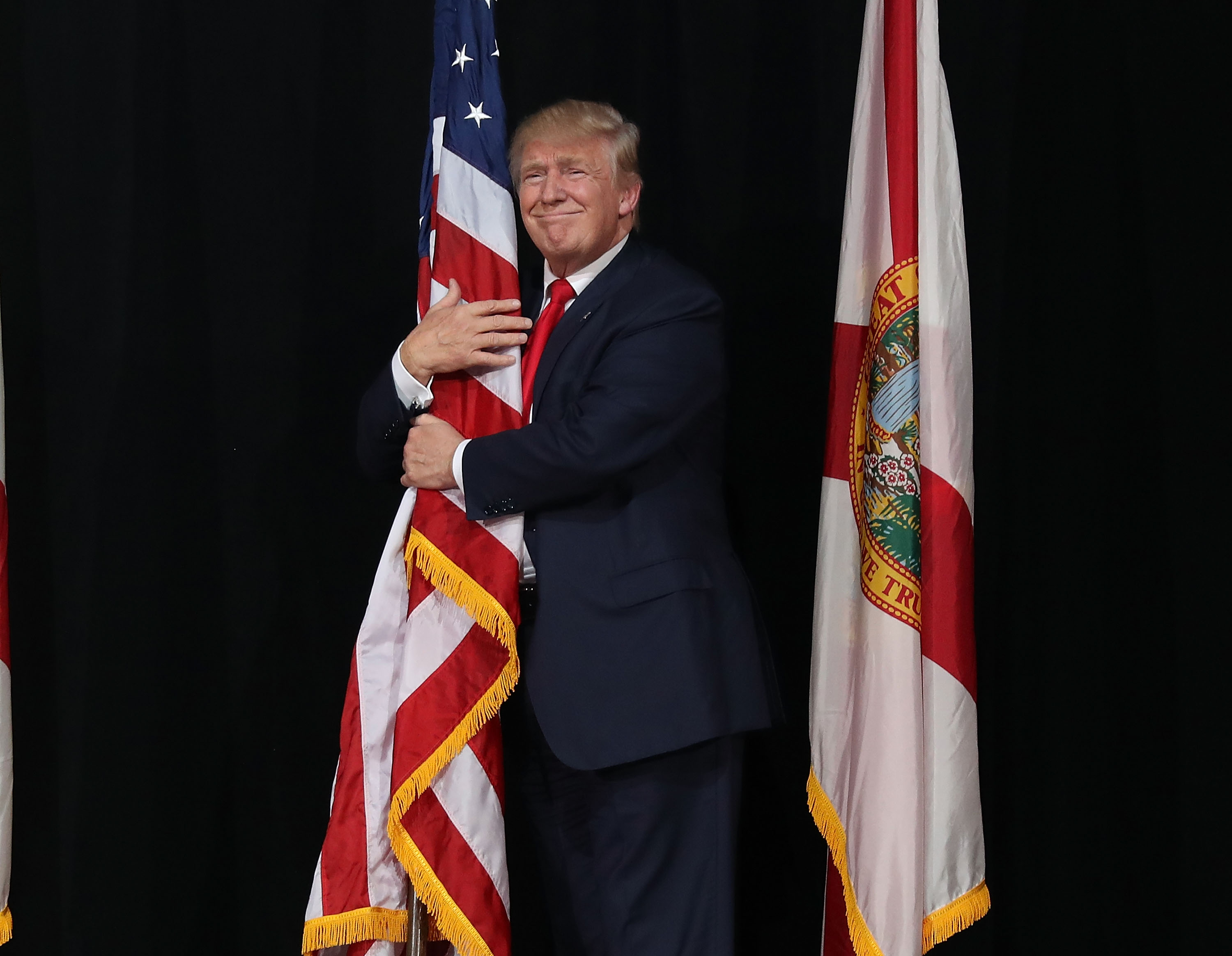 TAMPA, FL – OCTOBER 24: Republican presidential candidate Donald Trump hugs the American flag as he arrives for a campaign rally at the MidFlorida Credit Union Amphitheatre on October 24, 2016 in Tampa, Florida. There are 14 days until the the presidential election. (Photo by Joe Raedle/Getty Images)

Gallup noted that Trump is out-performing the approval ratings that previous presidents received on economic performance.

“Trump’s last two ratings on handling the economy — 53 percent now and 50 percent in August — are well above the average of 45 percent on this economic approval measure across presidents extending from Ronald Reagan through Barack Obama.” (RELATED: Trump Already Has $100 Million For Re-Election Campaign)

The Trump administration is enjoying a boisterous economy that is both setting a global standard and pushing unemployment down to levels not seen since the late 1970s.

Ethnic groups that have traditionally been afflicted by high levels of unemployment, too, are seeing a reverse in that trend, with black unemployment rates lower than they have been since 1972. The stock market remains bullish despite predictions from some liberal economists that the economy would tank under Trump.

The same Gallup poll suggests that Trump is enjoying less acclaim from the voters on issues like foreign affairs, immigration and health care, with fewer than 50 percent of respondents indicating their approval in these policy areas. 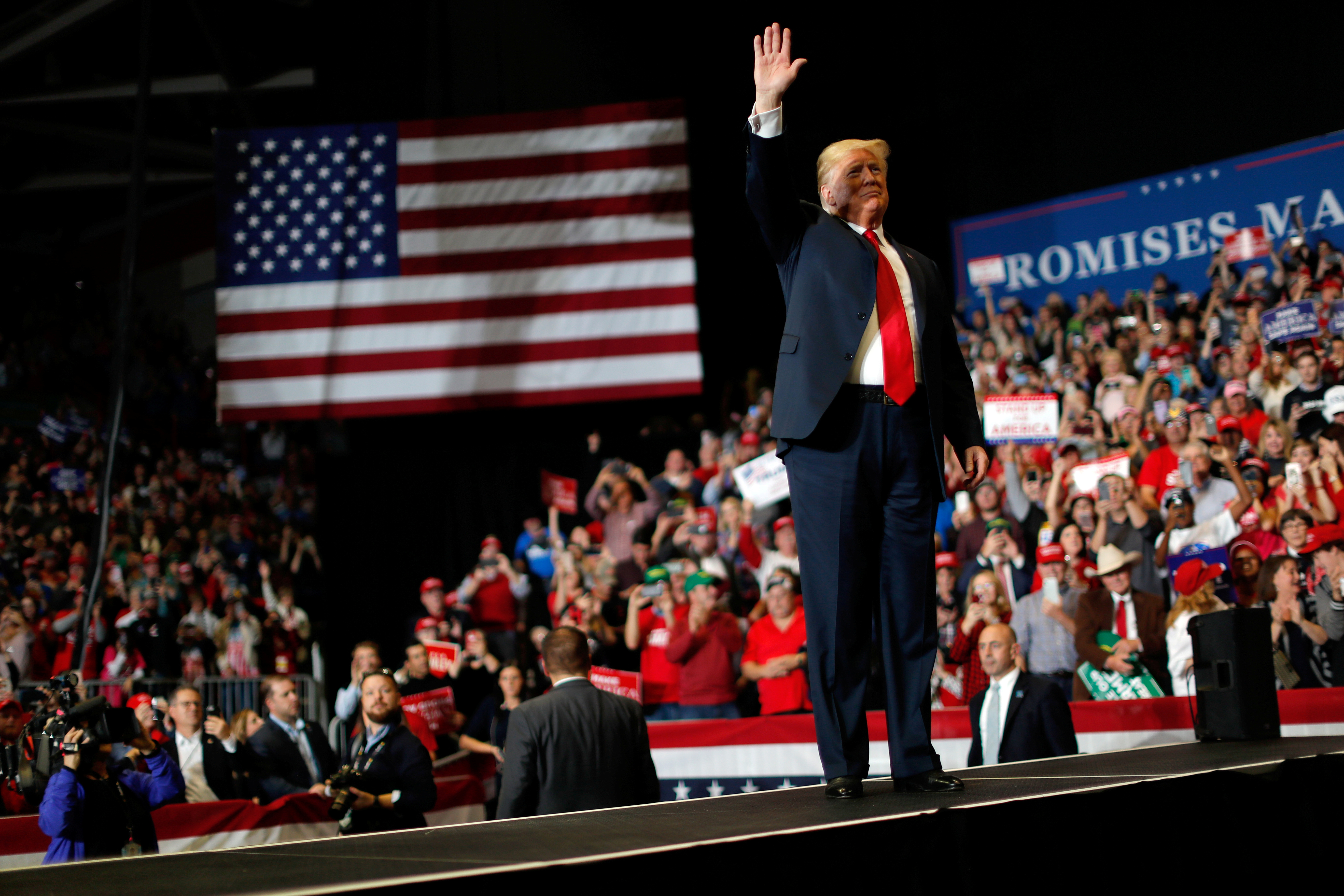 U.S. President Donald Trump waves to supporters at a campaign rally on the eve of the U.S. mid-term elections at the Show Me Center in Cape Girardeau, Missouri, U.S., Nov.  5, 2018. REUTERS/Carlos Barria/File Photo

Gallup questioned 1,037 people during the period Nov. 1-11 — talking to some respondents before the midterm elections this month and others following the voting. The margin of error for the poll is plus or minus four percentage points.