Univision host Enrique Acevedo chalked anti-caravan protesters in Tijuana, Mexico, up to “racism,” which he said, “flows freely across borders.” He didn’t have a straight answer for Tucker Carlson when the Fox News host pointed out on his show Monday night that they were all the same race.

Hundreds of protesters took to the streets in Tijuana to protest on Monday. Demonstrators held signs that read “No illegals,” “No to the invasion” and “Mexico First,” according to NPR.

“We just saw a group of Mexican citizens in Tijuana saying basically the same things that President Trump says almost to the word, endorsing Trump. Are they white supremacists?” Carlson asked. (RELATED: Tucker Calls Out Reporter Covering The Caravan Who Says It’s Mostly Women And Babies)

“Well, you have to understand that unlike human beings, intolerance, hate and even racism flow freely across the borders and that is what you saw in those interviews. They are not running for president,” Acevedo responded. “They are not running for President of the United States either. They are part of a group of around 300 protesters in a city of 1.3 million who, like many others are along the way this caravan are opposed to their presence in Tijuana, and the overwhelming majority of people in Tijuana welcome immigrants. It’s a city of –.” 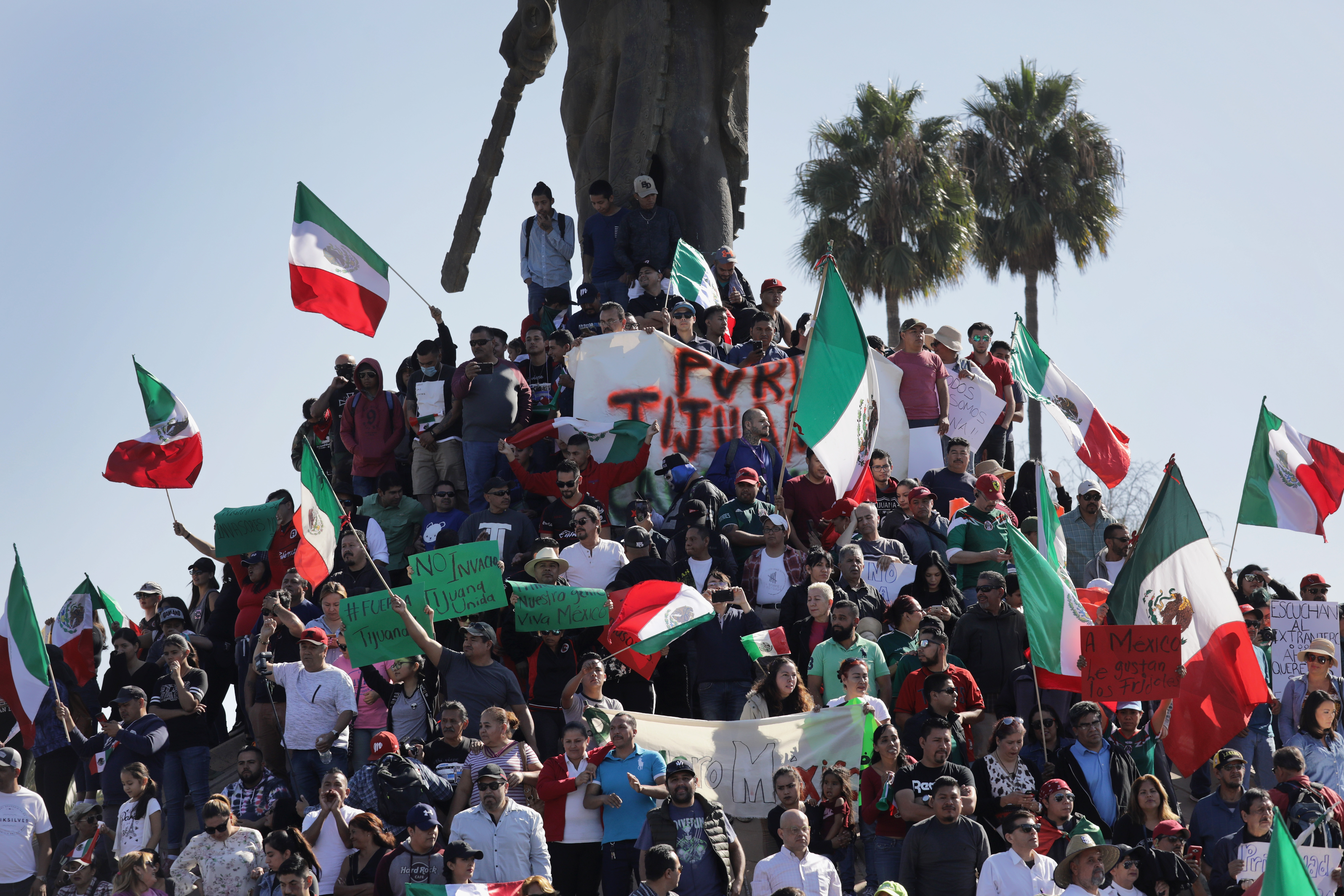 Carlson added, “Wait, can I back up for a second? Is a big city for sure. Hold on, you just said that they are racist, but they are Latino, Spanish-speaking Latinos, attacking other Spanish-speaking at Latinos. So where is the racism?” (RELATED: Filmmaker Ami Horowitz Embedded Himself In The Migrant Caravan)

“Well, we are not a monolithic community, Tucker.  We have people from Central America, from Venezuela, from Colombia, different backgrounds, different ethnicities. Racism exists in Mexico toward Central Americans. It’s not new,” Acevedo continued.

“But I’m not quite sure how it’s racism if they appear to be of the same race. But moreover, they said, and I think I said quoting one of the protesters, it’s not about racism. This is almost exactly what he said. ‘We want our government to enforce our borders,’ which is what a lot of people including me say frequently in the United States,” Carlson concluded.