A Chicago police officer, a doctor and a young pharmacy resident were killed Monday afternoon when a gunman opened fire at a hospital in the city’s Near South Side.

Officer Samuel Jimenez, who had been on the force less than two years, was killed as he went to back up other officers who were responding to a call of an assault at Mercy Hospital & Medical Center.

The shooter entered the hospital and confronted doctor Tamara O’Neal, arguing with her about a “broken engagement,” the Chicago Tribune reported, citing police sources. He then fatally shot O’Neal multiple times as officers were arriving on the scene.

As they entered the hospital, Jimenez and other responding officers exchanged gunfire with the shooter. Jimenez was hit in the lobby and transported in critical condition to nearby University of Chicago Medical Center, where he later died.

Today, we mourn Chicago Police Officer Samuel Jimenez. His heroic actions saved countless lives. He ran toward danger. He ran toward those shots. He ran into fire. Selflessly.

The shootout also claimed the life of first-year pharmacy resident Dayna Less, 25, who was hit as she stepped out of an elevator, police say. A recent graduate of Purdue University, Less had been working at Mercy Hospital for just four months, the Tribune reported.

The suspected attacker was later identified as 32-year-old Juan Lopez. He was found dead inside the hospital with a gunshot wound to the head, though it was not immediately clear if the wound was self-inflicted. 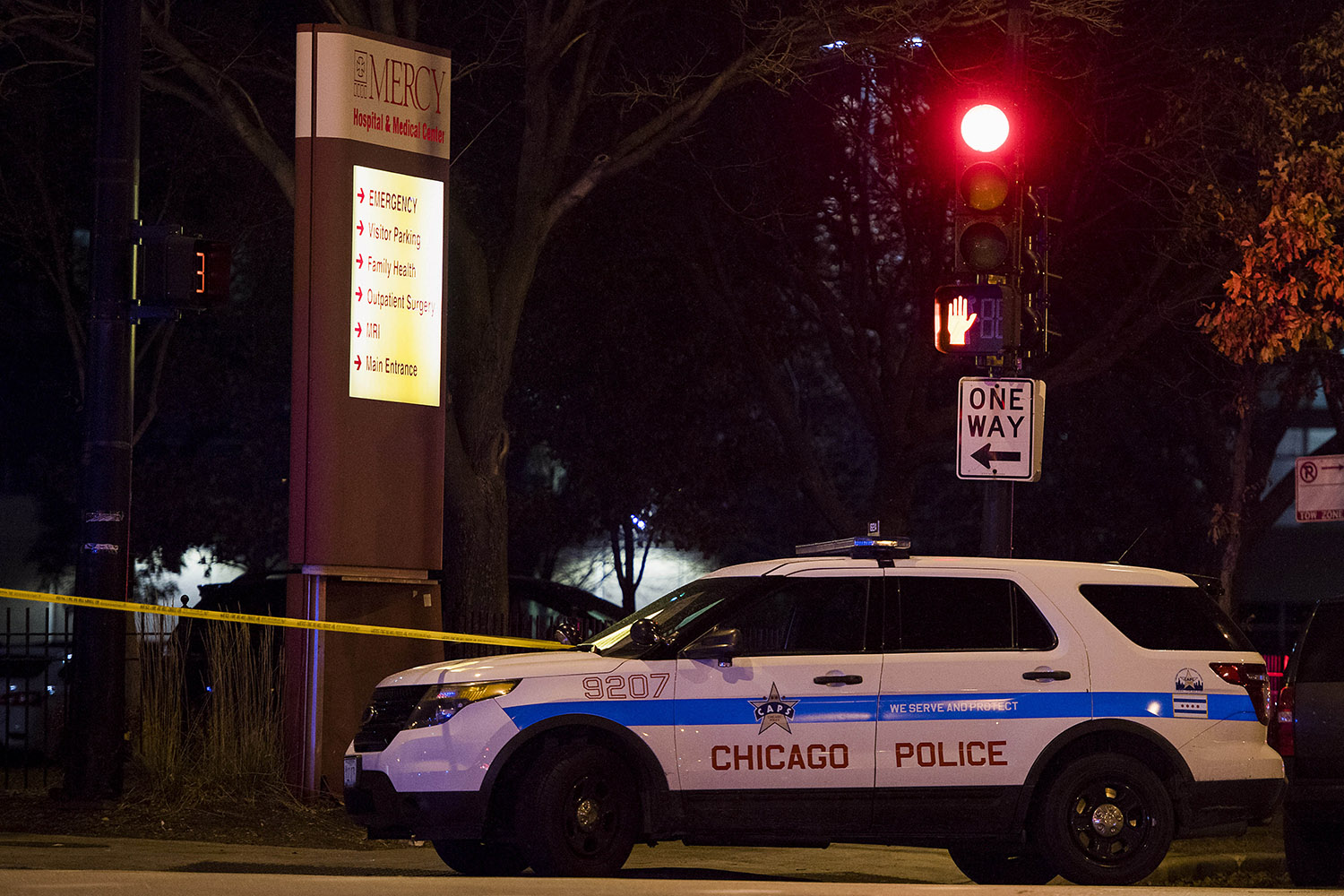 A general view of the crime scene at Mercy Hospital and Medial Center in Chicago, Illinois. Quinn Harris-USA TODAY Sports/REUTERS

Jimenez, 28, is survived by his wife and three children. He completed his 18-month probationary period with the Chicago Police Department in August. (RELATED: Slain Chicago Police Officer Was 31-Year Veteran Who Joined Footchase Without Hesitation)

“Those officers that responded today saved a lot of lives,” Chicago police Superintendent Eddie Johnson said at news conference Monday night. “They were heroes because we just don’t know how much damage (the shooter) was prepared to do.”

“When they pulled up, they heard the gunshots, and they did what heroic officers always do — they ran toward that gunfire,” Johnson added. “So they weren’t assigned to that particular call, but they went because that’s what we do.”

Jimenez is the second Chicago police officer to be shot and killed in the line of duty this year. Near North District Cmdr. Paul Bauer was killed in the downtown Loop district in February.