In a race that was still considered a toss-up two weeks after the final ballots were cast, Salt Lake County Mayor Ben McAdams has emerged the victor in Utah’s 4th Congressional District.

A nail-biter to the very end, McAdams gained and lost his lead over Republican incumbent Mia Love several times before the final tally was reached on Tuesday.

BREAKING: As expected, #UT04 GOP Rep. Mia Love (R) has pulled into the lead over Ben McAdams (D) by 419 votes. Hard to see how she relinquishes it now. https://t.co/nfsptUdHiN

Republican incumbent Rep. Ludmya “Mia” Love has held the 4th Congressional District since 2015 — after losing a bid for the seat in 2012 — and has the distinction of being both the first black female Republican elected to Congress and the first Haitian-American to serve in Congress representing Utah. 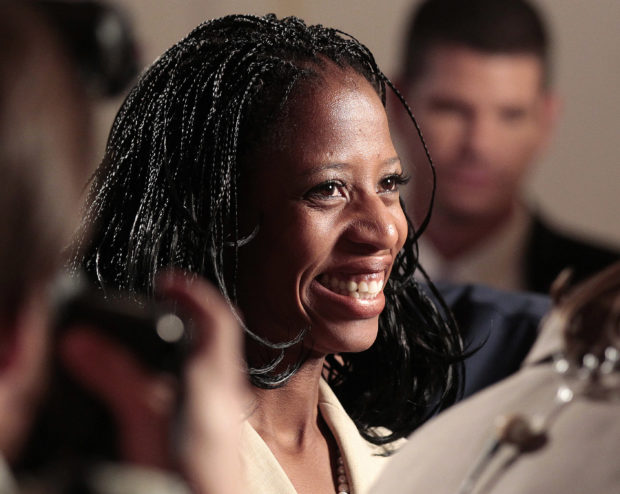 Mia Love, the Republican candidate for the 4th congressional district, talks to the press from the party headquarters as results come in for the U.S. presidential election in Salt Lake City, Utah, November 6, 2012. REUTERS/George Frey

McAdams kept the race especially competitive in recent weeks. Several polls taken in the final weeks of the race showed McAdams with a lead ranging from 2.3 to 7 points — but the Real Clear Politics (RCP) average still classified the race as a toss-up even as the polling places were beginning to close.

Starting this 4th of July off right with a parade in Murray! Next parade stops: West Jordan and Sandy. Hope to see you there! You’ll recognize me by the giant orange bus. #4thofjuly #independenceday #utpol pic.twitter.com/1t9iqYQtuJ

Utah was among a growing number of states reporting record numbers at the polls, showing a much higher turnout than the 2014 midterm elections by double-digit margins. (RELATED: Rep. Mia Love Sues To Hit ‘Pause’ On Vote Counts: Here’s Why)

UPDATE: #Utah voter turnout for #Midterms2018 now at 53.5% More than 750,000 ballots already processed. (For comparison, in the 2014 midterm Utah had 46.25% voter turnout.) Justin Lee with @ElectionsUtah says a lot of ballots are still in the mail. @KSL5TV @kslnewsradio @KSLcom pic.twitter.com/BHyNSH0A90

When the final votes were counted on Tuesday, McAdams won the seat with margin of fewer than 700 votes. In spite of the fact that the election had not yet been called, McAdams has spent the last week on Capitol Hill for new member orientation — and added his name to a letter opposing Democratic California Rep. Nancy Pelosi’s bid for House speaker.