TOPSHOT – Honduran migrants take part in a new caravan heading to the US with Honduran and Guatemalan national flags in Quezaltepeque, Chiquimula, Guatemala on October 22, 2018. – US President Donald Trump on Monday called the migrant caravan heading toward the US-Mexico border a national emergency, saying he has alerted the US border patrol and military. (Photo by ORLANDO ESTRADA / AFP) (Photo credit should read ORLANDO ESTRADA/AFP/Getty Images)

“Our asylum system is broken, and it is being abused by tens of thousands of meritless claims every year,” a joint Department of Justice and Department of Homeland Security statement declared. “It is absurd that a set of advocacy groups can be found to have standing to sue to stop the entire Federal Government from acting so that illegal aliens can receive a government benefit to which they are not entitled.”

Both DOJ and DHS vowed to fight the Tuesday ruling by the 9th circuit saying “we look forward to continuing to defend the Executive Branch’s legitimate and well-reasoned exercise of its authority to address the crisis at our southern border.” 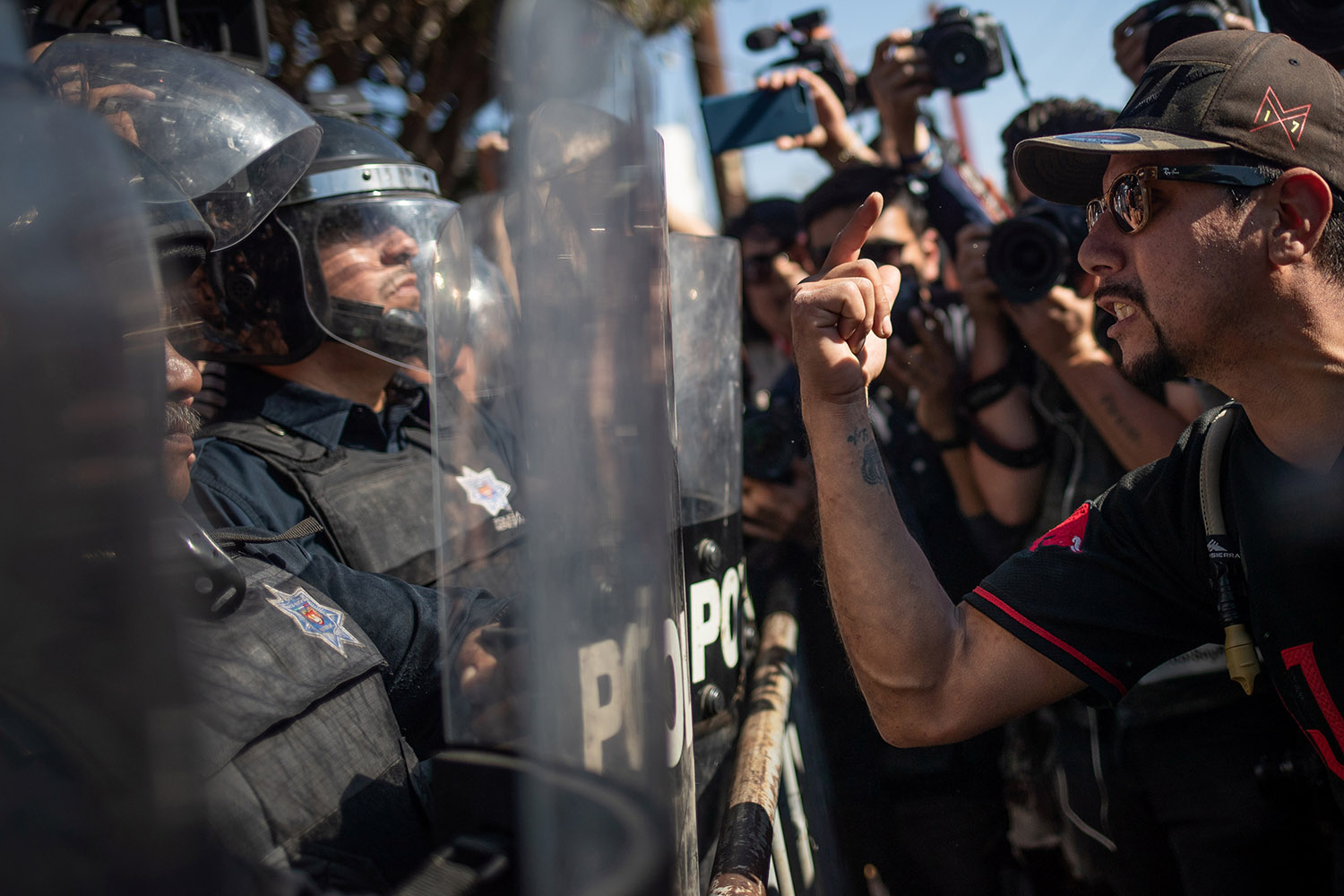 A demonstrator, part of a protest march against migrants, shouts towards a line of police in riot gear who were standing guard over a temporary shelter housing a caravan from Central America trying to reach the U.S., in Tijuana, Mexico November 18, 2018. REUTERS/Adrees Latif

Officials say this process flagrantly violates U.S. law and allows for a disorderly loophole that is overwhelming U.S. detention facilities.

Opponents of Trump’s action, however, argue that it violates federal law, which states:

The judge referenced federal law along with United Nations protocols that the U.S. is also party to declare, “The failure to comply with entry requirements such as arriving at a designated port of entry should bear little, if any, weight in the asylum process.”