“The world is a very dangerous place!” the unusual presidential missive began, outlining his view of the threat that the Islamic Republic of Iran poses and the importance — in his eyes — of how important the U.S.-Saudi relationship is in countering it.

Trump also repeated his often refrain that Saudi Arabia has agreed to hundreds of billions of dollars in U.S. arms manufacturing contracts and that he is loathe to give them up over the killing of Khashoggi. (RELATED: Trump Says There’s ‘No Reason’ For Him To Listen To Khashoggi Tape) 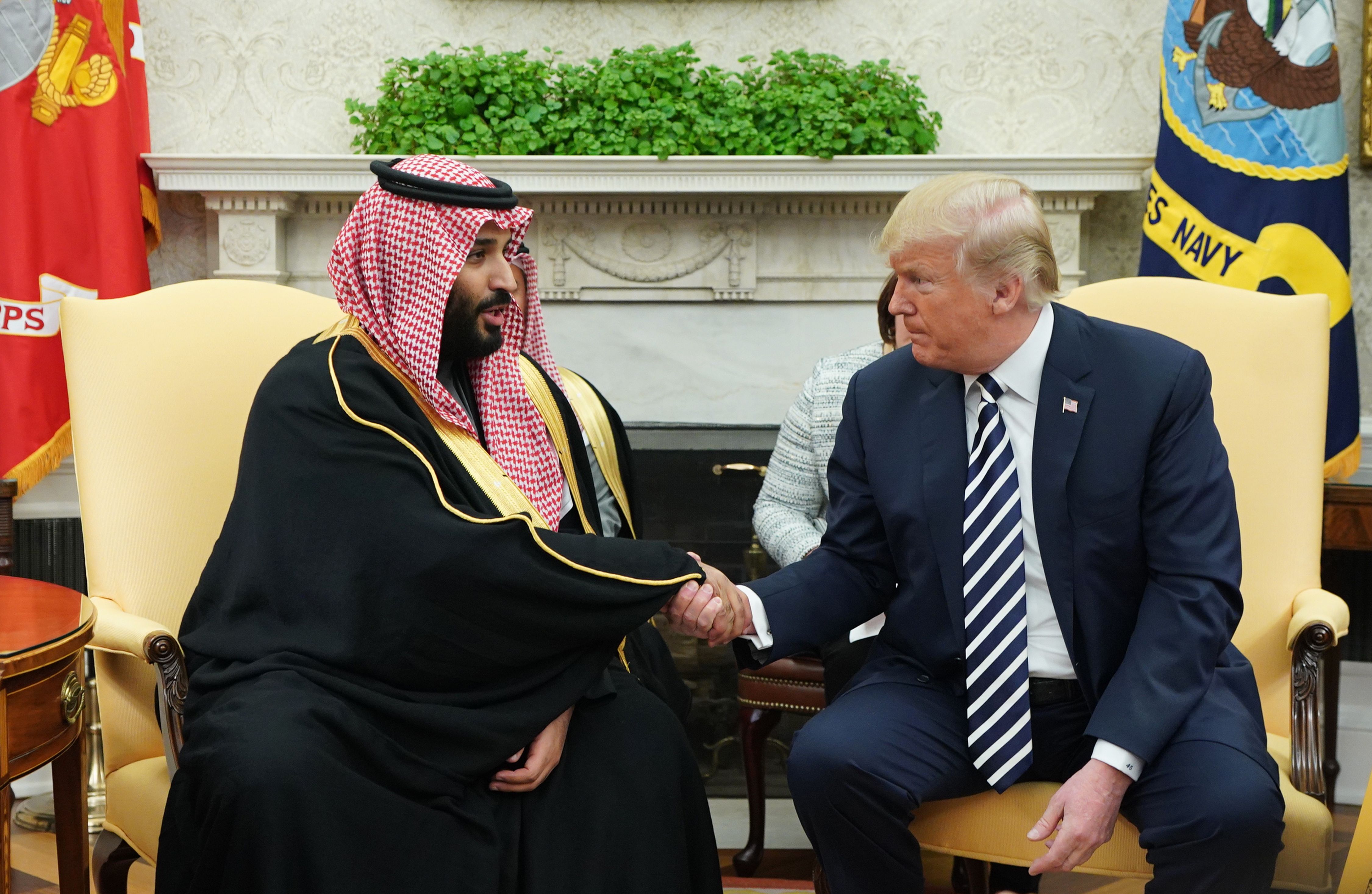 “If we foolishly cancel these contracts, Russia and China would be the enormous beneficiaries — and very happy to acquire all of this newfound business. It would be a wonderful gift to them directly from the United States!” the president declared.

The president has come under pressure to punish Saudi Arabia after it admitted to killing Khashoggi inside its consulate in Istanbul over a month ago.

The killing involved a gruesome dismemberment and luring of the columnist under false pretenses. Saudi Arabia at first denied any involvement in the killing but admitted guilt after the Turkish government began to release information tying them to the crime.

Trump has again come under pressure in recent days after reports that the CIA has definitively concluded that not only is Saudi Arabia responsible for the crime but that it was ordered by Crown Prince Mohammed Bin-Salman (MBS) himself. 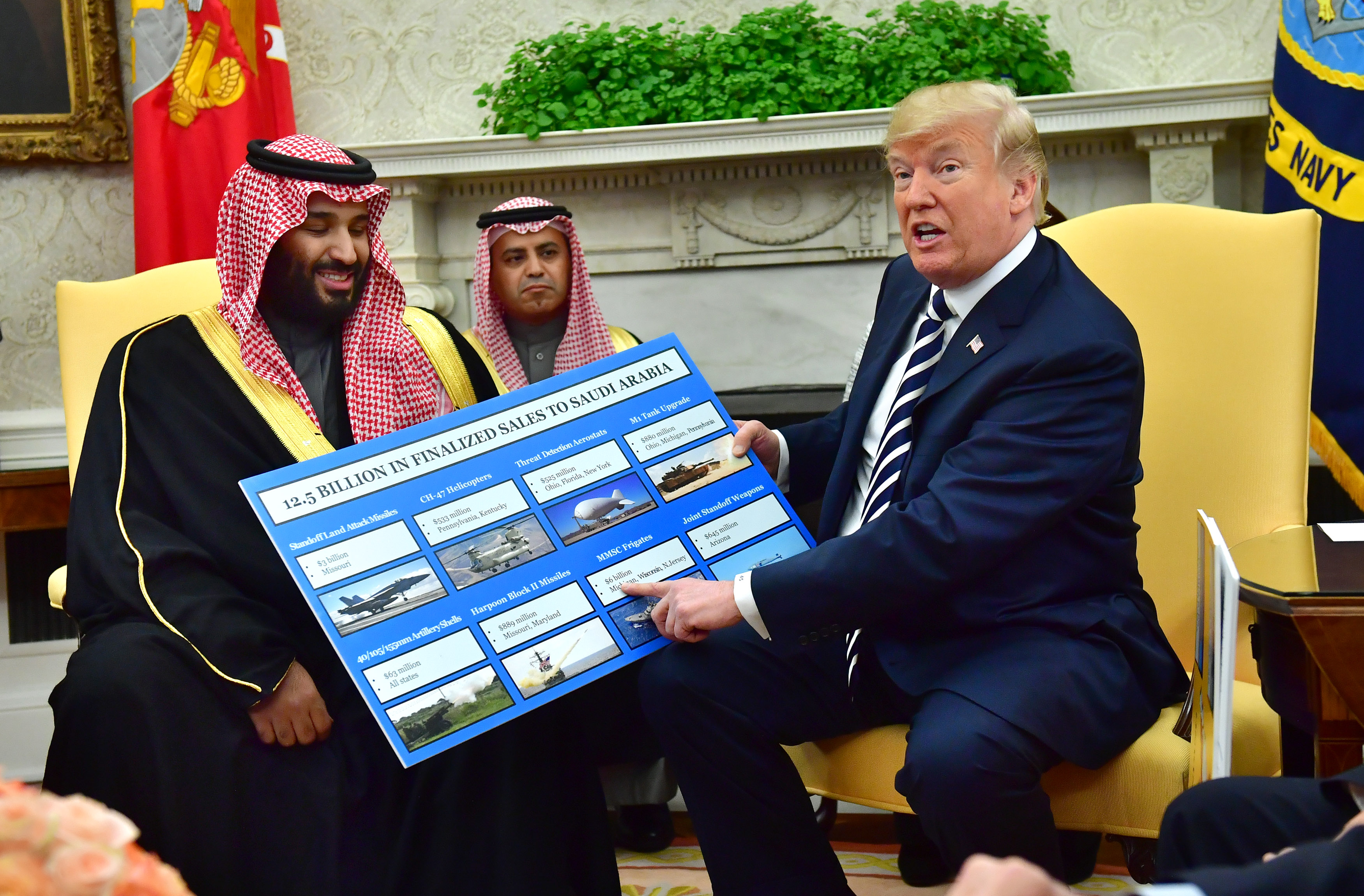 WASHINGTON, DC – MARCH 20: President Donald Trump (R) holds up a chart of military hardware sales as he meets with Crown Prince Mohammed bin Salman of the Kingdom of Saudi Arabia in the Oval Office at the White House on March 20, 2018 in Washington, D.C. (Photo by Kevin Dietsch-Pool/Getty Images)

The president and his administration have pointed out that the U.S. has already imposed sanctions on 17 Saudi Arabians for the killing of Khashoggi. “These individuals who targeted and brutally killed a journalist who resided and worked in the United States must face consequences for their actions,” Treasury Secretary Steven Mnuchin said in a statement.

The president denied these reports in his statement, saying, “Our intelligence agencies continue to assess all information, but it could very well be that the Crown Prince had knowledge of this tragic event — maybe he did and maybe he didn’t!”

Trump prefaced this denial by noting Saudi Arabia’s claim that Khashoggi was a member of the Muslim Brotherhood and an enemy to their regime.

Trump arrived at his final declaration by stating, “We may never know all of the facts surrounding the murder of Mr. Jamal Khashoggi” and “that our relationship is with the Kingdom of Saudi Arabia. They have been a great ally in our very important fight against Iran. The United States intends to remain a steadfast partner of Saudi Arabia to ensure the interests of our country.”

Trump left the door open to congressional efforts to impose additional sanctions on Saudi Arabia for Khashoggi’s killing noting that “I will consider whatever ideas are presented to me, but only if they are consistent with the absolute security and safety of America.”