Democratic voters heavily prefer House Minority Leader Nancy Pelosi reclaim her role as speaker of the House when the Democrats takes back leadership, according to a poll released Wednesday.

A Politico-Morning Consult survey showed that 48 percent of voters who registered as Democrats would like to see the Democratic California congresswoman in the speakership position, compared to 22 percent of such voters who oppose.

However, only 27 percent of all voters, regardless of party affiliation, believe Pelosi should be made speaker while 43 percent believe someone else should lead the party. (RELATED: With McAdams’ Victory, A Pelosi Speakership Rests On Thin Ice)

Pelosi served as the speaker of the House from 2007 until 2011, the only woman to ever hold that position. She has announced she will be running for re-election to the leadership role, which would make her only the seventh individual to return to the speakership on non-consecutive terms if elected.

The survey also showed that Pelosi’s favorability was underwater with less than one-third of total voters viewing her favorably. Only 29 percent of registered voters had a favorable opinion of the minority leader, while 46 percent view her unfavorably. 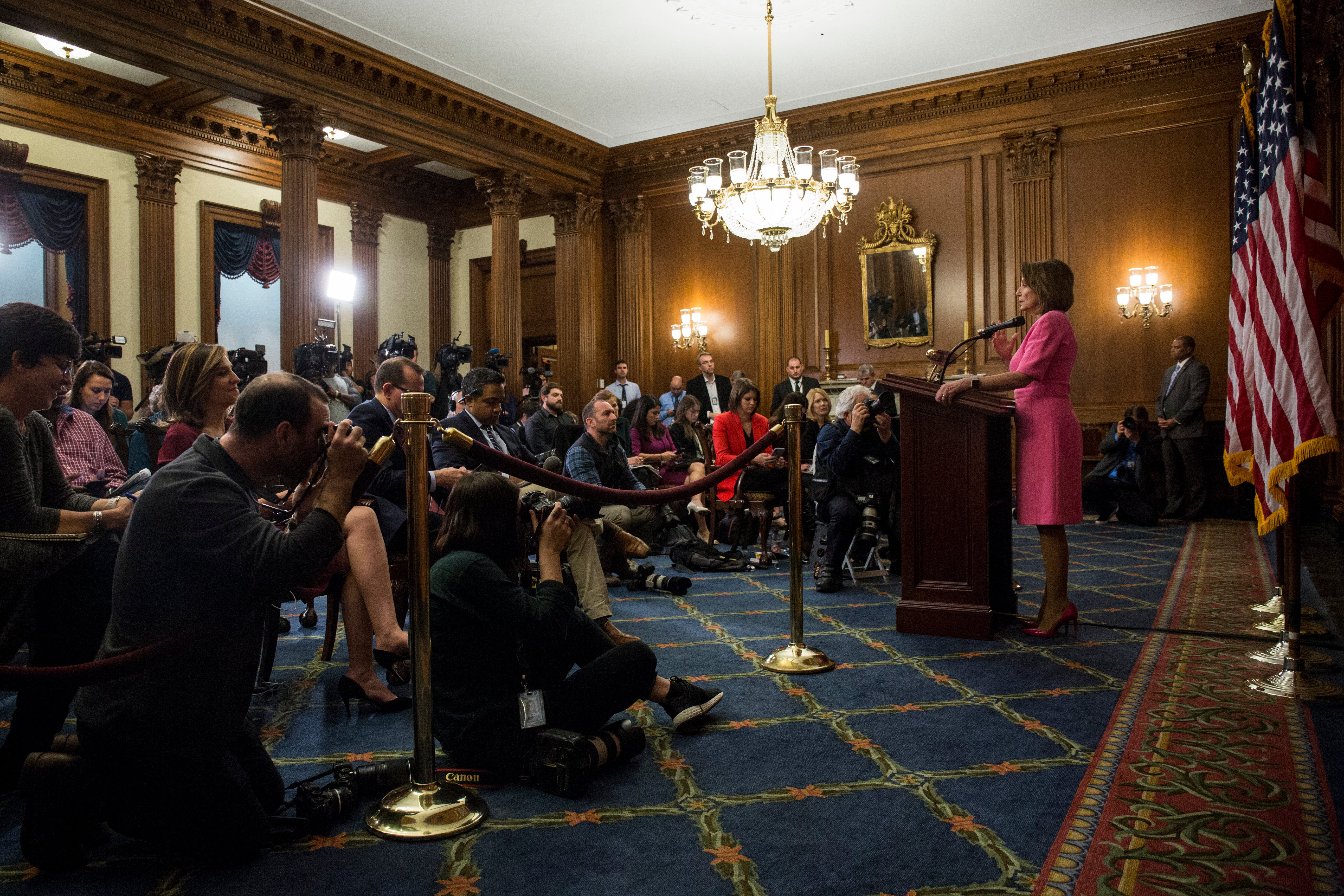 While a host of Democratic congressmen and congressmen-elect have expressed their opposition to Pelosi, she has stated that she is “100 percent” confident she’ll become the next speaker.

“I will be the speaker of the People’s House,” Pelosi said in an interview with CNN’s Chris Cuomo earlier in November.

“As we go forward we want, as I said, an open Congress, a bipartisan Congress, a unifying Congress,” Pelosi continued. “We’re not here to divide. We’re here to unify.”

The internal poll was conducted between Nov. 15 and 18 and was comprised of a sample size of 1,957 registered voters with a 2.0 point margin of error.