In a pair of afternoon tweets from his Mar-a-Lago retreat in Florida, Trump said that a series of rulings that stalled his immigration agenda have jeopardized the security of the nation.

Sorry Chief Justice John Roberts, but you do indeed have “Obama judges,” and they have a much different point of view than the people who are charged with the safety of our country. It would be great if the 9th Circuit was indeed an “independent judiciary,” but if it is why……

…..are so many opposing view (on Border and Safety) cases filed there, and why are a vast number of those cases overturned. Please study the numbers, they are shocking. We need protection and security – these rulings are making our country unsafe! Very dangerous and unwise!

“This was an Obama judge,” Trump told reporters. “And I’ll tell you what, it’s not going to happen like this anymore.” (RELATED: In This Case, It’s Sonia Sotomayor And Neil Gorsuch Against The Rest)

The chief justice issued a rare public statement in response defending the courts, which was all the more remarkable in that sitting justices seldom comment on the news of the day.

“We do not have Obama judges or Trump judges, Bush judges or Clinton judges,” Roberts told The Associated Press. “What we have is an extraordinary group of dedicated judges doing their level best to do equal right to those appearing before them. That independent judiciary is something we should all be thankful for.” 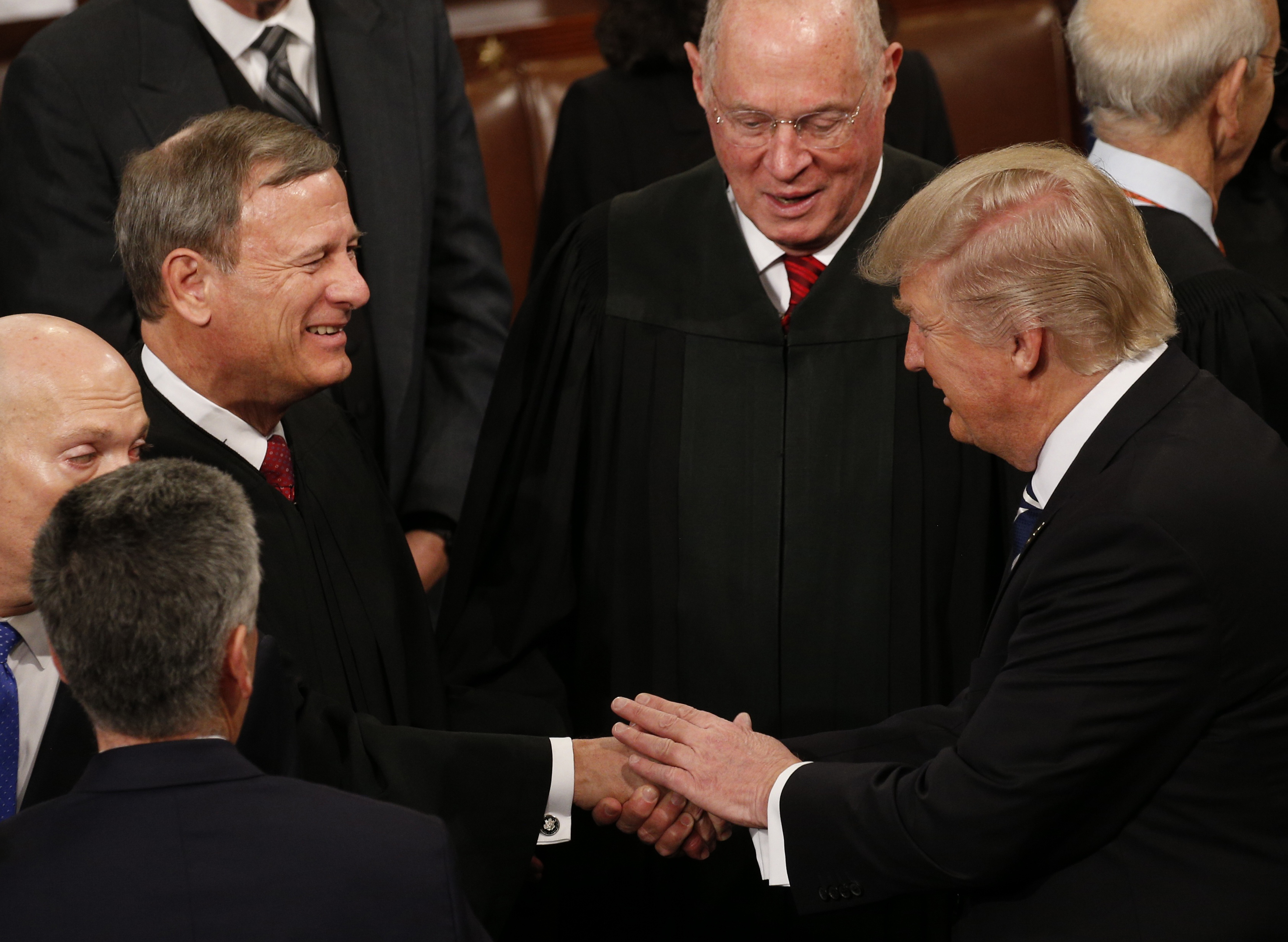 There are few precedents in the modern era for Wednesday’s exchange between the president and the chief justice. The nearest historical corollary may be former President Franklin Roosevelt’s feud with the Supreme Court of the 1930s, whose arch-conservative majority struck down many of his New Deal measures.

Roosevelt actively campaigned to expand the size of the court, in a bid to place progressive loyalists on the bench and save his economic program. He eventually backed down from this generally disfavored scheme, now known as “court-packing.”