“I think it’s a disgrace when every case gets filed in the 9th Circuit,” Trump said, responding to a California judge’s decision against his administration’s asylum rules. “That’s not law, that’s not what this country stands for. Every case that gets filed in the 9th Circuit, we get beaten and then we end up having to go to the Supreme Court, like the travel ban, and we won.” 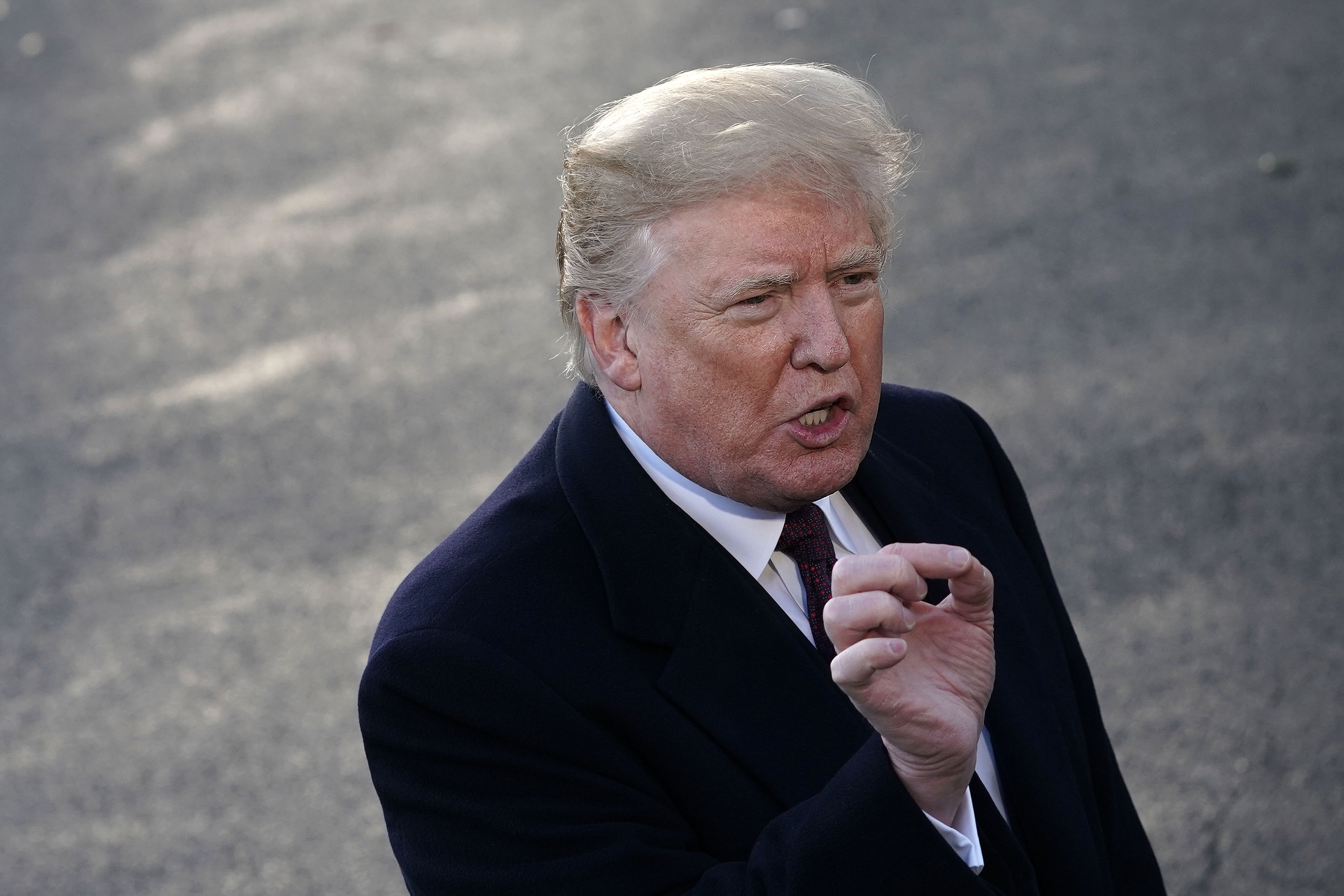 WASHINGTON, DC – NOVEMBER 20: U.S. President Donald Trump speaks to members of the media prior to his departure from the White House November 20, 2018 in Washington, DC. President Trump is traveling to his Mar-a-Lago resort in Palm Beach, Florida, for the Thanksgiving holiday. (Photo by Alex Wong/Getty Images)

Roberts responded the next day in a statement to the Associated Press:

We do not have Obama judges or Trump judges, Bush judges or Clinton judges. What we have is an extraordinary group of dedicated judges doing their level best to do equal right to those appearing before them. That independent judiciary is something we should all be thankful for.

Soon after, the Senate Judiciary Committee Chairman used Twitter to jump into the fray and remind everyone that Trump wasn’t the first president to criticize a judge with regard to a ruling — even a Supreme Court ruling.

“Chief Justice Roberts rebuked Trump for a comment he made abt judge’s decision on asylum,” Grassley tweeted. “I don’t recall the Chief attacking Obama when that Prez rebuked Alito during a State of the Union.” 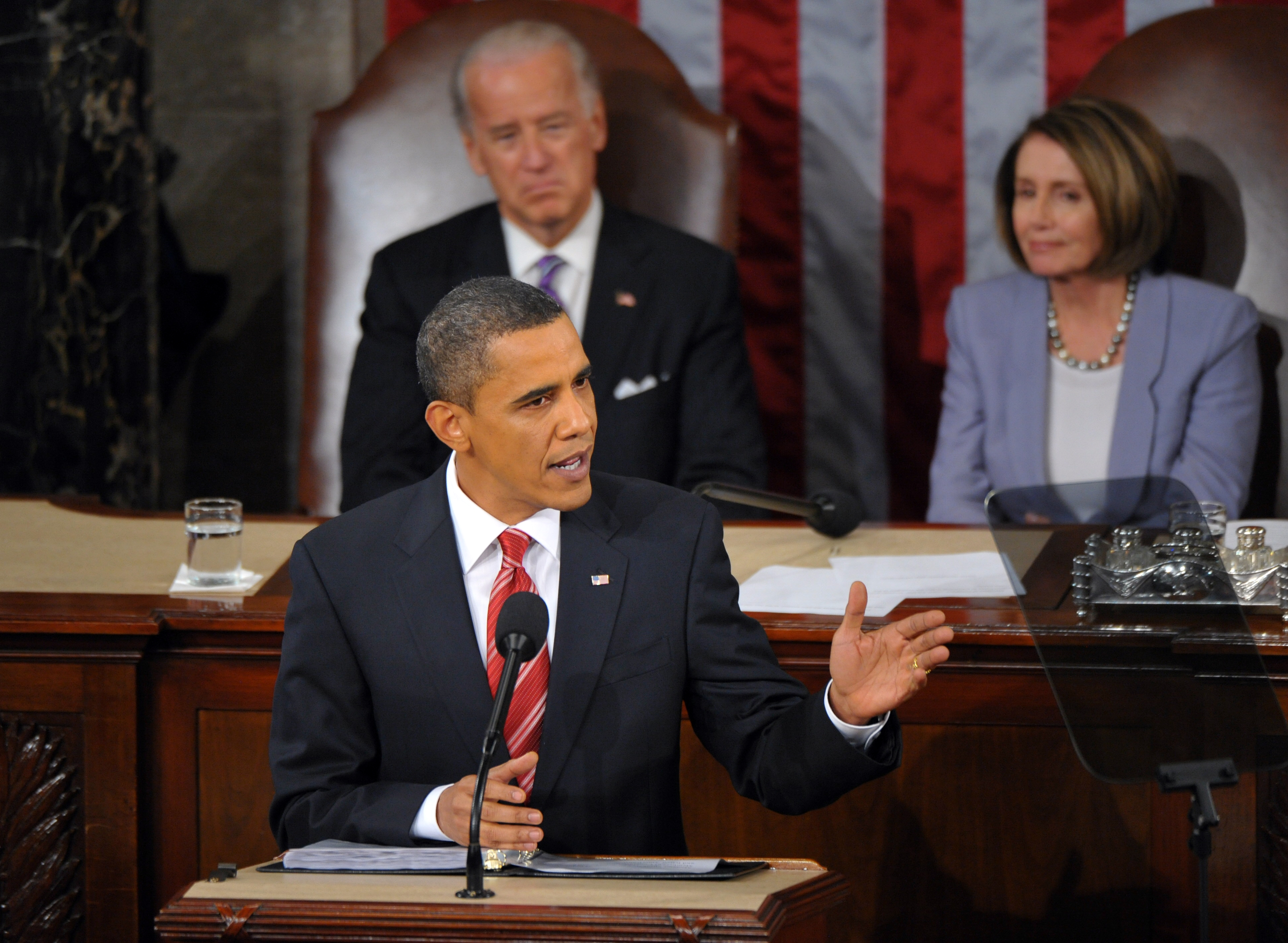 US President Barack Obama delivers his first State of the Union address January 27, 2010 at the US Capitol in Washington, DC. Seated behind Obama is Vice President Joe Biden and House Speaker Nancy Pelosi. (MANDEL NGAN/AFP/Getty Images)

“Last week, the Supreme Court reversed a century of law to open the floodgates for special interests — including foreign corporations — to spend without limit in our elections,” said Obama.

As the camera panned to members of the court, Justice Alito famously shook his head and mouthed the words, “not true.” (RELATED: Despite Rebuke From The Chief Justice, Trump Says Judges Are Harming National Security) 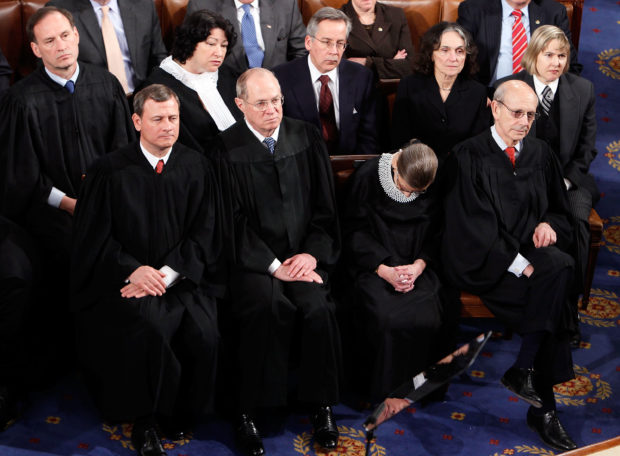 Roberts did address the issue several weeks later, but his criticism was directed more at the “very troubling” political atmosphere at the State of the Union address than at Obama himself. In fact, he went out of his way to suggest that Obama and others have “an obligation” to “criticize what we do” if they disagree.

“Some people, I think, have an obligation to criticize what we do, given their office, if they think we’ve done something [wrong],” said Roberts, responding to a University of Alabama student’s question in March 2010. “So I have no problems with that. On the other hand, there is the issue of the setting, the circumstances and the decorum. The image of having the members of one branch of government standing up, literally surrounding the Supreme Court, cheering and hollering, while the court, according to the requirements of protocol, has to sit there, expressionless, I think is very troubling.”