The House GOP plans to hold a hearing into the Department of Justice’s probe of the Clinton Foundation, according to Republican North Carolina Rep. Mark Meadows.

Meadows said during an interview with Hill.TV on Wednesday that it’s time for U.S. lawyer John Huber, who has been working with the DOJ and the FBI on the investigation into the Clinton Foundation, to provide some testimony on it, saying the House Oversight Committee has a hearing date set for Dec. 5.

“Mr. [John] Huber with the Department of Justice and the FBI has been having an investigation — at least part of his task was to look at the Clinton Foundation and what may or may not have happened as it relates to improper activity with that charitable foundation, so we’ve set a hearing date for December the 5th,” Meadows said in the interview. 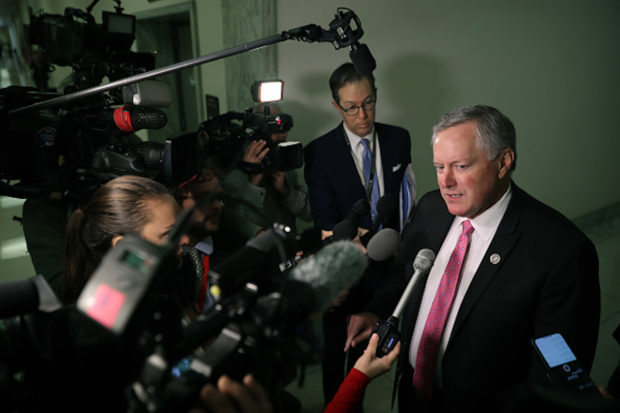 House Republicans have wanted to see if there was any pay-to-play or other illegal activities happening while Hillary Clinton was secretary of state. They also want to know if the Clintons exchanged political favors for donations made to their foundation, or if Hillary pushed favorable policies while acting as secretary of state in order to receive donations. (RELATED: FBI Takes Aim At The Clinton Foundation)

This news comes as President Donald Trump reportedly told his White House counsel earlier in 2018 he wanted the DOJ to prosecute Clinton, according to The New York Times.