Democrat Ben McAdams officially won his race for Utah’s 4th Congressional District against incumbent GOP Rep. Mia Love, and his signature on a letter opposing Minority Leader Nancy Pelosi for House speaker is now an official count against her.

McAdams is one of 16 House Democrats who signed a letter opposing Pelosi’s campaign, citing the need for a new direction for their party.

Pelosi needs 218 votes to be elected speaker of the House in January if all 435 members of the House vote. Given that House Democrats now hold 234 seats with McAdams’ win, Pelosi can only afford to lose 16 votes providing that no representatives skip the vote or vote “present.”

McAdams’ Tuesday victory solidifies a threat to Pelosi’s chances at becoming speaker, chances she was at one point “100 percent” confident about.

House Democrats’ letter opposing @NancyPelosi bid for Speaker now out – sixteen signatures on it, Pelosi can lose fifteen votes in her party pic.twitter.com/1SB2XGhW9p

While those who signed the opposition letter are confident they don’t want Pelosi serving as speaker, neither they nor other House Democrats have provided a concrete alternative.

Rep. Seth Moulton of Massachusetts, who is one of the leaders of the opposition charge, said at a Monday town hall in his district that they haven’t brought forward an alternative to Pelosi just yet because he felt it was better to see if he and those who oppose Pelosi have enough votes to block her before coming forward with another option.

Now that McAdams is officially a representative-elect and they tentatively have the votes, it’s unclear whether another option for speaker will be presented soon. (RELATED: Dem Congressman Facing Backlash At Home For Leading Charge Against Pelosi Speakership) 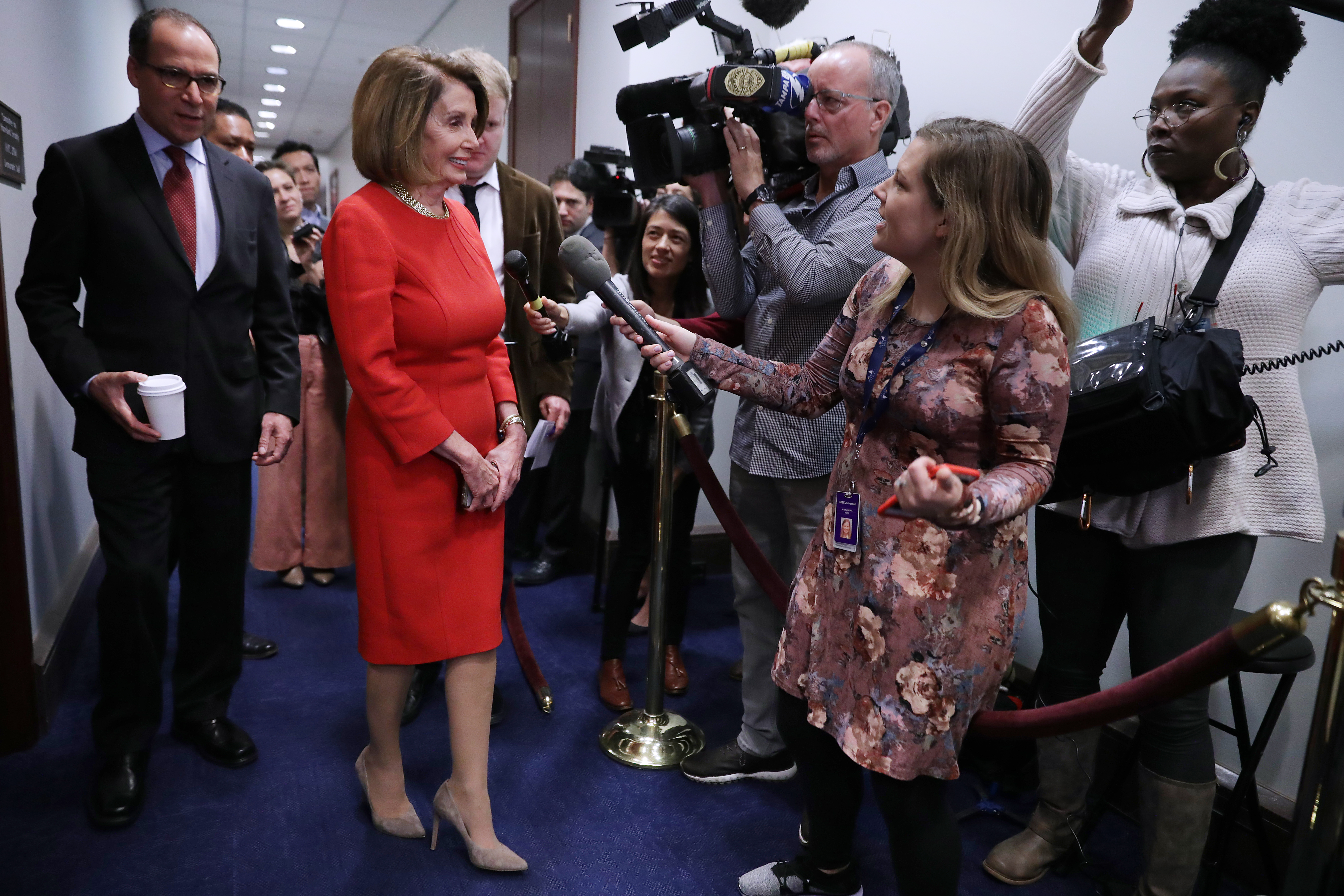 Ohio Democratic Rep. Marcia Fudge had been floating a possible bid to the speakership, but announced Tuesday that she does not plan to contest Pelosi’s run and endorsed Pelosi for the position.

Around the same time the congresswoman made the announcement, Pelosi released a statement naming Fudge the chairwoman of a House subcommittee overseeing elections, according to Politico.

McAdams’ office did not immediately respond to a request for comment.