Gas prices in California are dropping ahead of Thanksgiving — prices began cratering in October shortly after Saudi Arabia and Russia agreed to increase oil production to ward off market shocks.

California’s statewide average gas price on Thursday was $3.62, a decline of 19 cents from this time in October. The Golden State still has some of the highest prices in the U.S., with the national average standing at $2.59 per gallon, according to the American Automobile Association (AAA).

Some of the price reductions are due in part to President Donald Trump’s repeated threats against Saudi Arabia and other oil-producing nations if they refused to increase production. He even suggested the U.S. would no longer provide the oil-rich country protection if prices crept up. 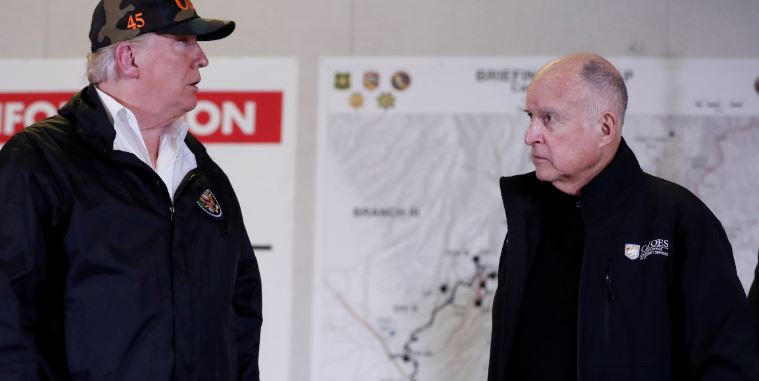 U.S. crude fell as low as $55 following the move, while Brent crude fell to $65 per barrel. They’d previously been as high as $77 and $87 per barrel, respectively. The uptick also comes as U.S. oil production skyrockets.

Trump is making sure people don’t forget about the low prices.

“Oil prices getting lower. Great! Like a big Tax Cut for America and the World. Enjoy! $54, was just $82. Thank you to Saudi Arabia, but let’s go lower!” he wrote in a tweet Wednesday morning ahead of the holiday weekend.

The world’s largest producer of oil chose to increase its output after growing frustration from Trump.

“We protect Saudi Arabia — would you say they’re rich?” Trump asked a crowd of supporters in October. “And I love the king, King Salman, but I said, ‘King, we’re protecting you. You might not be there for two weeks without us. You have to pay for your military, you have to pay.'”

This is not the first time the president’s gone after the Organization of the Petroleum Exporting Countries (OPEC) and Saudi Arabia. Trump thrashed Saudi King Salman on Twitter in September and June following the president’s decision to reinstate sanctions against Iran’s oil and financial sectors.

California officials have done their level-best to oppose Trump’s agenda, particularly his energy policies. Outgoing Democratic Gov. Jerry Brown, for instance, has fashioned himself as the country’s most prominent anti-Trump politician. In fact, he’s been critical of the president’s regulatory rollbacks.

Brown’s also been at the forefront of one of the most unpopular gas tax increases in California history. He signed a law in 2017 imposing a 12-cents-a-gallon increase on citizens and raising the tax on diesel fuel by 20 cents a gallon. It also implements an additional charge to annual vehicle license fees ranging from $25 to $175, depending on the car’s value.