Most Americans think of the Plymouth colony’s 1621 Thanksgiving feast as the first American Thanksgiving, and for good reason. English Puritans celebrated that feast with friendly natives in what would become one of the first states of the U.S., which gave the occasion all the hallmarks of the bedrock of American culture — English heritage, Puritan ethics and involvement of one of the 13 original colonies. 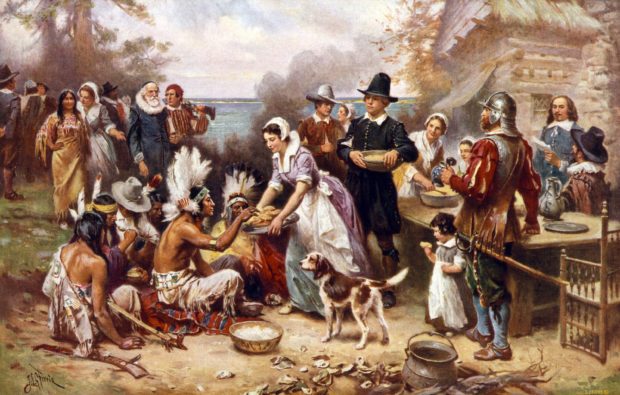 In reality, however, Spanish explorers celebrated the first Thanksgiving feasts on American soil in the century before Plymouth colony’s founding. Like the Puritan pilgrims, the Catholic Spaniards also held their Thanksgiving feasts to honor God for the lifesaving provisions that saved their expeditions and colonies from starvation and sickness. They also celebrated them with friendly natives, just as the Puritans are said to have celebrated with Squanto and his tribe. (RELATED: Here’s How Thanksgiving Day Started As A Christian Holiday)

The Thanksgiving feasts and ceremonies of the conquistadors, and even of other explorers prior to the Puritans of Plymouth, did not give rise to repeated traditions. The lack of establishing tradition, along with warfare between rival settlements, helped ensure these early Thanksgiving feasts were largely forgotten until the 20th century and that they therefore did not shape American culture. Nevertheless, history bears out that the settling of North America began with giving thanks to God.

One of the earliest Thanksgiving feasts on American soil occurred in St. Augustine, Florida — a Spanish colony that became the oldest town in the United States. Spanish explorer Admiral Don Pedro Menéndez de Avilés set foot on Florida’s shore Sept. 8, 1565, with 800 colonists, claimed the land for Spain in the name of God, and named the immediate area St. Augustine, in honor of the saint on whose feast day he first sighted the land.

Father Francisco Lopez constructed a makeshift altar and led the colonists in a Catholic Mass of thanksgiving to God upon coming ashore. The colonists feasted afterward, and Menéndez invited the local Timucua tribe to join them. The feast fare bore little resemblance to staples of modern Thanksgiving feasts. 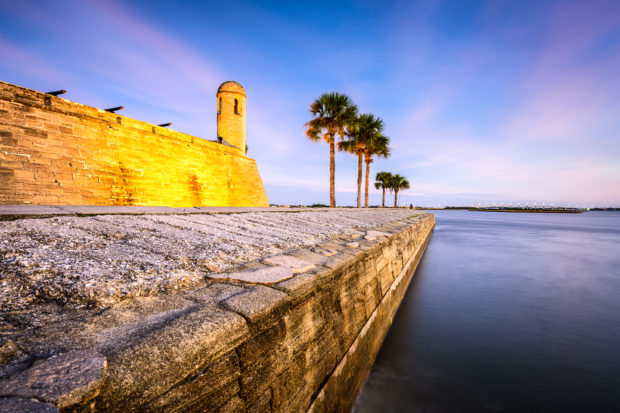 The Spanish dined on leftover rations from their voyage — hard biscuits and a stew of salted pork, garlic and garbanzo beans called cocido, paired with red wine. The Timucua, on the other hand, feasted on their usual game, which included turkey, bear, alligator, venison, gopher tortoise, clams, oysters, squash and beans, among other things, according to History.

St. Augustine’s Thanksgiving ceremony was not the first to be held on American soil, however, as French Huguenots held a religious ceremony of Thanksgiving followed by a feast with the Timucua in what is now Jacksonville a year earlier than the settlers of St. Augustine.

“We sang a psalm of Thanksgiving unto God, beseeching him that it would please his Grace to continue his accustomed goodness toward us,” wrote French explorer Rene Goulaine de Laudonnière, according to History.

Menéndez, however, attacked the French settlement with his men and killed 130 Huguenots. Spanish colonists also murdered 200 French Huguenots who were shipwrecked near St. Augustine a week later. In the eyes of history, the bloodshed between Spanish Catholics and French Huguenots, fueled by religious zeal, largely overshadowed the Thanksgiving ceremonies they previously held.

Spanish Conquistador Juan de Oñate also preceded the English Puritans in holding a Thanksgiving ceremony and feast in what is now Texas on April 30, 1598, according to Texas Almanac.

Juan led a 50-day expedition across the Chihuahuan Desert with 500 people and 7,000 heads of livestock to claim lands granted to him in the Rio Grande Valley in what was then called New Spain. He avoided the usual route to the Rio Grande, however, confident the route he chose had adequate sources of water along the way. Juan was mistaken, however, as his confidence was founded on the faulty reporting of Vicente de Zaldívar, whom Juan tasked with scouting the route.

Torrential downpours of rain beat down upon the expedition for the first seven days of the trek, followed by extremely hot and dry weather. The expeditionary force came close to dying of thirst, but was saved by another rain shower. Five days before reaching the Rio Grande, the expedition ran out of food and water entirely. The people and livestock subsisted on roots and water dug from the ground.

Dehydration, however, drove both man and beast mad. When the expedition finally reached water, two horses drank so heavily that their stomachs burst, while two others drowned from rushing too quickly into the water. Nevertheless, the Rio Grande saved what was left of the expedition. The surviving members rested, hunted game, and rehydrated over the next 10 days, and the local Pueblo Indians supplied them with fish caught from the river. 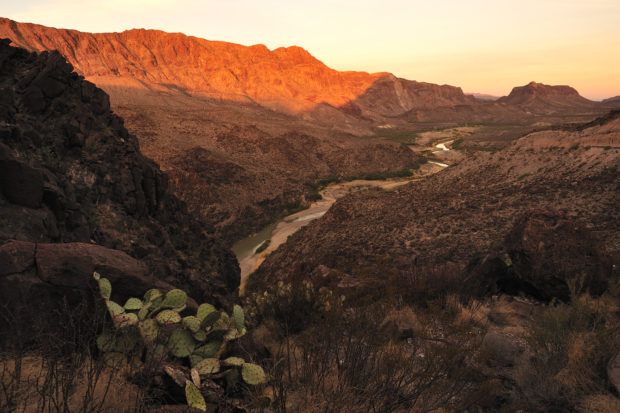 In gratitude to God for His mercy and provision, Juan held a Mass of Thanksgiving on April 30, as well as a feast joined by the Puebloans.

EDITOR’S NOTE: This article was originally published Nov. 22, 2018, and has been re-published for Thanksgiving.