Golden State Warriors Steph Curry was involved in a multiple vehicle crash on Friday morning but appears not to be injured.

The 30-year-old NBA superstar managed to escape unharmed in the crash that occurred on Highway 24 in Oakland, California, after another car reportedly spun out and collided with his Porsche before a second car smashed into his car from behind, according to TMZ Friday. (RELATED: Steph Curry’s Latest Project Is VERY Different From The NBA) 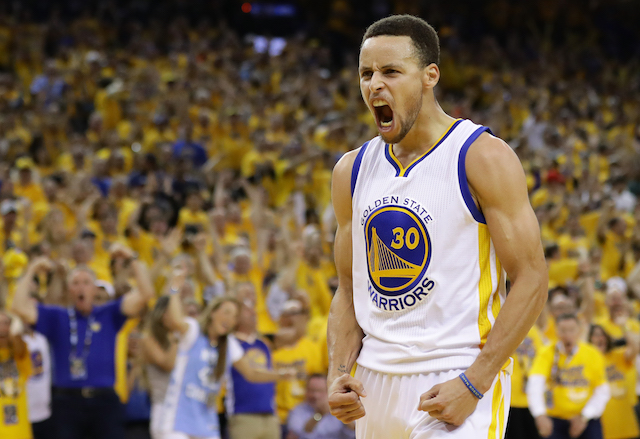 Steph Curry in Game Seven of the Western Conference Finals during the 2016 NBA Playoffs at ORACLE Arena on May 30, 2016 in Oakland, California. (Photo: Getty Images)

#BREAKING: #Warriors’ Stephen Curry involved in multi-vehicle crash on Hwy 24 in Oakland; appears uninjured,” ABC7 News tweeted along with a photo from the crash showing first responders on the scene.

A spokesperson for the California Highway Patrol told the ABC affiliate that rain-soaked conditions might have contributed to the wreck.

Curry’s spokesperson confirmed to People magazine, “he was involved in a multi-car accident, but was not injured and is doing fine.” Others involved in the crash also reportedly escaped with no serious injuries.

A short time later, the NBA star tweeted, “Don’t need any reminders but All the Time God is Great and God is Great all the time! Appreciate all the texts.”

The Warrior will miss Friday’s game against the Portland Trail Blazers due to a groin injury sustained during a game on November 8 against the Milwaukee Bucks.