The Department of Justice (DOJ) is reviewing legislation that would authorize the U.S. attorney general to sue an international oil cartel for artificially raising oil and gas prices.

The Organization of Petroleum Exporting Countries (OPEC), led by Saudi Arabia and Russia, imposed limits on each members’ oil production in January 2017. OPEC’s use of production quotas aimed at drying up a worldwide glut of oil keeping prices low and hurting OPEC’s ability to influence the worldwide oil market.

The ongoing production quotas have contributed to higher oil and gas prices that have been passed on to and hurt American consumers. The OPEC partnership and business strategy would likely violate U.S. antitrust laws if the cartel was under U.S. authority, a DOJ official told Bloomberg.

The Senate and House have both approved versions of a bill that would authorize the Justice Department to make a case against OPEC. Neither bill has been brought up for a vote.

OPEC has struggled to police the self-imposed quotas and member countries have consistently produced past goals. A strong U.S. oil and gas industry has also taken advantage of the OPEC cutbacks by filling the gap in the international market left by OPEC’s lower production. (RELATED: Skyrocketing Oil Production In Texas Causing Headaches For OPEC) 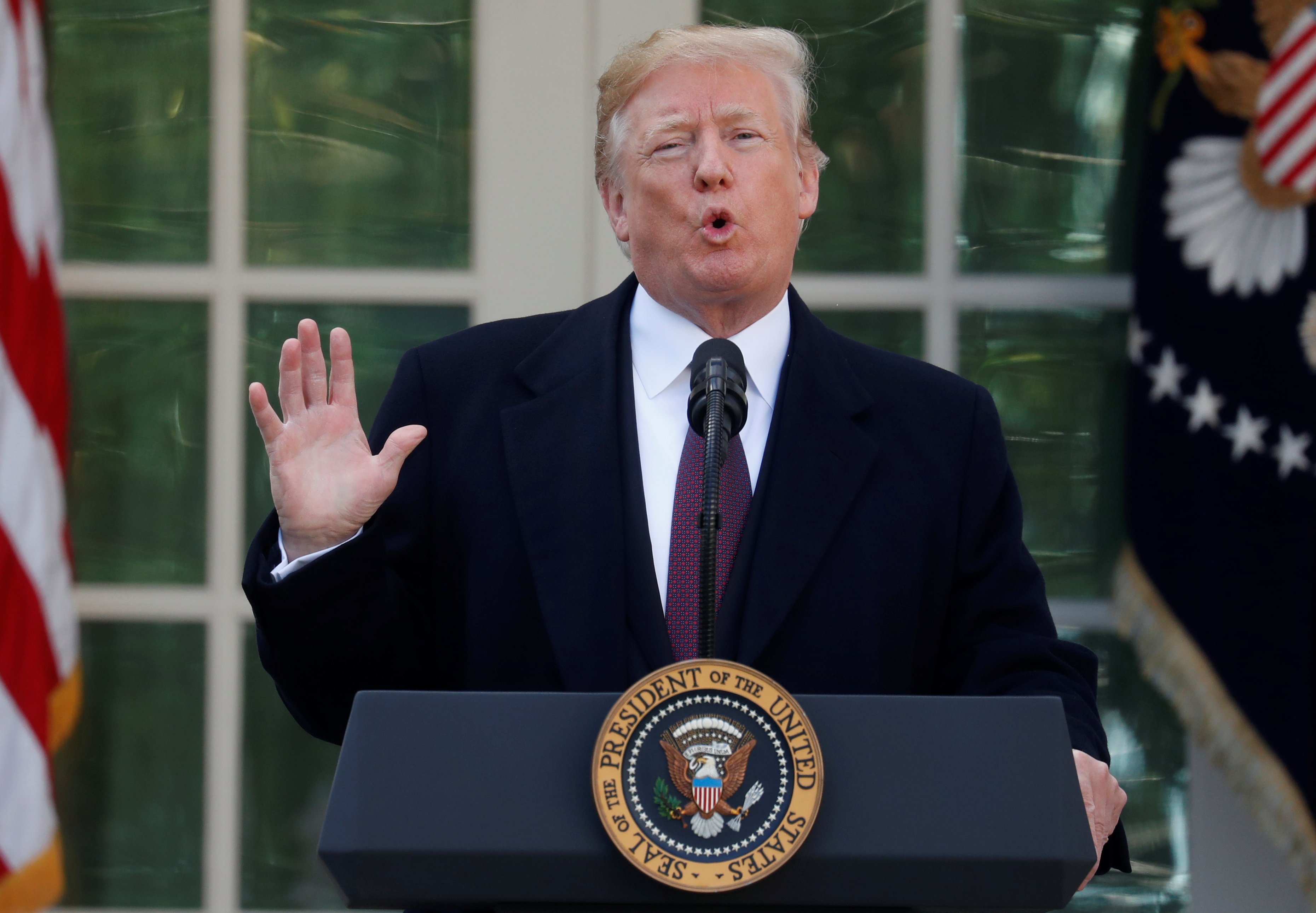 U.S. President Donald Trump addresses the 71st presentation and pardoning of the Thanksgiving turkeys ceremony in the Rose Garden of the White House in Washington, U.S., Nov. 20, 2018. REUTERS/Leah Millis

The U.S. oil industry experienced the largest annual increase in oil production in roughly 100 years in August. The longer OPEC keeps the production quotas in place, the greater the opportunity for U.S. oil producers to pump and export oil to new markets and undercut OPEC’s ability to influence international oil prices.

President Donald Trump has been critical of OPEC’s arrangement in past months, but Trump has recently taken a more favorable tact with the cartel since it began bumping up production.

Crude oil prices recently fell more than $20 a barrel from a four-year high of roughly $86 a barrel in October.