President Donald Trump said Thursday night that he is thankful for his family, as well as the difference his presidency is making to the country and the world.

“I’ve made a tremendous difference in the country,” Trump told reporters on Thanksgiving Day. “This country is so much stronger now than it was when I took office that you wouldn’t believe it.”

The president also suggested that world leaders frequently tell him that his presidency marks a significant departure from the one his Democratic predecessor left him.

“And I mean, you see, but so much stronger people can’t even believe it,” Trump added. “When I see foreign leaders they say we cannot believe the difference in strength between the United States now and the United States two years ago. Made a lot of progress.”

Trump made a series of comments that roiled the media leading up to Thursday. He criticized the 9th U.S. Circuit Court of Appeals Tuesday. The San Francisco-based appeals court has repeatedly stymied many of the president’s top priorities.

The comments came hours after a federal judge in California barred enforcement of the administration’s new asylum rules designed to deny asylum applications from illegal immigrants. The decision can be appealed to the 9th Circuit. 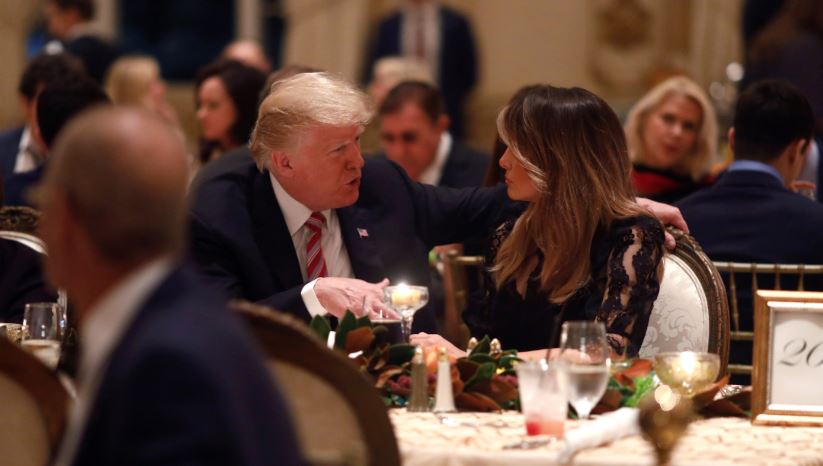 “Sorry Chief Justice John Roberts, but you do indeed have ‘Obama judges,’ and they have a much different point of view than the people who are charged with the safety of our country,” the president wrote in a tweet Wednesday. “It would be great if the 9th Circuit was indeed an ‘independent judiciary,’ but if it is why … are so many opposing view (on Border and Safety) cases filed there, and why are a vast number of those cases overturned.”