Legendary Chicago Bears coach Mike Ditka is “doing much better” after suffering a “mild heart attack earlier this week,” according to his agent.

“Coach Ditka had a mild heart attack earlier this week. Doctors inserted a pacemaker, and he is doing much better,” said Ditka’s agent Steve Mandell on Saturday, ESPN reported. “He appreciates the outpouring of support and expects to be home soon.”

The 79-year-old NFL Hall of Famer is currently mending in a Florida hospital. 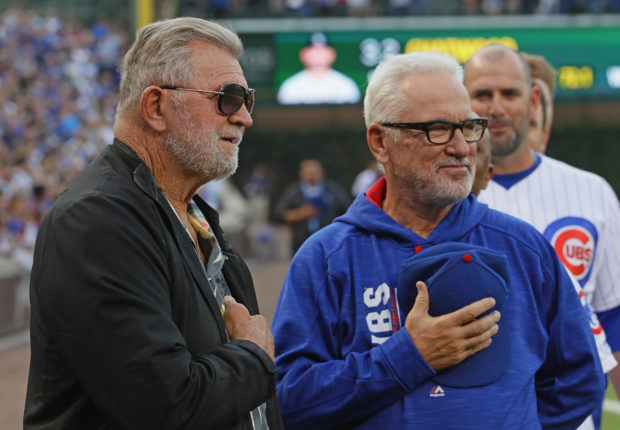 CHICAGO, IL – JUNE 08: Former NFL coach Mike Ditka stands with manager Joe Maddon #70 of the Chicago Cubs during the National Anthem before a game against the Colorado Rockies at Wrigley Field on June 8, 2017 in Chicago, Illinois. (Photo by Jonathan Daniel/Getty Images)

Ditka was involved in four NFL titles during his long career, two as a player and two as a coach. He won an NFL championship as a player with the 1963 Chicago Bears and a Super Bowl with the 1971 Cowboys. As an assistant coach, Ditka helped the Cowboys win Super Bowl VI in 1972, then famously trounced the Patriots 46-10 in Super Bowl XX as head coach of the Chicago Bears. (RELATED: Mike Ditka Has A Message For NFL Players Who Might Kneel On 9/11 Anniversary)

Affectionately known as “Iron Mike” because of his hard-nosed demeanor, Ditka won 106 games over 11 seasons as Chicago’s head coach.

Ditka famously endorsed Donald Trump for president, saying in 2015 that the then-candidate “has the fire in his belly to make America great again.”