“I think reasonable people can differ about how much and how rapidly, but I think it’s clear that [the climate is] changing and it’s clear that humans are a contributing factor. I think the real question though becomes: What do you do about it?” Sasse explained on Fox News Sunday.

“Right now, you don’t hear a lot of people who put climate as their number one issue. You don’t hear a lot of them offering constructive, innovative solutions for the future. It’s usually just a lot of alarmism. But I think the report is important, and it shows that the climate is changing,” he continued.

Sasse’s comments follow a White House report, the National Climate Assessment (NCA), that was published Friday. The NCA found that temperatures in the U.S. are 1.8 degrees higher than they were a century ago; sea levels are about nine inches higher; natural disasters such as hurricanes, heat waves and wildfires are worsening; and climate change could slash U.S. GDP by 10 percent at the end of the century.

However, the report — assembled by a team of 13 federal agencies — has received heavy criticism. University of Colorado Professor Roger Pielke Jr. accused the NCA of using cherry picked data and exaggerating the risk of global warming. Pielke went on to say such a report would make it easier for critics to dismiss future climate reports. (RELATED: California Assembly Passes Carbon-Free Energy Bill)

While Sasse said the report is important, he argued that climate change is a global issue, requiring involvement from quickly industrializing countries such as China.

“What the U.S. needs to do is participate in a long-term conversation about how you get to innovation, and it’s going to need to be a conversation again that doesn’t start with alarmism,” the Nebraska Republican stated. “But that starts with some discussion of the magnitude of the challenge, the global elements to it and how the U.S. shouldn’t just do this as a feel-good measure but some sort of innovative proposal.” 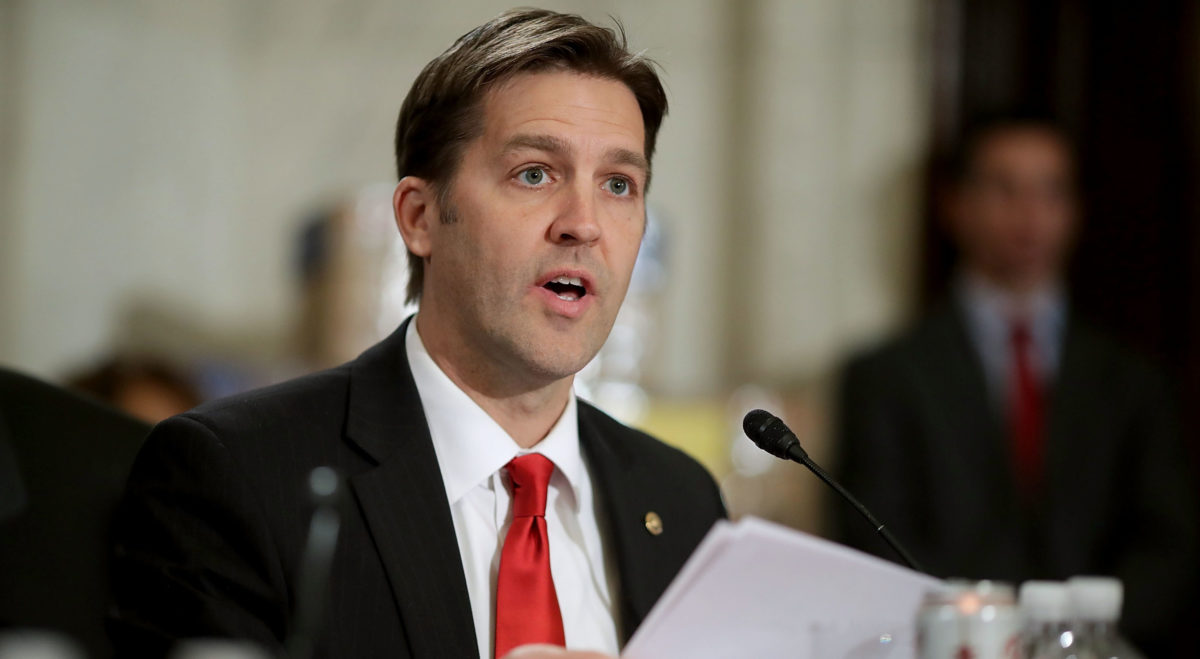 WASHINGTON, DC – JANUARY 10: Senate Judiciary Committee member Sen. Ben Sasse (R-NE) questions Sen. Jeff Sessions (R-AL) during his confirmation hearing to be the next U.S. Attorney General in the Russell Senate Office Building on Capitol Hill January 10, 2017 in Washington, DC. Sessions was one of the first members of Congress to endorse and support President-elect Donald Trump, who nominated him for attorney general. (Photo by Chip Somodevilla/Getty Images)

The debate over climate change comes as the Trump administration and Democrat-controlled state governments are fast diverging on the issue.

The White House has embarked on an ambitious rollback of Obama-era regulations imposed on the fossil fuel industry and has seriously considered a bailout plan for failing coal and nuclear plants. At the same time, a growing list of state capitals are increasing their renewable portfolio standards, mandating more use of wind and solar energy.