President Donald Trump is ratcheting up calls for Mexico to prevent future caravans from entering the southern border through Honduras and other Central American countries.

“Would be very SMART if Mexico would stop the Caravans long before they get to our Southern Border, or if originating countries would not let them form (it is a way they get certain people out of their country and dump in U.S. No longer),” Trump tweeted Sunday. “Dems created this problem. No crossings!”

Trump did not explain why he thinks Democrats are responsible for the caravan. But conservatives often blame the influx of refugees on so-called “catch and release,” a nearly decade-old policy releasing asylum seekers who enter the country illegally while their cases are pending.

Former President Barack Obama often used the policy with illegal immigrants who claimed to be in peril if they were not allowed into the U.S.

Would be very SMART if Mexico would stop the Caravans long before they get to our Southern Border, or if originating countries would not let them form (it is a way they get certain people out of their country and dump in U.S. No longer). Dems created this problem. No crossings!

The president’s tweet came shortly after the Mexican government agreed Saturday to hold those seeking asylum at the border until the U.S. can assess each case. The plan, called “Remain in Mexico,” would theoretically alleviate concerns that migrants cross the border to avoid wait times.

Mexico’s incoming government denied a deal had been struck Saturday, setting off the tense exchange of words from Trump, according to Fox News.

Keeping asylum seekers in Mexico would also ensure the more than 500 criminals that the Department of Homeland Security says are embedded in the migrant caravan do not enter the U.S. Mexican officials appear concerned about mass caravans using their country as a go-between on the way to the U.S. 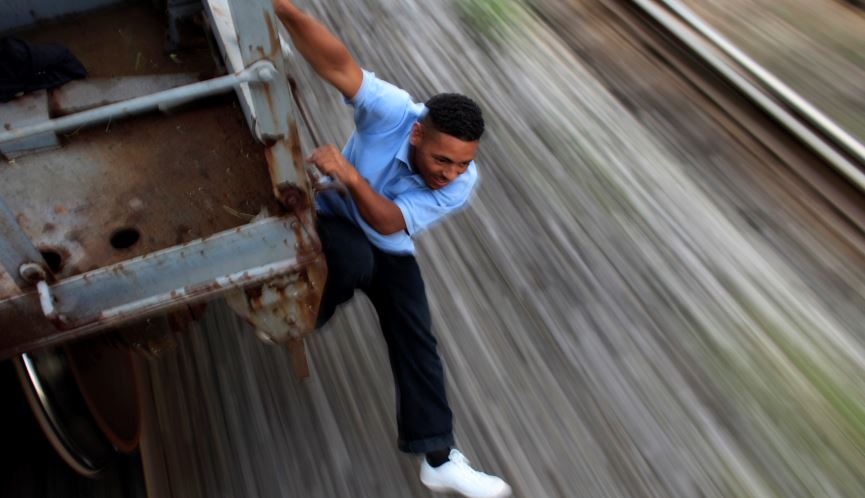 Honduran immigrant clings to a freight train on his way to the border with the United States November 3, 2010. Every day, hundreds of Central American immigrants try to cross from Mexico to the United States, according to National Migration Institute of Mexico. REUTERS/Eliana Aponte

“The medium- and long-term solution is that people don’t migrate,” Mexico’s soon-to-be interior minister, Olga Sánchez Cordero, told The Washington Post Saturday. “Mexico has open arms and everything, but imagine, one caravan after another after another, that would also be a problem for us.”