Democratic Texas Rep. Robert “Beto” O’Rourke revealed on Monday that he is considering a 2020 presidential run despite claiming only weeks earlier that he absolutely will not run for president.

Following a town hall in El Paso, O’Rourke told reporters that he and his wife “made a decision not to rule anything out” when asked about launching a bid for the presidency, according to Politico. He also acknowledged that he gave a different answer while he was campaigning, admitting that his position had switched following his loss to Republican Sen. Ted Cruz.

“Running for Senate, I was 100 percent focused on our campaign, winning that race and then serving the next six years in the United States Senate,” O’Rourke added. “Now that that is no longer possible, you know, we’re thinking through a number of things.”

As polls showed the Texas Senate race tightening to a margin of single digits in the months before the election, speculation of O’Rourke entering the national political arena began to percolate. O’Rourke was even included in CNN’s 2020 presidential poll, where he ranked as a top 10 contender.

Regardless, O’Rourke consistently maintained he definitely would not be running for president. (RELATED: Beto 2020? As O’Rourke’s Senate Chances Fade And War Chest Grows, Speculation Swirls He Could Be Eyeing A Bigger Prize)

O’Rourke told CNN’s Dana Bash in October “it’s a definitive no” if she had any 2020 presidential aspirations. And in the days leading up to the midterm elections in November, the El Paso congressman again denied he would run against President Donald Trump.

“I will not be a candidate for president in 2020,” O’Rourke said on MSNBC. “That’s, I think, as definitive as those sentences get.”

O’Rourke gained national attention after a constituent asked the Senate hopeful in August if he felt that NFL players kneeling for the national anthem was disrespectful to the country and America’s veterans. In a now viral interaction, O’Rourke disagreed and commended the demonstration. The response lavished praise from the Hollywood elite, springboarding the congressman onto the daytime and late night television circuit. 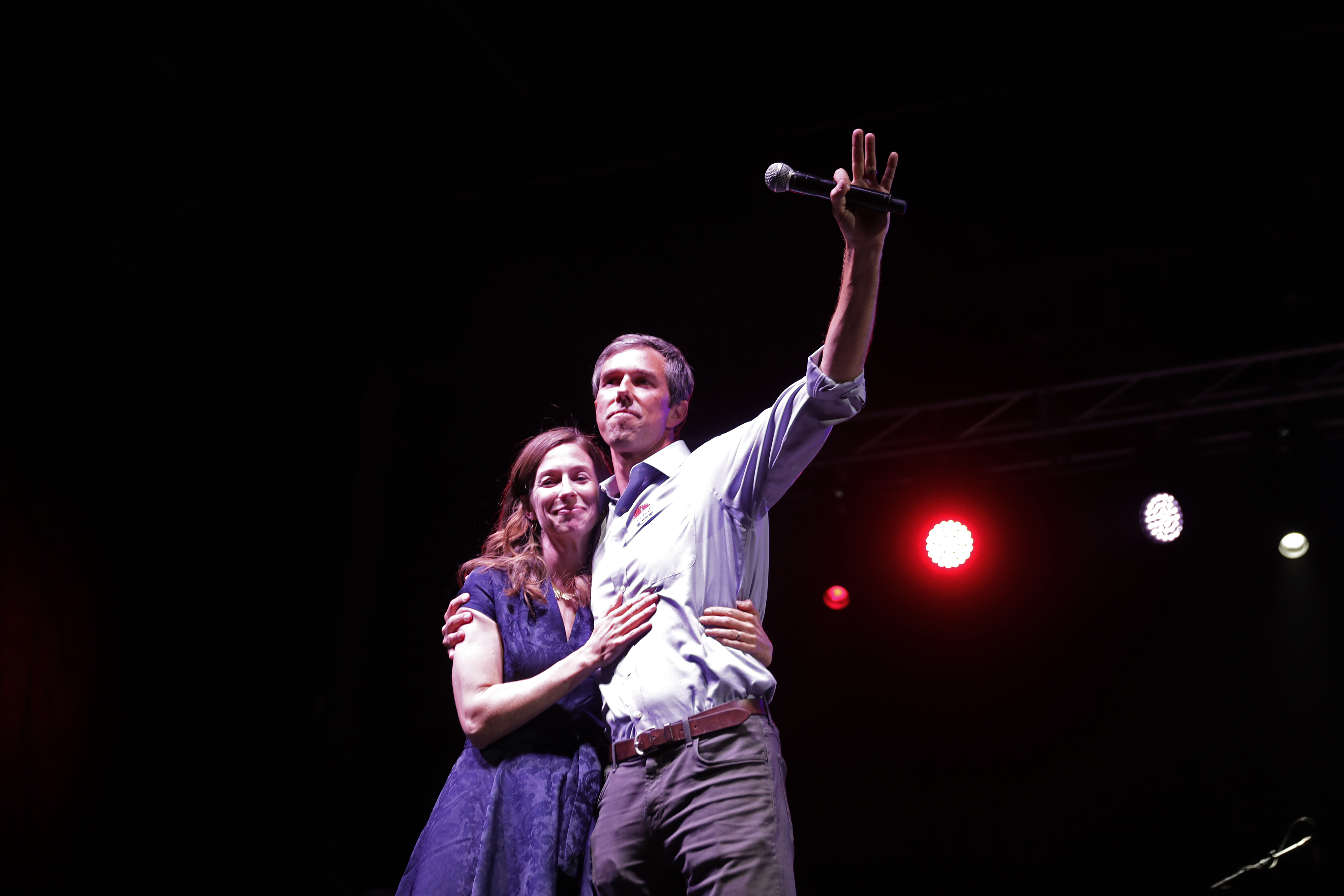 O’Rourke amassed a war chest of cash after donations from around the country began rolling in — accordingly, he received more campaign contributions in one quarter than any Senate candidate in American history. In the 3rd quarter of 2018, the El Paso congressman raised a staggering $38.1 million.

Cruz maintained a steady, albeit tightening, lead throughout the duration of their campaigns, and ultimately fended off O’Rourke by winning re-election to retain his seat as junior U.S. senator to the state of Texas.