Republican South Carolina Sen. Lindsey Graham defended President Donald Trump on Sunday for sounding the alarm on the ongoing migrant caravan issue and accused dissenters of being at odds because they dislike the president.

“You have to really hate President [Donald Trump] to not understand the problems created by the caravans,” tweeted Graham. “He is right to push back in order to deter future waves of illegal immigration.”

I support President Trump’s decision to close the border until we can get a handle on the chaos created by the broken laws governing asylum.

We must have money for border security/wall and must change asylum laws.

Trump has repeatedly urged Congress to act on his immigration and asylum policy proposals, which include funding the proposed border wall.

Democrats have denied that illegal entry into the U.S. is a problem and consequently, refused to pass border security legislation. The progressive-wing of the Democratic party has embraced the “no borders” movement and called for the abolishment of Immigration and Customs Enforcement (ICE). Moreover, judges, primarily out of the 9th Circuit Court of Appeals, have repeatedly blocked enforcement of the president’s immigration rules. 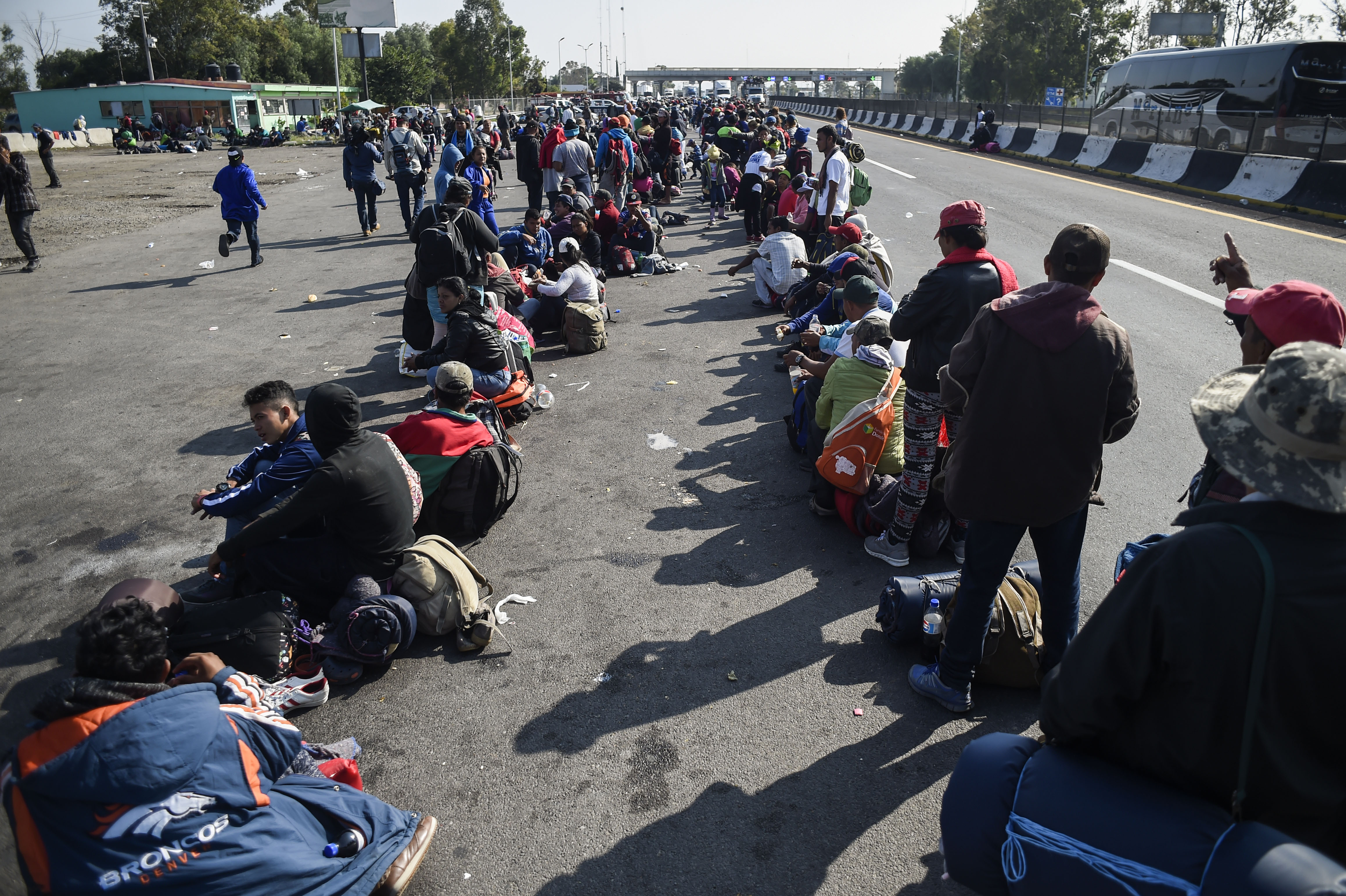 Central American migrants taking part in a caravan to the US, queue along the highway to get a ride to Irapuato in the state of Guanajuato on November 11, 2018 after spending the night in Queretaro in central Mexico. (ALFREDO ESTRELLA/AFP/Getty Images)

“I support President Trump’s decision to close the border until we can get a handle on the chaos created by the broken laws governing asylum,” Graham continued. “We must have money for border security/wall and must change asylum laws.”