In a Monday afternoon “The Five” segment, Rivera responded to a question from co-host Jesse Watters about media dishonesty on the subject by stating his refusal “to deal with this as a media issue, because it’s far too important.”

“This is something that goes to the very quick,” said an emotional Geraldo. “This goes to my soul. Fulfilling my role as the designated piñata on Fox News, I wanna say I am ashamed. This tear gas choked me. We treat these people — these economic refugees — as if they’re zombies from ‘The Walking Dead.’ I think we arrested 42 people, eight of them were women with children! We have to deal with this problem humanely and with compassion! These are not invaders. Stop using these military analogies. This is absolutely painful to watch!”

After asserting that the migrants were only coming “because they want a job,” Rivera essentially accused people of suspending their humanity on the issue “because they look different than the mainstream.” 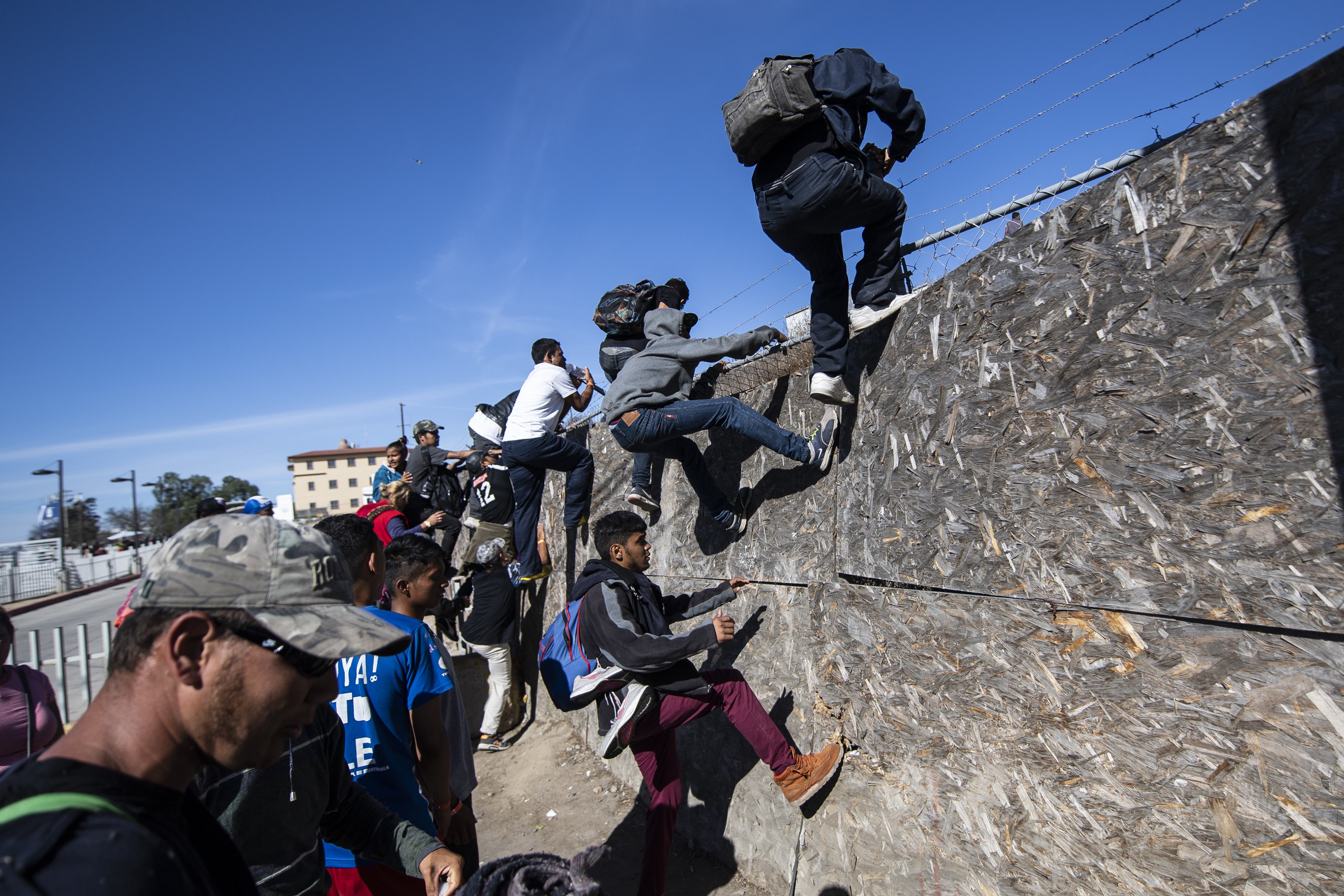 A group of Central American migrants -mostly from Honduras- get over a fence as they try to reach the US-Mexico border near the El Chaparral border crossing in Tijuana, Baja California State, Mexico, on November 25, 2018. (PEDRO PARDO/AFP/Getty Images)

Co-host Greg Gutfeld responded by contending that the migrants were “being manipulated by a political group, an activist group.” (RELATED: Tucker Asked Jorge Ramos How Many Caravan Migrants He Planned To Take In – Things Got Awkward Fast)

“Now imagine if a group of activists hypnotized a bunch of people to rob a bank,” said Gutfeld. “To go in and rush the bank. It’s not the security guard’s fault that he has to protect the bank.”

The discussion on “The Five” continued, with the other cohosts showing respect for Geraldo’s position despite their disagreement, but in Twitter-world, Flynn Jr. didn’t hold back.

“Geraldo’s sympathy for these ‘migrants’ always seems one-sided,” Flynn Jr. tweeted. “What about sympathy for CBP who had rocks thrown at them? Or sympathy for the AMERICAN TAXPAYER having to continue and fund the absolute MESS that is our immigration system?”

What about sympathy for CBP who had rocks thrown at them?

Or sympathy for the AMERICAN TAXPAYER having to continue and fund the absolute MESS that is our immigration system? https://t.co/uMl8f4OkWn