Police arrested 27 members of a North Carolina church for surrounding an Immigration and Customs Enforcement van and refusing to move after immigration officers arrested an illegal immigrant.

Members of CityWell United Methodist Church in Durham accompanied illegal immigrant Samuel Oliver-Bruno, whom they protected from deportation for 11 months, to an appointment to be fingerprinted at the U.S. Citizenship and Immigration Services in Morrisville, North Carolina. The group initially prayed for Oliver-Bruno and sang hymns in the parking lot, but turned frantic when they witnessed immigration officers arrest him. They surrounded the van into which officers placed Oliver-Bruno, refused to move after being told to disperse, and were arrested. (RELATED: FLASHBACK: Obama Administration’s Border Patrol Shot Pepper Balls At Migrants In 2013)

“We told the police chief, ‘We understand this is your job, but we need you to understand that as a matter of conviction we cannot move, and you will have to arrest us,'” Pastor Cleve May told The Washington Post.

Congregants initiated a nearly 3-hour standoff with ICE officers to block Oliver-Bruno’s arrest. Officers attempted to disperse the crowd, explaining to the congregants that according to U.S. law, Oliver-Bruno had to be deported.

“Listen up!” an assistant field officer shouted to the crowd. “The only way this is going to go down is this way: He’s been ordered removed from the United States. That’s it. I know the law, okay? So what we’re going to do now — you’ve got to disperse.”

The congregants refused to move from the van, however, and instead continued chanting “Shame” at ICE officers and sang hymns.

The agent eventually stepped away from the crowd while Oliver-Bruno and two other officers remained in the van. Police arrived and arrested 27 of the church congregants and booked them in Wake County Detention Center with Oliver-Bruno.

Today Samuel Oliver Bruno, acting in full compliance with our immigration laws, went to the USCIS office for a biometrics appointment, which is a required component of the process in which he is requesting a deferred action status on his order for deportation. Lots of us or standing with Samuel as a sign of solidarity, and as witnesses if ICE were to abuse its power an exploit this situation of due process in order to detain Samuel.

Oliver-Bruno reportedly entered the U.S. illegally from Mexico in 1994 and settled in Greenville, North Carolina, with his wife Julia, who suffers from lupus. Oliver-Bruno traveled back to Mexico with Julia in 2011 to care for his ailing parents. Julia’s condition worsened in the care of Mexican doctors, so they attempted to cross back into the U.S. illegally a second time, but authorities arrested Oliver-Bruno in the attempt and convicted him of trying to use fake documents to cross the border. 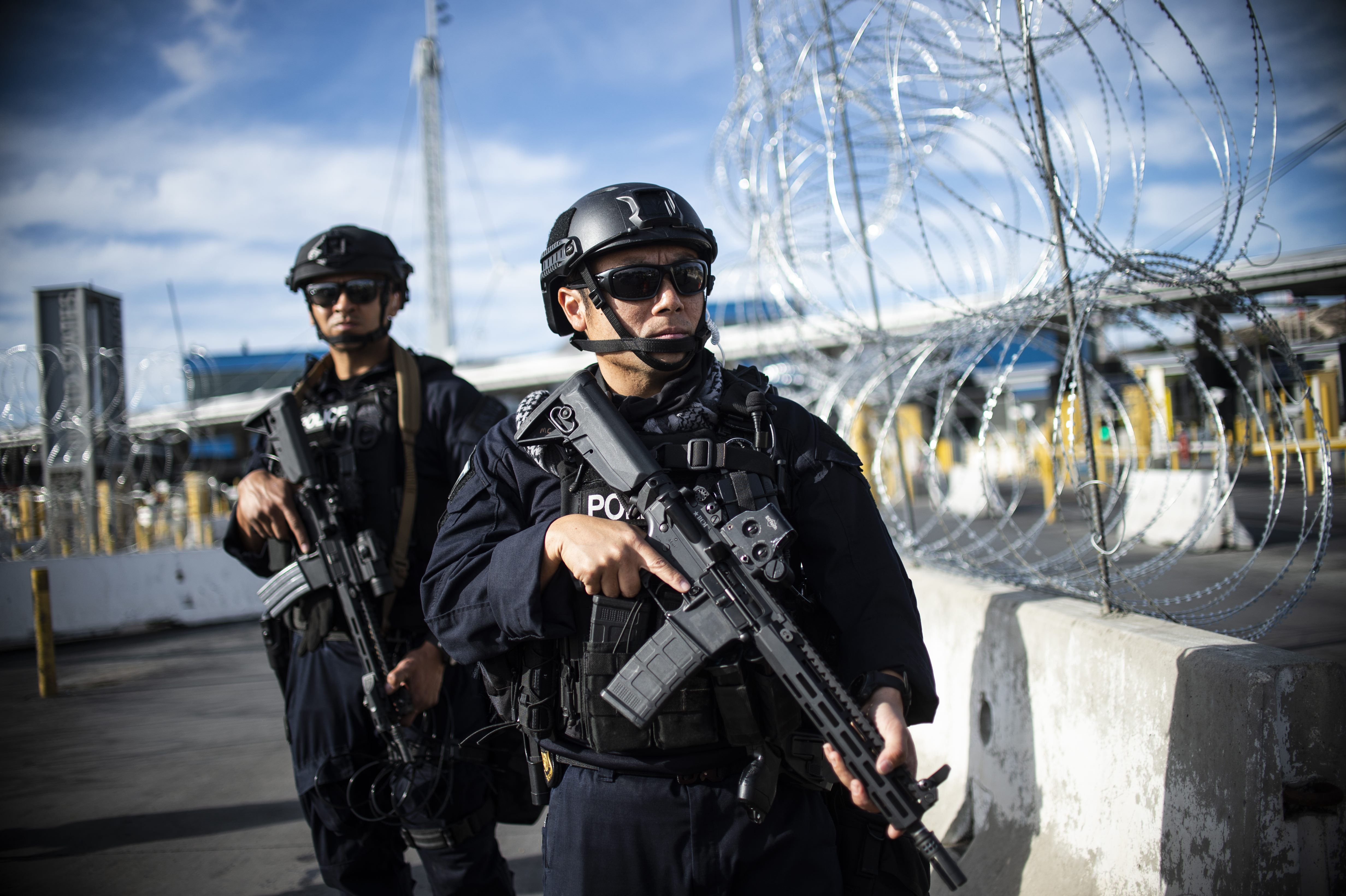 U.S. Customs and Border Protection (CBP) take part in a operational readiness exercise at the San Ysidro port of entry in the U.S., as seen from Tijuana, Baja California State, Mexico, on Nov. 22, 2018 as thousands of Central American migrants -mostly Hondurans- have started arriving at the Mexico-U.S. border. (PEDRO PARDO/AFP/Getty Images)

ICE spokesman Bryan Cox said that authorities allowed Oliver-Bruno to stay in the U.S. under supervision, which May asserted was due to Julia’s health. Authorities revoked his reprieve and supervision order in November 2017. Since then, Oliver-Bruno has lived in CityWell United Methodist Church, leading a Spanish Bible study group and sometimes playing in the worship band.

“Mr. Oliver-Bruno is a convicted criminal who has received all appropriate legal process under federal law, has no outstanding appeals, and has no legal basis to remain in the U.S.,” Cox told the News & Observer.