Democratic New York Congresswoman-elect Alexandria Ocasio-Cortez proposed her own solution to the continued unrest at the U.S.-Mexico border, claiming that the government should deploy caseworkers in place of troops.

Suggesting that a military presence and response at the border created a “moral crisis,” Ocasio-Cortez tweeted, “What if instead of sending [5,000] troops to the border, we had sent [5,000] caseworkers to review [and] process visa applications?” 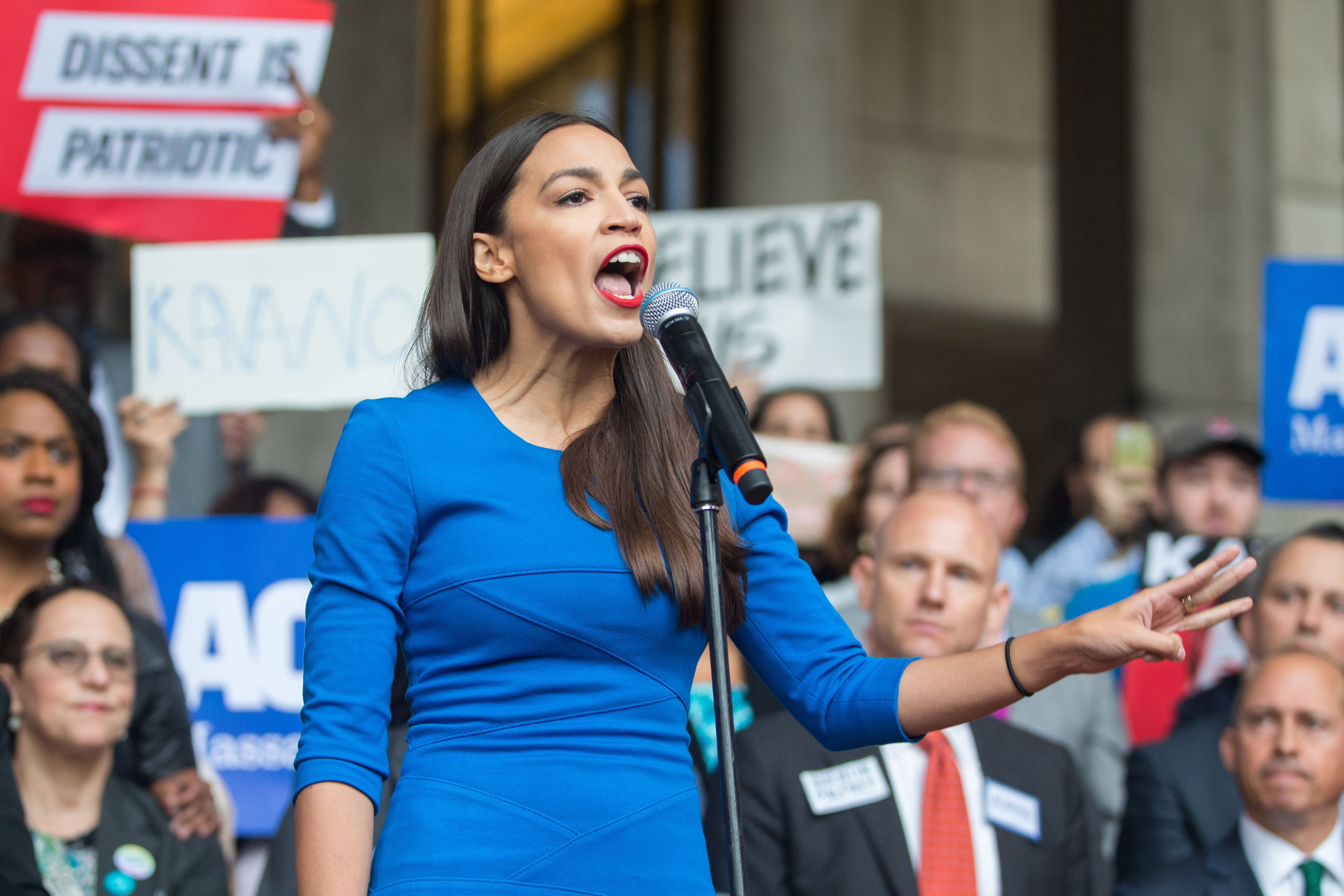 BOSTON, MA – OCTOBER 01: New York Democratic congressional candidate Alexandria Ocasio-Cortez speaks at a rally calling on Sen. Jeff Flake (R-AZ) to reject Judge Brett Kavanaugh’s nomination to the Supreme Court on October 1, 2018 in Boston, Massachusetts. Sen. Flake is scheduled to give a talk at the Forbes 30 under 30 event in Boston after recently calling for a one week pause in the confirmation process to give the FBI more time to investigate sexual assault allegations. (Photo by Scott Eisen/Getty Images)

What if instead of sending 5k troops to the border, we had sent 5k caseworkers to review + process visa applications?

In addition to averting moral crisis, it also would‘ve saved enormous amt of resources. But we don’t talk about the financial recklessness of GOP admins, do we?

She continued, “In addition to averting moral crisis, it also would‘ve saved [an] enormous [amount] of resources. But we don’t talk about the financial recklessness of GOP admins, do we?”

The problem with Ocasio-Cortez’s proposed solution is that many of the migrants appear to be approaching the border with the intent to cross illegally without attempting to declare asylum at a legal port of entry at all. (RELATED: Migrant Caravan Tries To Storm Border, U.S. Responds With Tear Gas)

Migrants with children now scrambling up railway siding trying to reach us border thru mountain pic.twitter.com/ZeEZ0NApIx

Additionally, Ocasio-Cortez left out the fact that migrants seeking asylum do not apply for visas at all — rather, once inside the borders of the United States, they submit an application for asylum (I-589). If that is denied, they are given a notice to appear or a referral to an immigration judge.