President Donald Trump claimed Monday night that adults in the caravan “grab” children that are with them even if they aren’t related in an attempt to avoid getting tear gassed during a question and answer session with reporters.

Karen Travers, an ABC News White House correspondent, asked the president, “What did you think of the images of women and children running, tear gas?”

“I say, why are they there? First of all, the tear gas is a very minor form of the tear gas itself. It’s very safe. The ones that were suffering to a certain extent were the people that were putting it out there but it’s very safe. But you really say, why is a parent running up into an area where they know the tear gas is forming and it’s going to be formed and they’re running up with a child. In some cases, you know, they’re not the parents,” Trump answered, according to Philip Rucker of the Washington Post.

He continued, “These are people, they call em ‘grabbers.’ They grab a child because they think they’ll have a certain status by having a child. You know, you have certain advantages in terms of our crazy laws that frankly Congress should be changing.” (RELATED: Migrant Caravan Tries To Storm Border, U.S. Responds With Tear Gas)

“What did you mean by ‘grabbers?’ Suggesting the women photographed were not the mothers?” a reporter asked, according to the White House press pool.

“No. It’s a term that’s used because, as you know, many people, it’s a very violent, horrible thing, that they feel they have an advantage when they’re with a young child, and they call them ‘grabbers.’ That’s a term I’ve heard but that’s what they call them, ‘grabbers.’ They grab a child because when they have a child they feel a lot safer. I don’t know who was there yesterday,” Trump answered.

U.S. Customs and Border Protection officials closed the San Ysidro port of entry after hundreds of migrants tried to storm the border between Tijuana, Mexico and the San Diego area on Sunday. 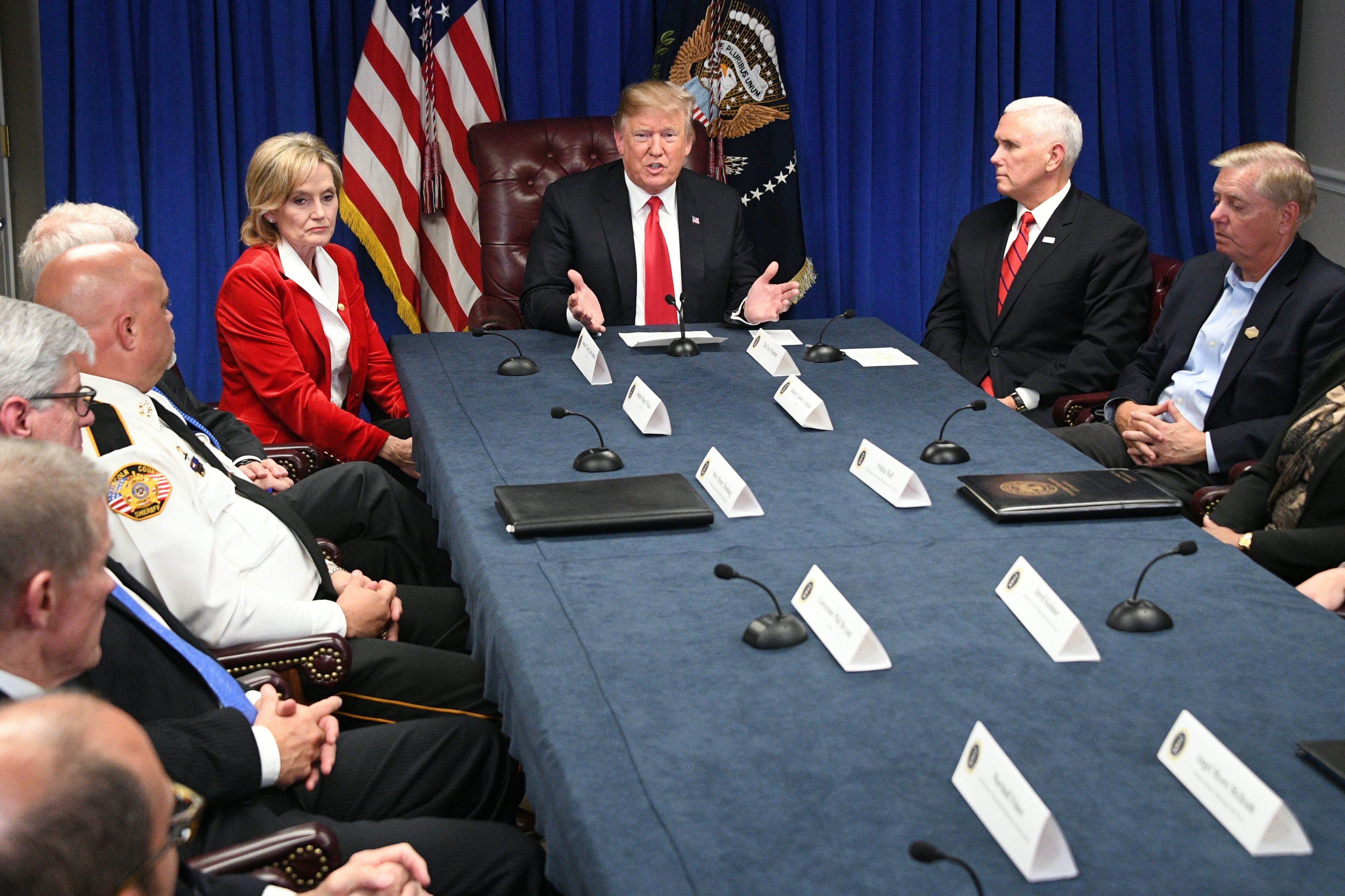 “When you know there’s going to be potential violence, you know there’s going to be tear gas or something, you don’t take your child and bring them there,” the president added. “So I can’t tell you that, but I can say that all over the border you have a lot of ‘grabbers,’ you have a lot of people that grab children and they have no idea who these children are. They’re not parents. They have no idea. And frankly, to release the children to these people is a disaster.”

While there has been a lot of criticism for border patrol officials’ decision to use tear gas, it’s not unprecedented. Back in 2013, under the Obama Administration, they opted to do the same thing in an attempt to ward off migrants.