U.S. President Donald Trump raised the possibility of raiding Iraq’s oil reserves as payment for the lives and treasure lost during the U.S. occupation of the country, Axios reported Sunday, citing unnamed sources.

Trump asked Iraq’s former Prime Minister Haider al-Abadi in March 2017 about what is being done with respect to the country’s oil fields. He also noted that the U.S. had spent more than 10 years in the Iraq with little to show for its effort other than lost lives and trillions of dollars wasted.

“It was a very run-of-the-mill, low-key, meeting in general,” one source who was supposedly in the room during the conversation told reporters. “And then right at the end, Trump says something to the effect of, he gets a little smirk on his face and he says, ‘So what are we going to do about the oil?'”

Al-Abadi was apparently prepared for the question, according to the source.

The former Iraqi prime minister “said something like, ‘Well, you know Mr. President, we work very closely with a lot of American companies and American energy companies have interests in our country,'” the source said. “He was smirking. And the president just kind of tapped his hand on the table as if to say ‘I had to ask.'” 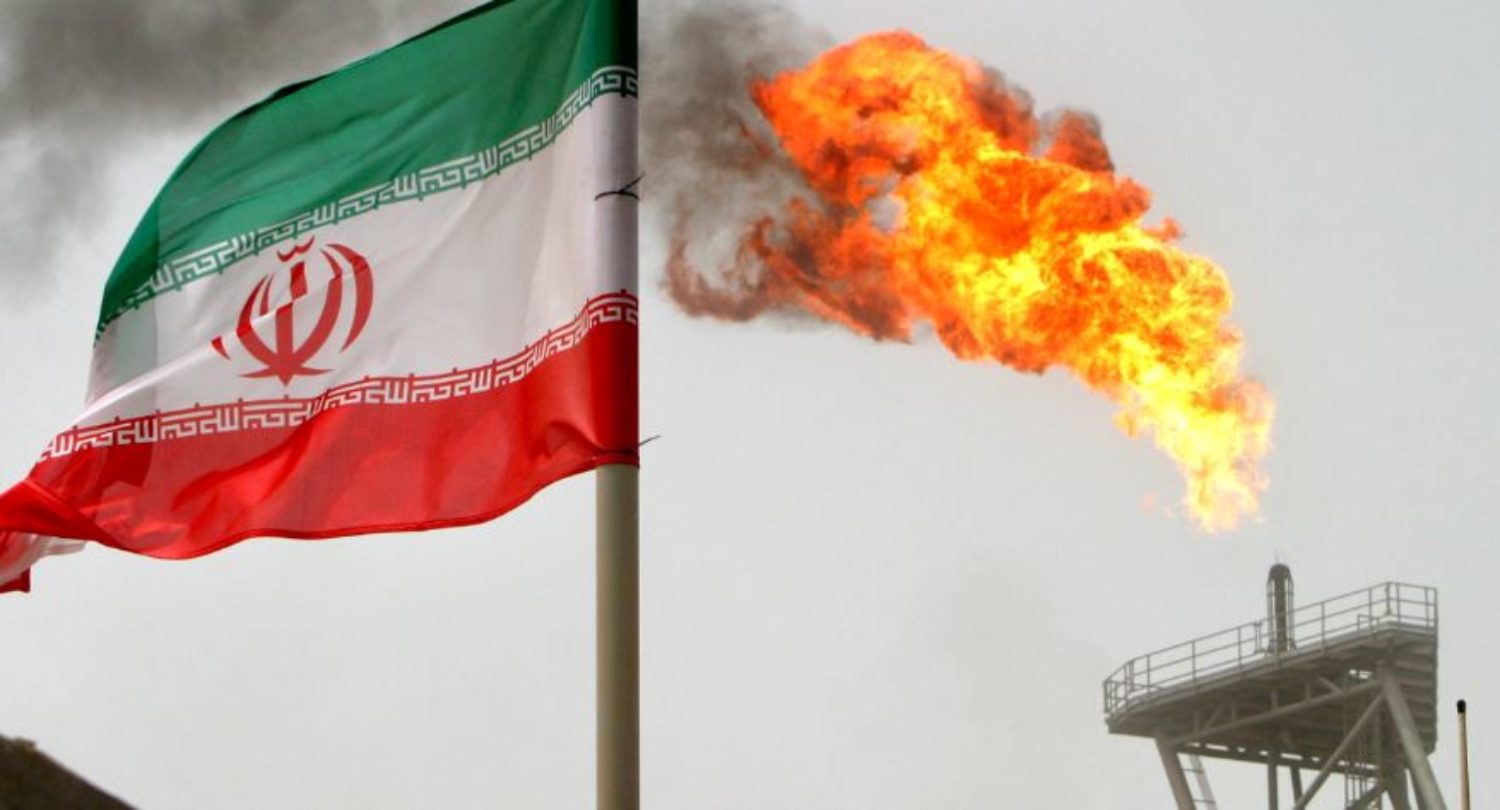 A gas flare on an oil production platform in the Soroush oil fields is seen alongside an Iranian flag in the Persian Gulf, Iran, July 25, 2005. Reuters/File Photo

Trump floated the idea of taking Iraq’s oil during the 2016 presidential campaign.

A strong U.S. oil and gas industry has also taken advantage of OPEC’s recent cutbacks by filling the gap in the international market left by OPEC’s lower production.