The reporter began by asking the following:

A team of 15 Saudi agents flew to Istanbul, Turkey, and killed Khashoggi in an organized hate crime against his religious beliefs. He was strangled to death immediately upon entering the Saudi consulate in Istanbul on Oct. 2 and was later dismembered, Turkish prosecutors said last month. (RELATED: Saudi Arabia Allows Inspection Of Consulate Where Khashoggi Is Said To Have Disappeared)

The reporter continued to ask one more question before Bolton had a chance to respond: “Finally, is it true the White House is blocking Gina Haspel from speaking to senators about that audio intelligence on Wednesday?”

Bolton responded, “Let me take the question of the tape first. No, I haven’t listened to it. I guess I should ask you — why you think I should? What do you think I’ll learn from it?”

The reporter followed up, “Well, you’re the national security advisor; you might have access to that sort of intelligence.”

“How many in this room speak Arabic?” Bolton shot back. 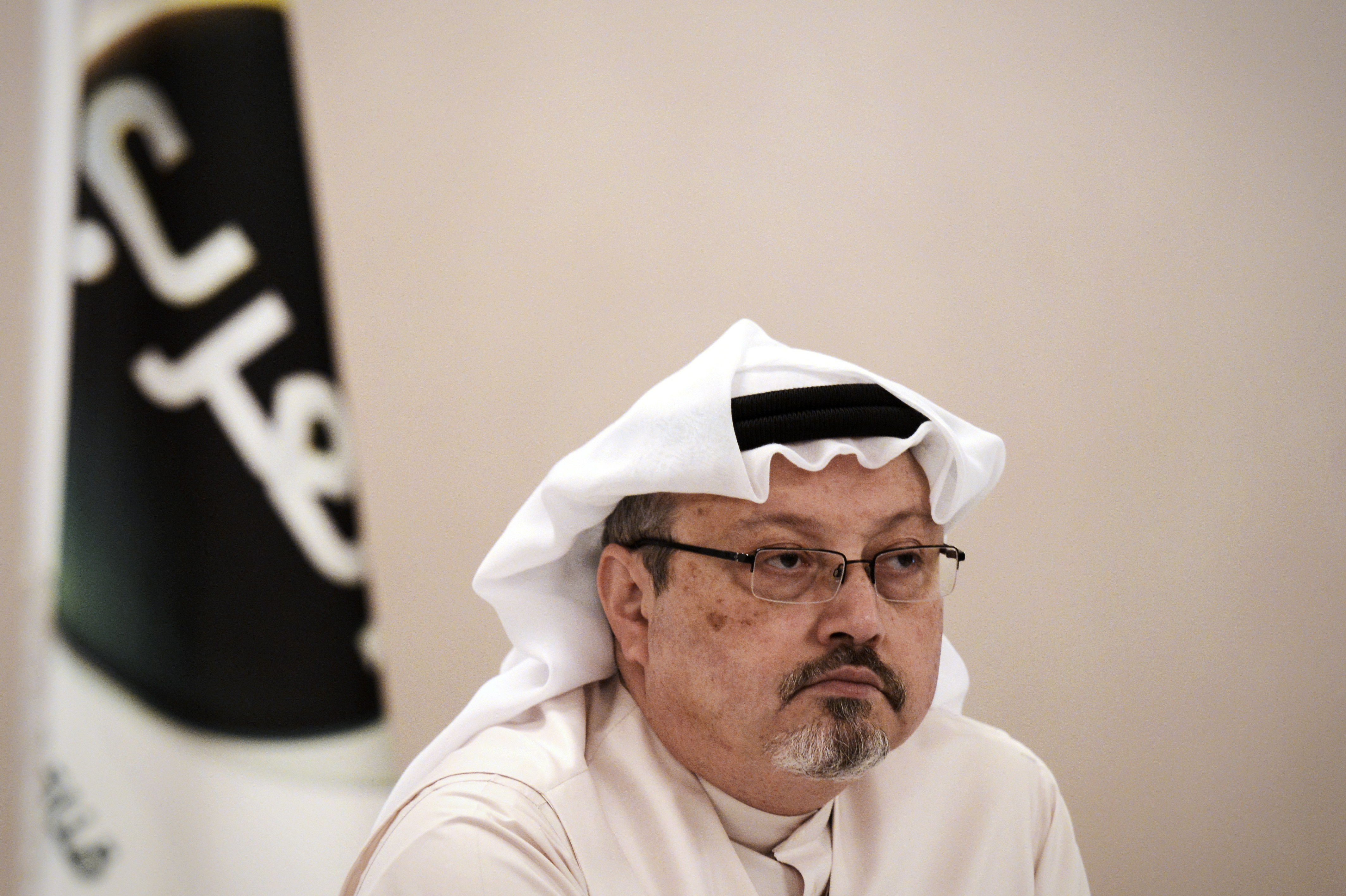 A general manager of Alarab TV, Jamal Khashoggi, looks on during a press conference in the Bahraini capital Manama, on December 15, 2014. The pan-Arab satellite news broadcaster owned by billionaire Saudi businessman Alwaleed bin Talal will go on air February 1, promising to “break the mould” in a crowded field. (MOHAMMED AL-SHAIKH/AFP/Getty Images)

The journalist followed up, “You don’t have access to an interpreter?”

“You want me to listen to it? What am I going to learn from … if they were speaking Korean, I wouldn’t learn any more from it either,” Bolton retaliated. “Then I can read a transcript.”

The reporter asked, “So, you don’t think it’s important to hear that?”

“I’m just trying to make the point that everybody who says, why don’t you listen to the tape? Unless you speak Arabic, what are you gonna get from it? The president has spoken to our position on this issue. He’s spoken very clearly and that is our position,” Bolton fired back.