Californians are increasingly turning to private firefighting forces to protect their homes and businesses as wildfires cause increasing amounts of damage across the state, the Los Angeles Times reports.

Private firefighting brigades work with state and county firefighters to guard specific homes and communities. They work under insurance companies to add protection for homeowners that want to pay for a pricier policy.

Public-sector firefighters are sometimes at odds with the private forces when the private firefighters refuse to evacuate a certain area. (RELATED: Blaming California Wildfires On Global Warming ‘Has Little Grounding In Fact,’ Scientist Says)

“From the standpoint of first responders, they are not viewed as assets to be deployed. They’re viewed as a responsibility,” California Professional Firefighters communications director Carroll Wills told the Los Angeles Times.

Deadly wildfires that scorched the state in the latter half of 2017 caused roughly $12 billion in damage.

“These claim numbers are staggering and represent the costliest fires in California history,” Insurance Commissioner Dave Jones said in a January statement.

The Camp Fire, which ignited Nov. 8, is the deadliest and most destructive wildfire in California history. The blaze killed at least 85 people and destroyed more than 18,000 structures, including nearly 14,000 homes. The fire all but destroyed the town of Paradise. 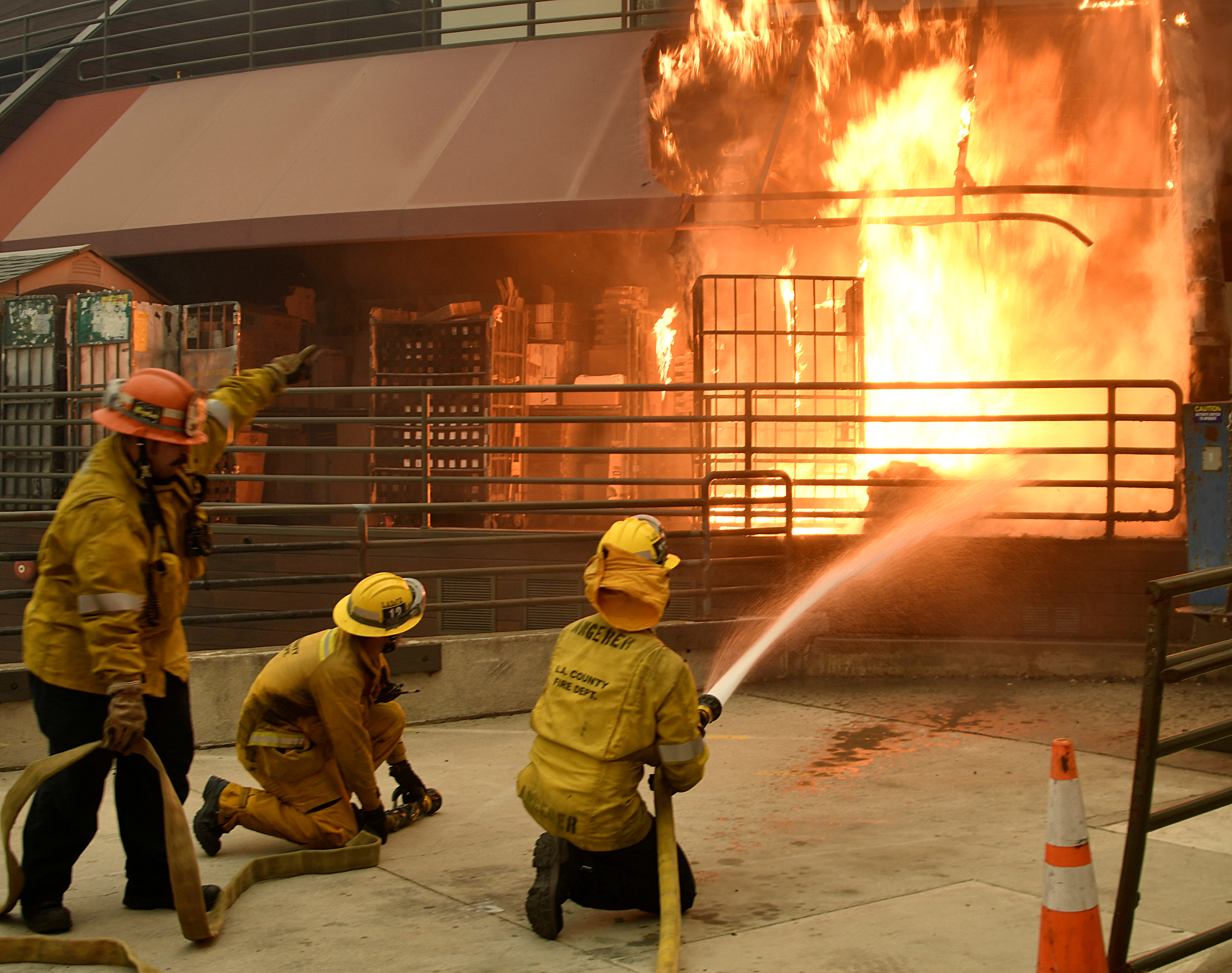 The Woolsey Fire started the same day as the Camp Fire and destroyed another 1,500 structures. While officials have yet to tally the cost of the 2018 wildfires, experts believe the numbers will not look any better than in 2017.

“It’s clear, unfortunately, that just when I don’t think it can get any worse in terms of structures destroyed, it seems to get a lot worse,” California Department of Forestry and Fire Protection assistant chief Chris Anthony told the Los Angeles Times. “If these insurance companies are trying to mitigate risk and liability, the trends are pretty clear the numbers are going to rise as fires get worse. From an economic standpoint, it makes total sense what they’re trying to accomplish.”

President Donald Trump has hammered California’s environmental policies and threatened to pull federal funding from the state if it does not incorporate more active management strategies into its forest maintenance.