Democratic Sen. Dianne Feinstein signaled Monday she may be considering a run for re-election in six years despite being over 90 years old when her current Senate term ends.

Feinstein, 85, changed the name of her political action committee (PAC) to “Feinstein for Senate 2024,” according to a filing with the Federal Election Commission (FEC). The move is commonly considered to be an initial step toward running for re-election. 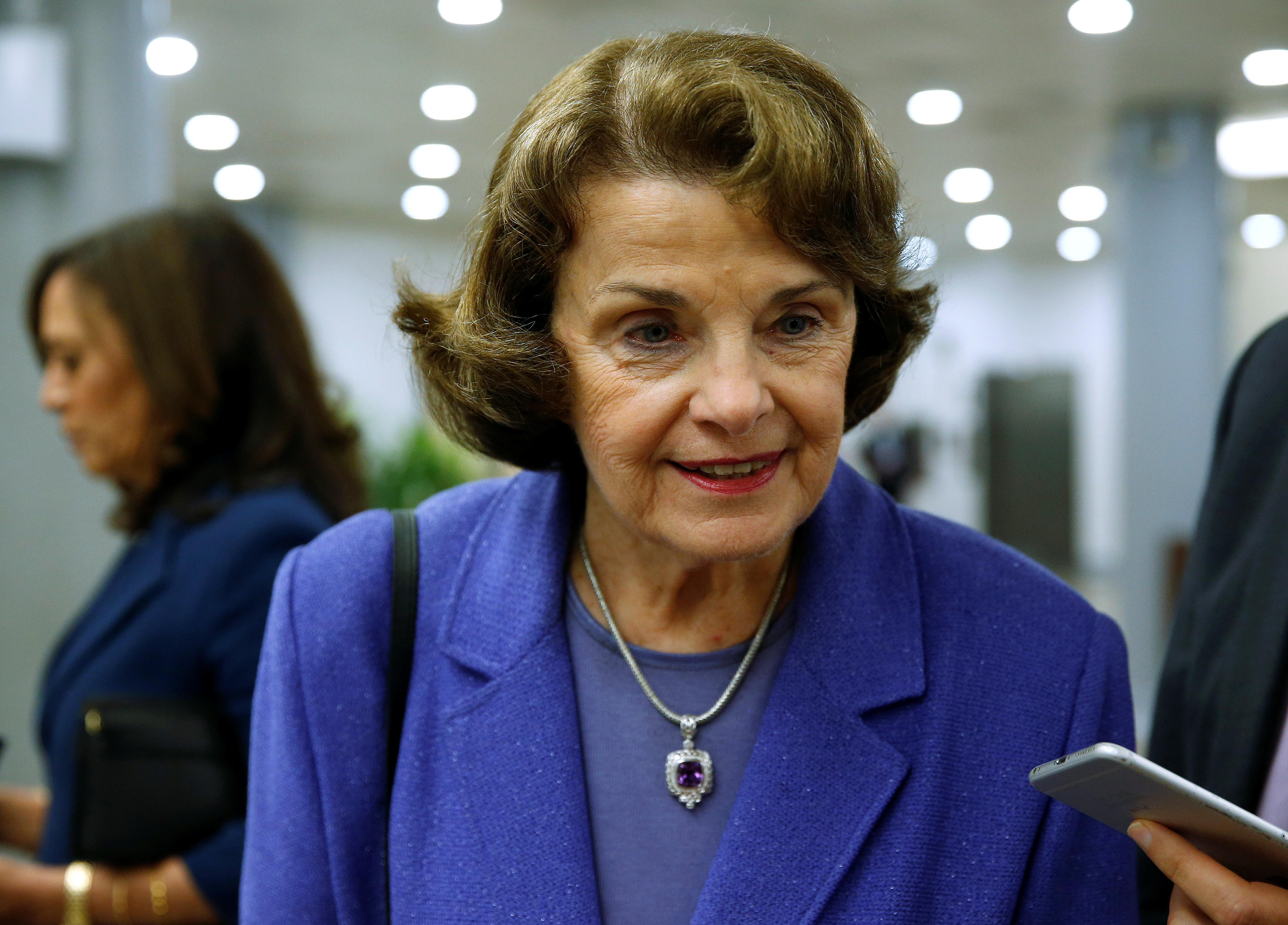 Democratic Sen. Dianne Feinstein of California speaks to reporters after the Senate approved $15.25 billion in aid for areas affected by Hurricane Harvey along with measures that would fund the federal government and raise its borrowing limit on Capitol Hill in Washington, U.S., Sept. 7, 2017. REUTERS/Joshua Roberts

The five-term senator won re-election to her U.S. senate seat in the state of California in November. She edged out a 10-point win over her more progressive challenger, Kevin de Leon, even though California Democrats declined to endorse her 2018 bid. (RELATED: Feinstein And Schumer At Odds Over Whether To Release FBI Report)

Feinstein faced backlash for repeatedly attempting to delay the Senate Judiciary Committee’s hearing to confirm Justice Brett Kavanaugh to the Supreme Court. As the committee’s ranking Democrat, she was made aware of Christine Blasey Ford’s accusations of sexual assault against Kavanaugh in July, weeks before the Senate Judiciary Committee convened for his hearing. However, Feinstein notably withheld information from her Senate colleagues until right before the committee was scheduled to vote.

The FEC filing does not officially affirm that the California senator is running for re-election, however, it does imply that Feinstein intends to fundraise campaign donations for a potential candidacy, according to The Washington Free Beacon.

Feinstein is currently the oldest sitting member in the U.S. Senate. She will be 91 years old when her term expires. The oldest sitting senator in U.S. history was Strom Thurmond, who served until he was 100 years old.

Feinstein’s office did not return The Daily Caller News Foundation’s request to comment.