Trial began Monday for a 71-year-old former priest, who previously pleaded guilty to raping an altar boy, on charges of sexually assaulting two other boys.

Ronald Paquin faces 31 charges related to the his alleged sexual assaults against two boys between 1985 and 1988 when they were 14 and younger in Kennebunkport, Maine. Paquin was defrocked in 2004 after pleading guilty in 2002 to repeatedly raping an altar boy in between 1989 and 1992 and was imprisoned until 2015. (RELATED: Worldwide Catholic Nuns Denounce Church’s ‘Culture Of Silence,’ Urge Abused Sisters To Report To Police)

The plaintiffs allege that Paquin sexually abused them at various times on trips to Maine. One plaintiff claimed that Paquin befriended him when he was an altar boy in Haverhill, Massachusetts, and that the then priest took him out for meals, let him drive his car, and took him on trips during which Paquin performed sexual acts on him and coerced him into repeating those acts on Paquin.

“He tried to be like a pal,” the man said during court testimony, according to the Portland Press Herald.

The man claimed that Paquin used his parent’s divorce to manipulate him.

“He said no one would care for me as he does,” he said. 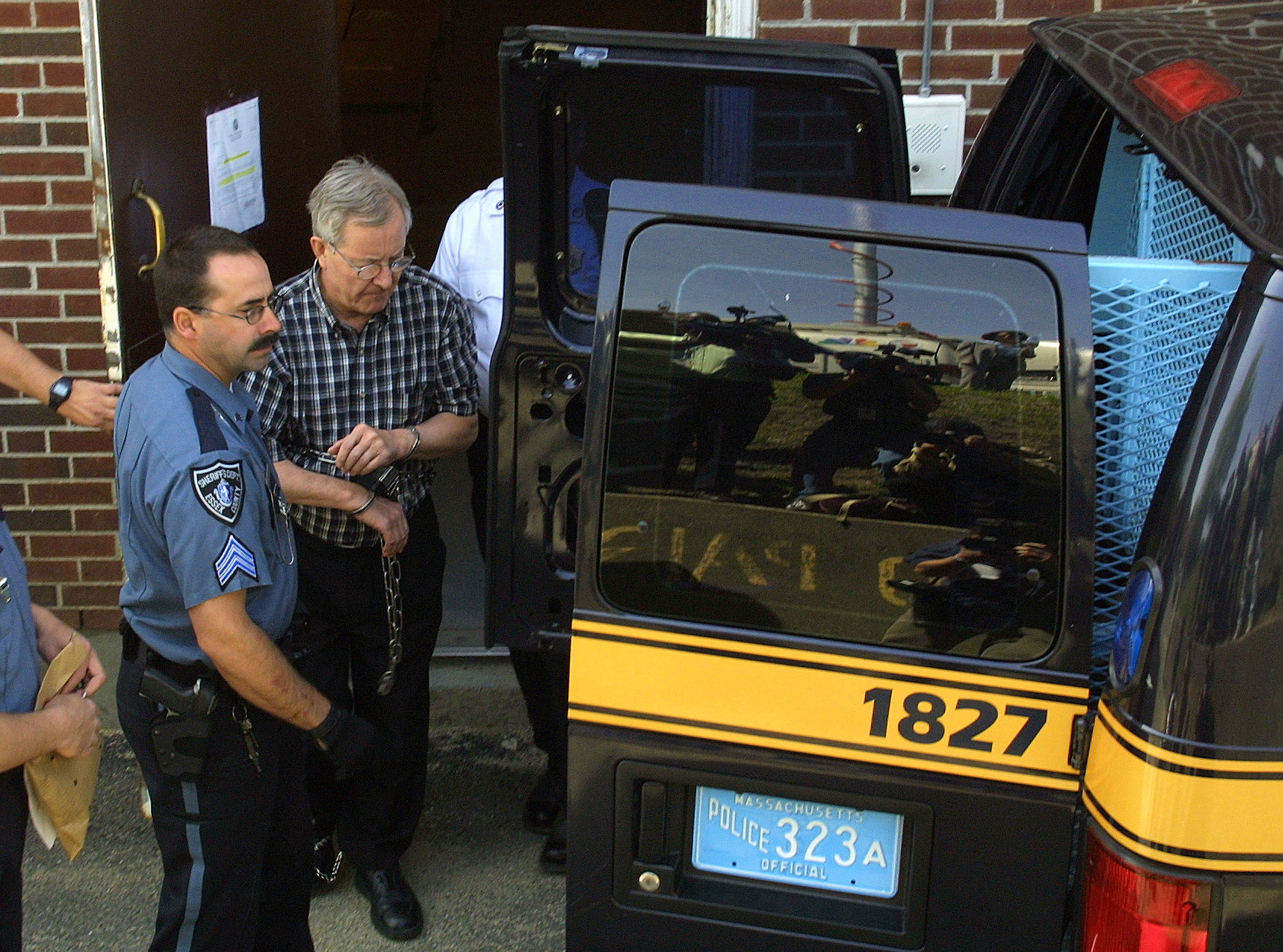 Former priest Ronald Paquin is led from Haverhill District Court by Haverhill and Essex County police officers after being arraigned on a charge of rape and abuse of a child May 8, 2002 in Haverhill, MA. (Photo by Christina Caturano/Getty Images)

Though the alleged assaults happened over 30 years ago, the plaintiffs were able to bring charges against Paquin because Maine has no statute of limitations on sexual crimes committed against minors younger than 16.

Assistant District Attorney Justina McGettigan said in court that Paquin befriended both plaintiffs when they were altar boys, following a similar pattern, and not only took them on trips but also gave them alcohol. Court documents state that one of the plaintiffs was “substantially impaired” with drugs during one incident of alleged sexual assault.

Authorities released Paquin from prison in 2015 after experts declared that he was no longer a sexual threat. Paquin was indicted two years later in 2017 on 29 charges related to the alleged sexual assault of the current plaintiffs. Authorities arrested him in Boston and prosecutors later added two more charges against him, for the total of 31, all of which are felonies. Paquin has been imprisoned in York County Jail since his latest arrest.

Paquin previously admitted to medical evaluators that he had abused at least 14 boys. He has made civil settlements in response to past allegations against him, aside from his one criminal conviction.

1
Fire At Florida Airport Destroys 3,500 Cars
US
2
Was The Stockpile Shortage Under Obama A Result Of The Tea Party? Not So Fast
Media
3
Dana Perino Floats '2nd Task Force' To Focus On Reopening Economy, And It Appears Trump Likes The Idea
Media
4
Joe Rogan: 'I Would Rather Vote For Trump' Than Joe Biden
Media
5
World Health Organization: Abortion Is 'Essential' During Coronavirus Pandemic
Politics