South Carolina Republican Sen. Lindsey Graham pointed out Tuesday night the hypocrisy surrounding both President Barack Obama and President Donald Trump’s use of tear gas to prevent people from crossing the southern border during his appearance on Hannity.

A group of about 100 migrants near the San Ysidro port of entry threw rocks and bottles at border agents in November 2013. The agents responded by shooting pepper balls into the crowd and forcing them back into Mexico, according to The San Diego Union-Tribune.

“How long does it take you to figure this out? When it comes to Obama, when he uses tear gas, he is protecting the country. The narrative is that Trump is a cruel, heartless bastard, only works if he uses tear gas on kids, and it undercuts the argument that if the Obama Administration used tear gas to protect our border from being overrun,” Graham began.

Hannity responded, “What are they supposed to do, when rocks and bottles are being pelted at them? What are we supposed to do when they are breaking down barriers and want to rush the border? This is what we were warning about before the election, and it is now coming to pass. And there are thousands more still coming.” 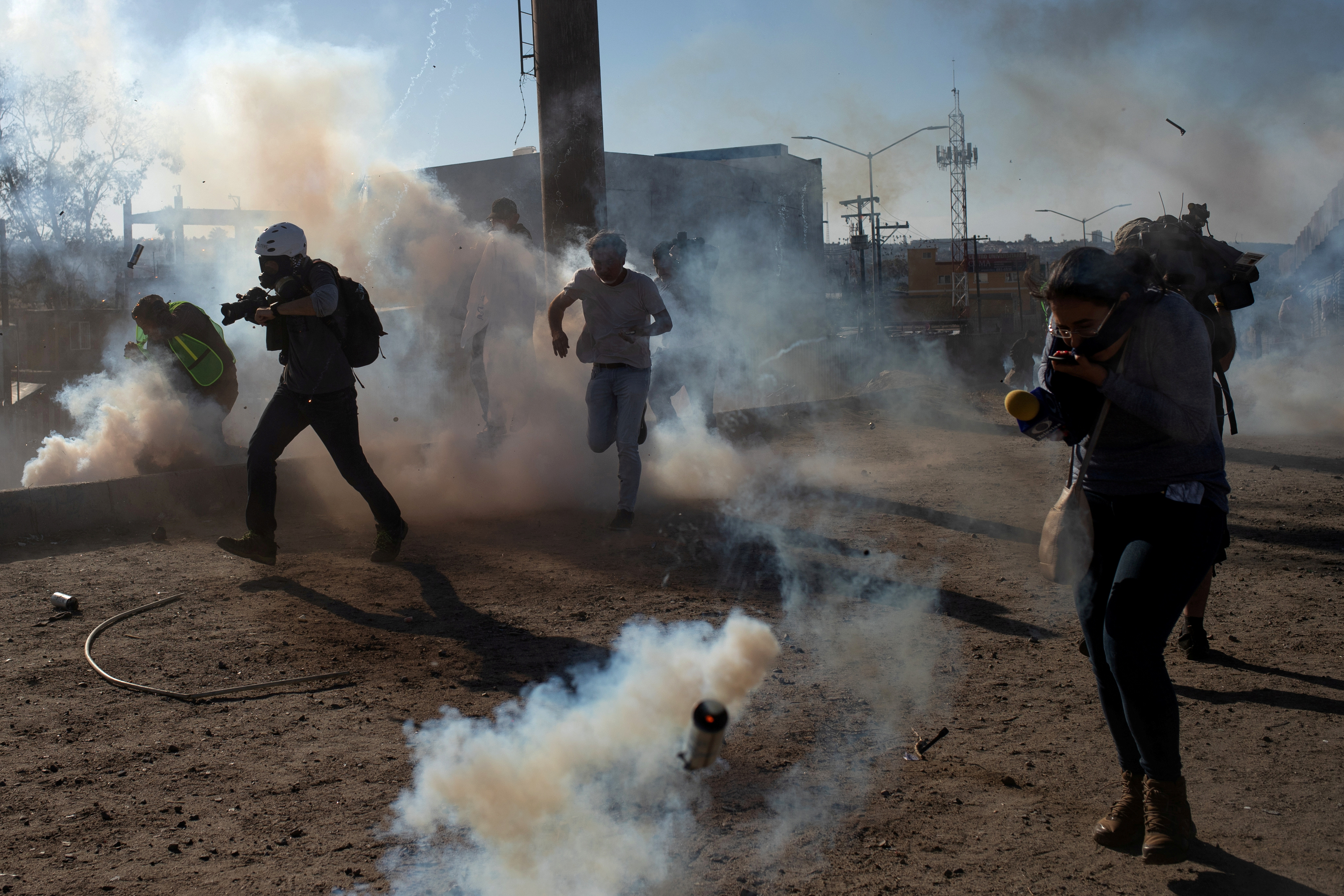 “I have been a lawyer in the military most of my adult life. You use the least amount of force possible to protect you and secure the mission. The mission is to protect the border from being overrun. Tear gas keeps the people apart. You don’t get in a fight. That’s a good thing,” the Senator continued. (RELATED: Flashback: Obama Administration’s Border Patrol Shot Pepper Balls At Migrants In 2013)

He added, “The bottom line is Donald Trump was right to call the caravan out weeks ago. He is right to make sure it never crosses the border. People throughout the world are watching the president. If he blinks here, his credibility on securing the border is dead. He is not going to blink. To my Democratic friends, how do you expect the public to work with us to fix a broken immigration system if you support one wave after another?”