Nearly 50 activist groups are pressuring incoming Democratic lawmakers to reject donations from fossil fuel companies and accept a proposal designed to shift the U.S. away from oil and toward green energy.

Friends of the Earth and 350.org are among a handful of groups that released a letter Tuesday imploring Democrats to accept the so-called Green New Deal, which urges lawmakers to make the U.S. fully dependent on green energy. They also want lawmakers to say no to fossil fuel donations.

“For any shot at averting further climate catastrophe, all elected officials must say no to fossil fuels and fight for a Green New Deal that puts people and planet first,” May Boeve, Executive Director of 350.org, said in a press statement announcing the letter. “It’s not enough to acknowledge the reality of climate change.”

Other activists aligned with the movement share that position.

“To preserve human civilization as we know it, top UN scientists say we need to transform our economy and society in the next 12 years,” Varshini Prakash, co-founder of the Sunrise Movement, said in a joint statement with Boeve. “Yet, politicians of both parties are putting the bottom-lines of their campaign donors above my generation’s future.”

The Green New Deal is the brainchild of New York Rep.-elect Alexandria Ocasio-Cortez, a Democrat who endorsed an effort to primary members of her own caucus if they were deemed insufficiently progressive.

“We need new leaders, period. We gotta primary folks,” Ocasio-Cortez’s chief of staff, Saikat Chakrabarti said on a Nov. 17 press call. Chakrabarti is a co-founder of Justice Democrats, a group devoted to electing Democrats who toe the environmentalist line. (RELATED: Report Seems To Undermine Ocasio-Cortez Claim To Not Be Able To Afford D.C. Apartment) 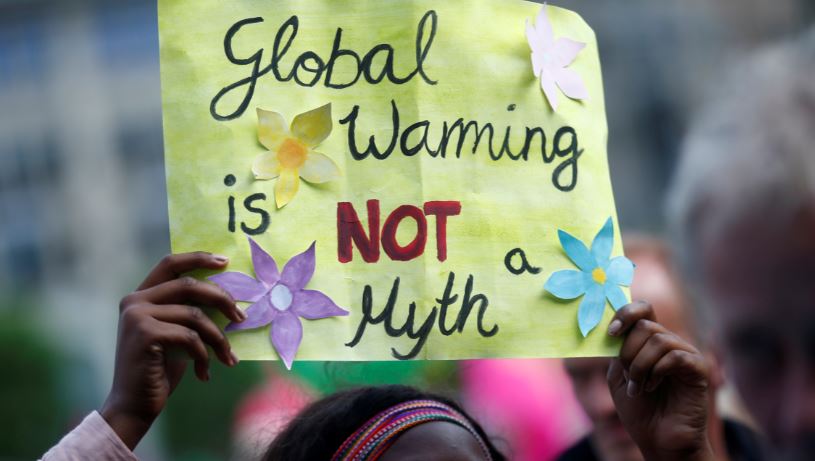 Nine Democrats have already joined Ocasio-Cortez’s demands for a Green New Deal House committee that, if formed, would push a bevy of climate change legislation. The move indicates Ocasio-Cortez could be gaining strong influence among her party’s more progressive wing.

Many of the 15 Democratic lawmakers who signed a No Fossil Fuel Money pledge in 2018 refusing donations from energy companies have their own cash invested in coal and oil. Ditching personal assets was not a requirement for those who signed the pledge.

Most of the signers kept their promise to reject contributions from fossil fuel executives. Reps. Beto O’Rourke of Texas, Ro Khanna and Barbara Lee of California, as well as Sens. Bernie Sanders of Vermont and Dianne Feinstein of California were among those who signed the deal.

Reports show Lee has stakes in some fossil fuel companies, while Khanna has major financial ties to the oil industry through his wife, Ritu, who has millions of dollars invested in companies such as Chevron Corp. and Exxon Mobil. Khanna acknowledged the investments but said it’s still important for the Democratic National Committee to oppose industry cash.