Actor Tom Arnold confirmed Monday that his over-the-top tweets directed at President Donald Trump prompted a visit by the Secret Service to Arnold’s house in October. Agents warned the comedian about irresponsible use of social media and how it can inspire others to act out violent language.

An apparently unrepentant Arnold thought the agents should be focusing their message on Trump. “I’m sorry the President [sic] & White House say things that they know could incite violence on the media & U.S. Citizens [sic] almost daily. I’m sorry because Secret Service agents are more at risk than anyone.”

My statement about the Secret Service visit to my house: pic.twitter.com/BFOht796aW

Arnold tried to incite Trump into a Twitter fight and a genuine brawl after the president expressed his support for Montana Republican Rep. Greg Gianforte, the congressman who enjoys both fame and notoriety for body-slamming a journalist. (RELATED: CNN’s Chris Cuomo Invites Rep. Gianforte To Bodyslam Him Next) 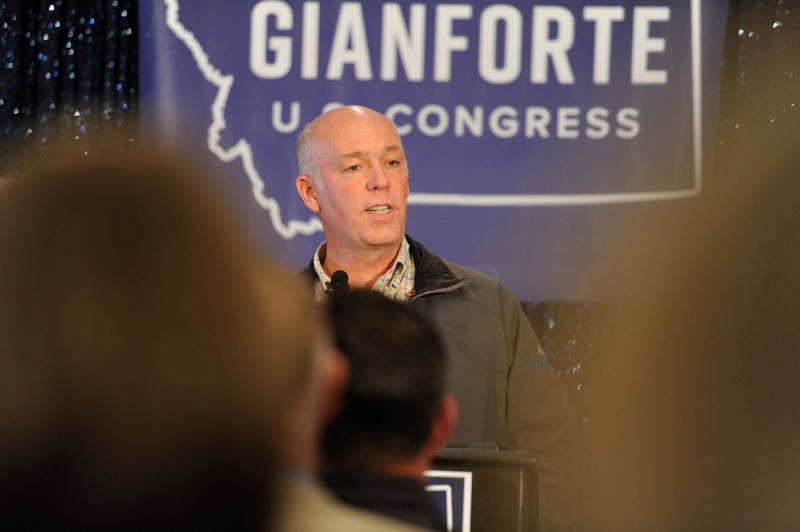 Secret Service agents visited comedian and actor Tom Arnold’s home last month to question him about his anti-Trump tweets, one of which read, “I say put up or shut up @realDonaldTrump Me vs You. For America. First body slam wins. Any Rally. Any Time. Between now & the midterms,” on Oct. 19.

The president did not apparently reply to the challenge.

U.S. President Donald Trump points to the crowd after delivering remarks at an event for “supporting veterans and military families” at the White House in Washington, U.S. Nov. 15, 2018. REUTERS/Leah Millis

Arnold went one further, pasting the outrageous Photoshopped pic of comedian Kathy Griffin, holding what appears to be a model of Trump’s detached head, with the caption: “Next time Kathy won’t be holding his fake head!”

The comedian later deleted it.

But not before it was noticed by Twitter multitudes — and the Secret Service, entrusted to protect the life and security of the president.

On Oct. 25, two agents dropped by Arnold’s residence to talk. Arnold recorded the conversation and the video was posted by Mother Jones. One of the unidentified agents can be heard lecturing Arnold about the dangers of untempered social media habits. (RELATED: Tom Arnold Vows To Keep Fighting After Prosecutors Drop His Battery Claim Against ‘Survivor’ Creator)

“In your type of case, what we’re concerned with a lot, too, is the audience it could reach, that it could incite somebody,” he said.

The second agent reminded Arnold that what one person considers innocuous “can trigger others to commit violence.”