Three U.S. service members were killed Tuesday in a roadside bombing in Afghanistan that wounded three others, the NATO Resolute Support Mission in Afghanistan announced, marking this year’s deadliest month in Afghanistan.

The U.S. military said an improvised explosive device went off in the eastern Ghazni province and killed three members of the military and wounded three others, including an American contractor, the military statement reads.

The wounded service members and contractor have been evacuated from the area and are receiving medical care.

The identities of those killed in action are withheld until 24 hours after the fallen’s family members are notified, as is Department of Defense policy. 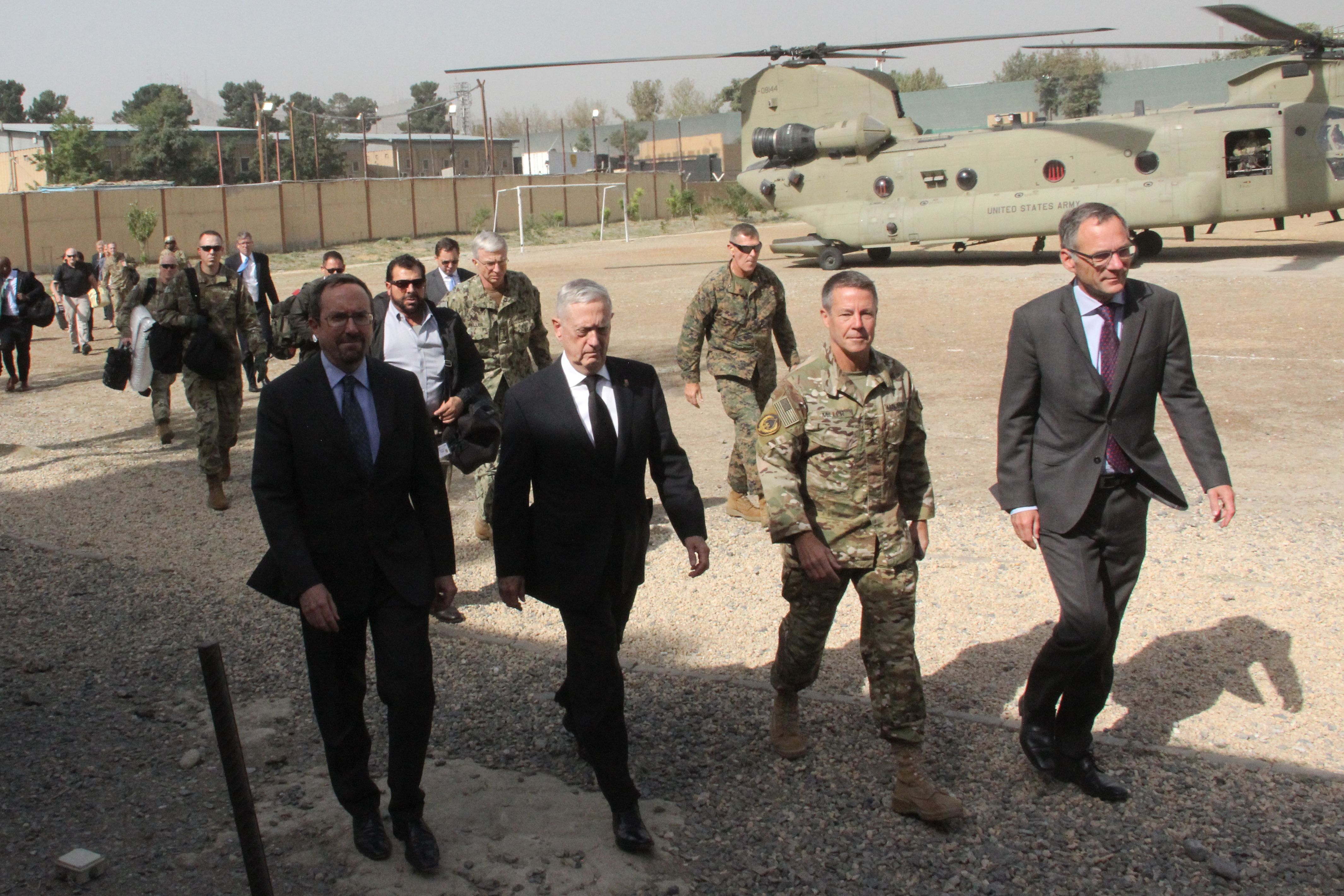 US Defense Secretary Jim Mattis (2nd L)  landed in Kabul on September 7 for an unannounced visit to war-torn Afghanistan, adding his weight to a flurry of diplomatic efforts to bring the Taliban to the negotiating table. (Photo by Thomas WATKINS / AFP)

Army Ranger Sgt. Leandro Jasso, 25, was killed Saturday while engaging enemy forces in the Nimruz Province of Afghanistan. He was on his third deployment.

An initial review revealed Jasso was likely killed accidentally by an Afghan partner force fighting alongside Jasso. (RELATED: US Soldier Killed In Afghanistan Identified As Army Ranger On His Third Deployment)

Initial reports indicated Taylor was shot and killed by a member of the Afghan security forces on what was his fourth overseas deployment.

Taylor deployed to Afghanistan in January as part of an advisory team that trains Afghan commando units and previously served more than a decade in the National Guard, including seven years of active duty.

While the U.S. and NATO formally ended their combat mission in the country in 2014, troops continue to provide support to Afghan security forces. There are around 15,000 American security forces currently in Afghanistan.