MSNBC anchor Chris Jansing acknowledged that the briefing was occurring and even complained about the relative lack of briefings over the past several months, but did not air it live for viewers. (RELATED: CNN, MSNBC Cover Trump’s TV Habits During NYC Explosion)

“In Washington, the White House is briefing reporters,” Jansing said. “This is the first time this month, and it’s November 27, and it’s only the fourth briefing since Labor Day. The last time they briefed in front of that podium, October 29, and that one lasted just 23 minutes, so we’re keeping a close ear to what’s happening right now.”

The only time MSNBC cut to the briefing was to show Sanders’ brief response to a question about Manafort, but they did not include the question. Jansing later got confused by the lack of context to Sanders’ answer and had to ask her control room for clarification.

“Were you folks listening back in the control room?” Jansing asked.

Despite the clumsiness of trying to cover bits of news from the briefing without carrying it live, MSNBC received praise for its editorial decision. 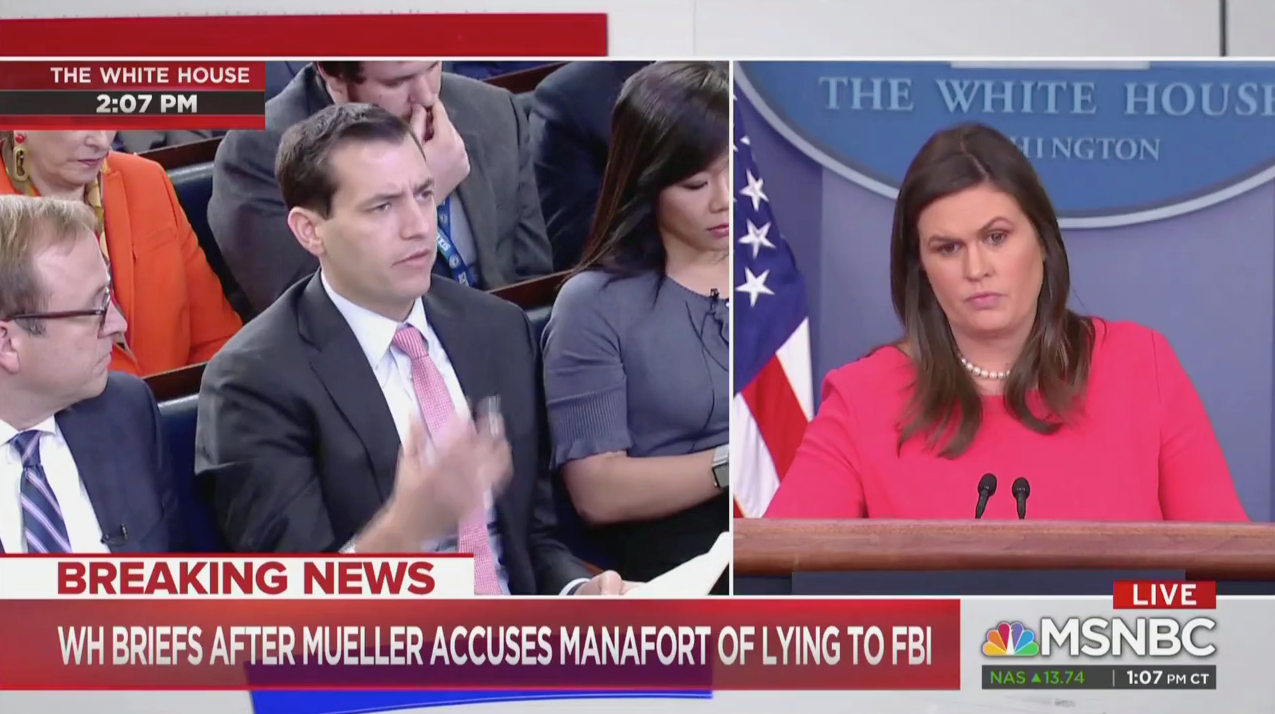 The Washington Post’s Erik Wemple wrote, “It’s hard to overstate the journalistic merits of this approach,” noting that MSNBC covered a number of other important stories during the briefing:

Asked about Tuesday’s decisions, an MSNBC source said, ‘Given the pace of the day’s news, we decided to monitor the briefing and to report on any major developments afterwards. The briefing was live streamed on NBCNews.com.’

Bolding added to highlight a reasonable standard, one that hopefully will catch on with other broadcasters.

A few blue checkmarks on Twitter also heaped adulation on the network for skipping the briefing.

Good for MSNBC in ignoring Sarah Sanders press briefing. Cover real news, not dishonest flacking. The standard for covering anything Trump or acolytes say ought to be if 1) it has a clear basis in truth 2) it is genuinely newsworthy. Both rare events.

Bravo to MSNBC for not airing this Sarah Sanders press briefing. Others should follow suit. Stop amplifying all of them.

‘They are simply not going to give this administration an unchecked platform to use to lie and deceive their viewers’.

Fox News and CNN both carried the briefing live.