CBS’s “Murphy Brown” reboot has been canceled after one season following its initial run of 13 episodes amid low ratings.

The 90s sitcom hit the air September 27 and will finish out December 20 as the Diane English created show has underperformed in its slot on Thursday nights in primetime, according to the Hollywood Reporter Wednesday.

The report notes that the series was always intended to only run 13 episodes. (RELATED: Roseanne Barr Says Revived Show Deals With America Under President Trump) 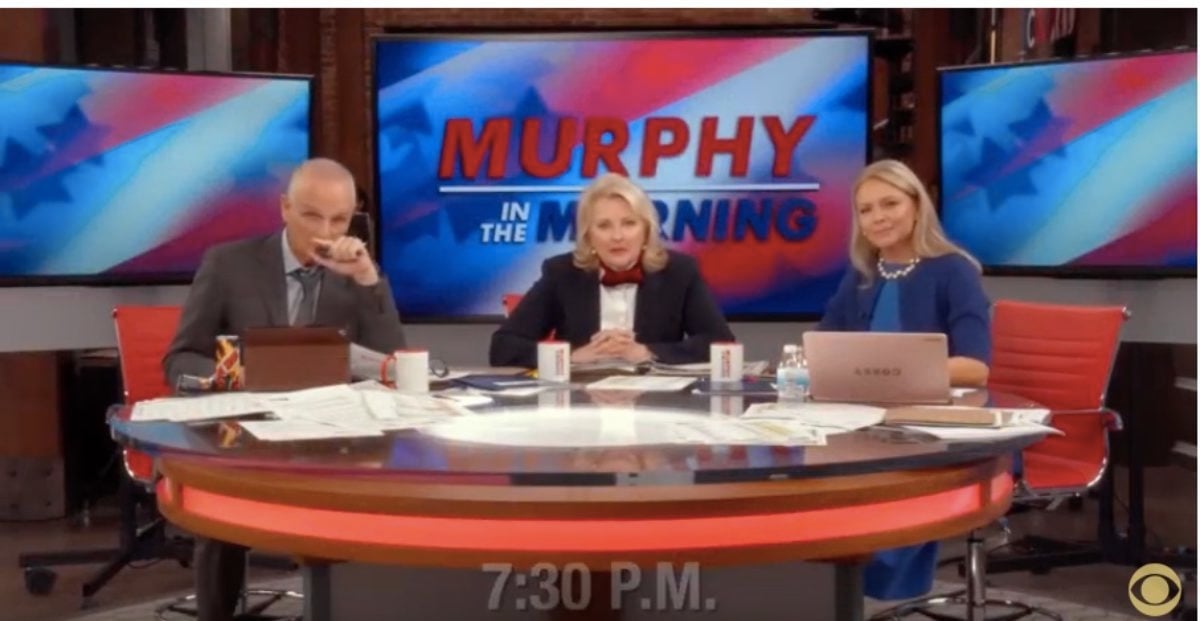 Bringing in a total of 6.2 million viewers and a 0.9 million in the coveted age demographic for advertisers of ages 18-49, the multicamera show “Fam,” starring Nina Dobrev and Tone Bell, will take over the series 9:30 p.m. time slot starting in January.

The CBS comedy returned with some of its original cast members with performers like Candice Bergen, Faith Ford, and Joe Regalbuto. The sitcom currently remains in “consideration for a renewal.”

One of the show’s stars, Bergen, shared during a recent appearance on “The View,” that after Donald Trump won the election they were inspired to bring back the show. During the shows run, it has taken numerous swipes at the president.

“If the election had gone differently we would not have brought it back,” the 72-year-old star shared. When asked by co-host Joy Behar if it was because of Trump. Bergen answered, “Yes, yes it is.”

As previously reported, “Murphy Brown” ran on CBS from 1988–1998 and centered around a group of TV journalists and dealt with political and topical issues of the time. Bergen won five Emmys for her role.