House Democrats selected Minority Leader Nancy Pelosi as the nominee for speaker of the House on Wednesday in a closed-door meeting with the caucus.

The nomination marks a win for Pelosi in the first major step in her bid to reclaim the leadership position when Democrats take back control of the House in January 2019. She needed only half of the Democratic Caucus to vote on her behalf in order to secure the nomination.

Pelosi served as the speaker from 2007 until 2011 — the only woman to ever hold that position. Her return to the speakership position would make her only the seventh individual to do so on non-consecutive terms. 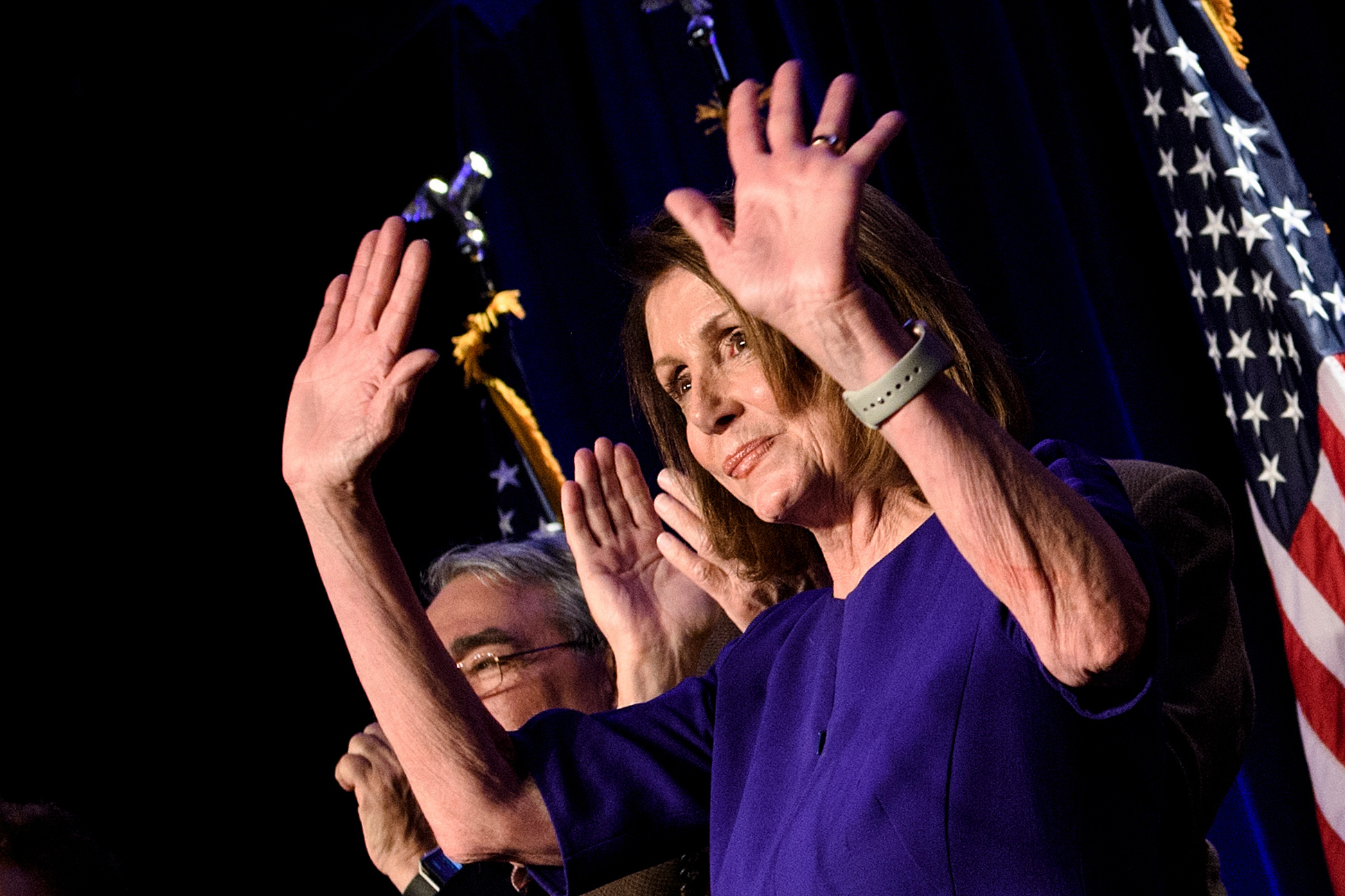 House Minority Leader Nancy Pelosi celebrates a Democratic Party takeover of the House of Representatives during a midterm election night party hosted by the DCCC on November 6, 2018 (Brendan Smialowski/AFP/Getty Images)

Despite ultimately running unopposed, Pelosi faced a challenge from a small, but vocal fraction of Democratic congressmen and congressmen-elect who opposed her ascension to the leadership position. (RELATED: Democrat Voters Want Pelosi As Speaker And It’s Not Even Close)

A cohort of House Democrats began circulating a letter in mid-November in an effort to block the California congresswoman from winning the position — the letter was eventually signed by 16 Democratic representatives, citing the need for a new direction within the Democratic Party. In order to obtain the speakership, Pelosi could only afford to lose 15 votes. However, the dissenters were not able to find an adequate challenger, and various signatories of the letter began reversing their opposition and backed Pelosi.

The full House of Representatives will hold a final floor vote to elect the speaker after the new year. Since Pelosi successfully won the Democratic nomination, she is expected to easily win back the gavel.