Also mixed into the short video are shots of bloody hands, a dimly lit man putting on a rubber President Trump mask, and blood dripping down an American flag.

Other media outlets, including Slate and Vice, criticized Melania’s holiday decorations and accused the first lady of hosting the “Christmas from Hell.” Melania received similar critiques during last year’s Christmas season when the media attacked her icy white trees as a horror show nightmare. 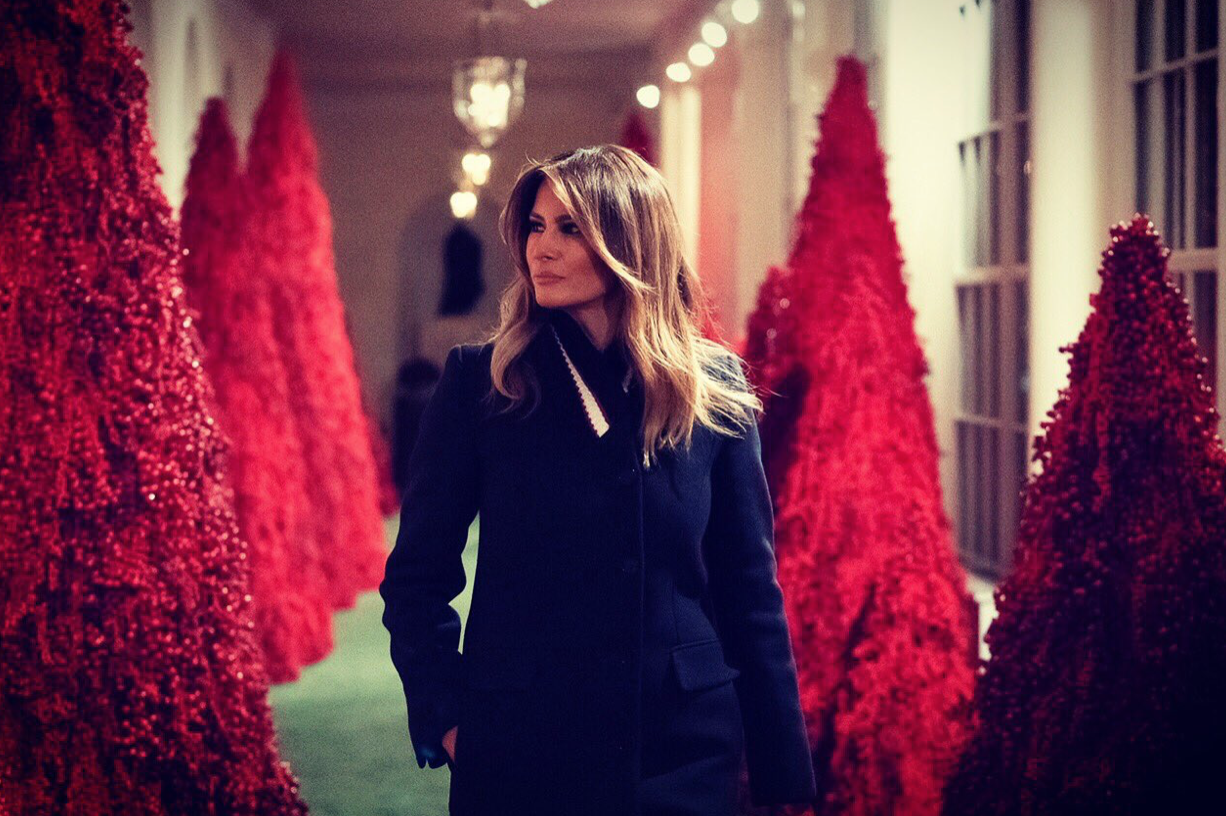 The first lady is defending her design choices, telling students during a speech at Liberty University on Wednesday that she thinks the décor look “fantastic.”

“We are in the 21st century, and everybody has a different taste,” Melania said, “I hope you will call come over to visit. In real life, they look even more beautiful. You are all welcome to visit the White House, the people’s house.”