Rev. Henry Christopher Foxhoven pleaded guilty to three charges of sexual battery against a 17-year-old girl whom he impregnated and was sentenced to 12 years imprisonment.

Athens County Prosecutor Keller Blackburn said an Ohio court sentenced Foxhoven, 45, Tuesday and that the priest must register as a sex offender, according to The Associated Press. Foxhoven reportedly engaged the altar girl in sexual acts between Aug. 17 and Oct. 25. The priest and the girl met with her parents Oct. 26 to tell them she was two months pregnant, and Foxhoven confessed the next day to Diocese of Steubenville Bishop Jeffrey Monforton. (RELATED: Ex-Priest Who Admitted Raping An Altar Boy Starts Trial For Alleged Sexual Assault Against Two Others) 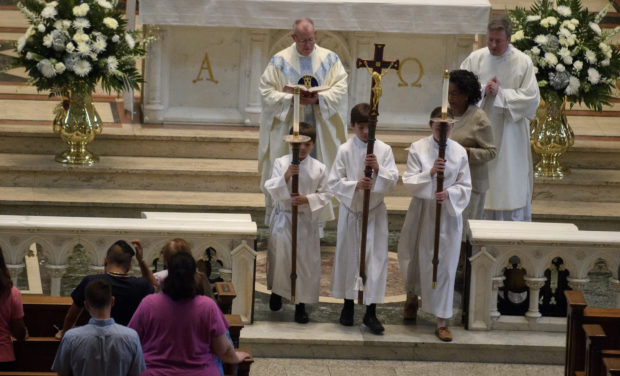 The Pittsburgh Diocese was rocked by revelations of abuse by priests the day before on August 14, 2018.(Photo by Jeff Swensen/Getty Images)

“The Diocese in Steubenville reported the allegations to the Athens County Sheriff’s Office when they became aware of them, and have continued to cooperate with the investigation,” read a sheriff’s office press release, according to the Zanesville Times Recorder.

Court records show Foxhoven had sex with the girl at least eight times in the church rectory.

“Foxhoven’s role was to help her, he satisfied himself instead,” Prosecutor Keller J. Blackburn said. “He helped to destroy an institution, he caused harm, not only to the victim and members of the Holy Cross and Saint Mary of the Hill congregations, but members of the Catholic church worldwide.”