Students and faculty at a Michigan college are getting ready to use hockey pucks as weapons in case of a campus shooter situation.

Pucks were distributed earlier in November with 1,700 pucks going to students and 800 to union members. Oakland’s Student Congress also ordered 1,000 hockey pucks for students, according to the Free Press.

“It’s just the idea of having something, a reminder that you’re not powerless and you’re not helpless in the classroom,” Discenna said.

The southeastern Michigan college has a no-weapons policy on campus, reported the Free Press.

“No person shall possess a pistol or any other firearm, dangerous weapon, weapon, explosive or incendiary device on the campus provided, however, that the occupants of single family residences in the Meadow Brook subdivision and non-student University residences may possess firearms as permitted by law,” Oakland’s Ordinances state.

The idea of using hockey pucks stemmed from a self-defense training session for faculty in March during which Police Chief Mark Gordon advised participants to distract shooters by throwing anything, like a hockey puck.

“Anything that you can throw that’s heavy and will cause damage, cause injury is the bottom line of what you’re trying to do,” Gordon said, the Free Press reported. “[A hockey puck] was just a thing that was suggested that could possibly work, especially when you have 20 or 30 people in a classroom and they all throw hockey pucks at the same time, it would be quite the distraction.” 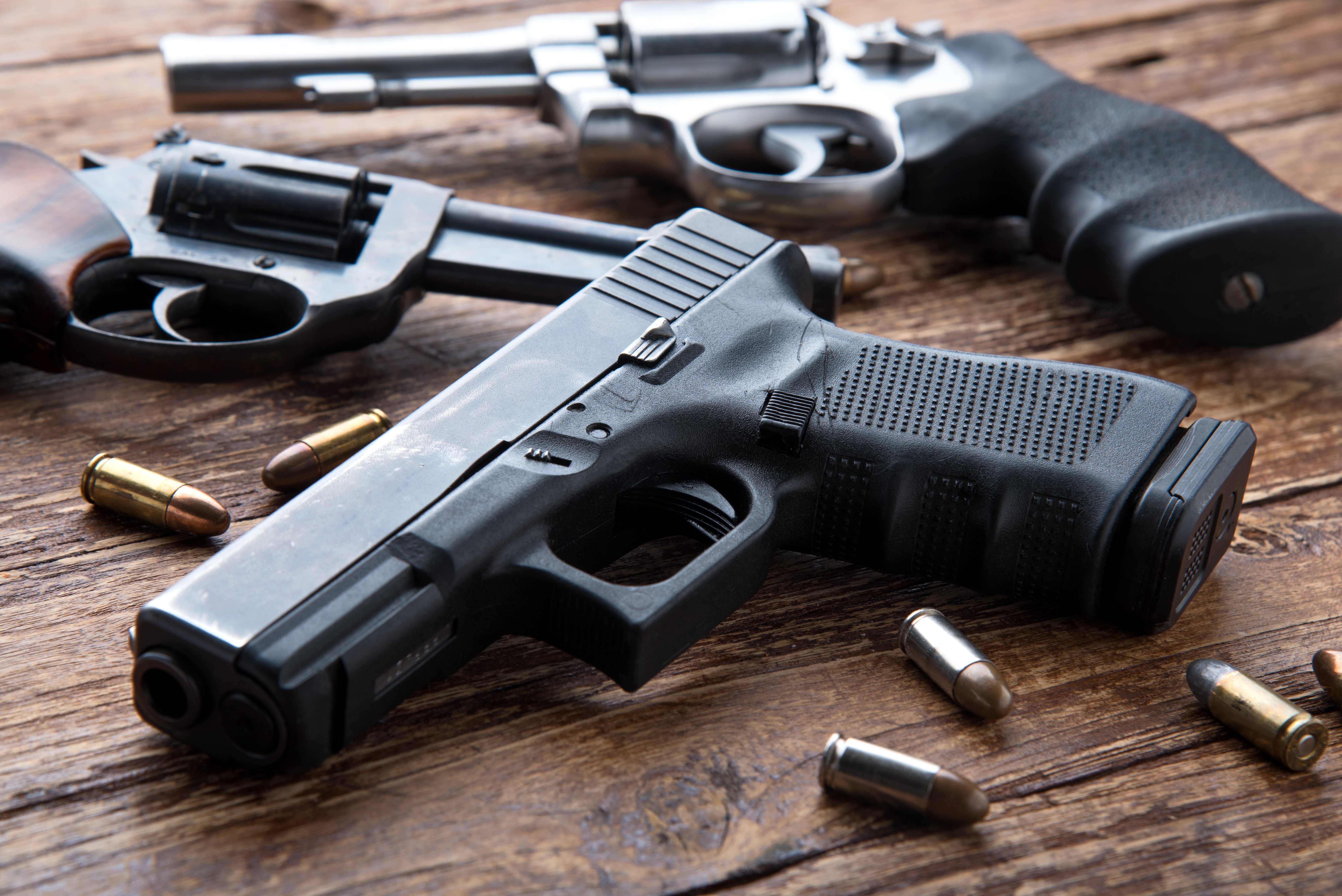 Pictured are various guns with bullets on a table. SHUTTERSTOCK/ Kiattipong

Some students found the idea absurd, however. (RELATED: Kansas Professor Urges Students To Not Bring Guns ‘Wherever I Am Present’)

“If there’s an armed person coming in, why would you chuck a puck at them?” third-year student Adam Kalajian said, ABC 7 reported.

“If I was to give you a puck, and I had a gun, would I be able to take you out?” student Jacob Gora asked, according to ABC 7. “Easily, yeah. I mean, a puck is not going to distract me or stop me from shooting someone.”

Each puck has a number that people can type on the university’s website that will lead them to a donation page, the Free Press reported. The donations are meant for locks on classroom doors. AAUP and the Student Congress each donated $5,000 to the locks.

The Virginia Tech shooting inspired Oakland to take steps to prepare for a school shooting situation, according to the Free Press. The gunman and 32 people died as a result of the 2007 incident.

“Oakland University wishes to emphasize and reiterate that the idea of fighting an armed attacker with a hockey puck was offered in the context of a last line of defense in an active shooter situation,” Oakland said in a statement to The Daily Caller News Foundation.

Discenna and Oakland’s Student Congress did not immediately respond to TheDCNF’s request for comment.