Google CEO Sundar Pichai will testify before the House Judiciary Committee on Dec. 5 to answer questions about the company’s possible political bias, the committee announced.

“Americans put their trust in big tech companies to honor freedom of speech and champion open dialogue, and it is Congress’ responsibility to the American people to make sure these tech giants are transparent and accountable in their practices,” committee chairman Rep. Bob Goodlatte, a Virginia Republican, said in a committee press release.

Republican lawmakers criticized Pichai for skipping a Sept. 5 Senate Intelligence Committee hearing on social media and foreign election meddling. Facebook and Twitter executives testified, and an empty chair with a nameplate that said “Google” sat where the company’s representative would have been.

“Its business practices may have been affected by political bias. Additionally, reports claim the company is compromising its core principles by complying with repressive censorship mandates from China,” McCarthy continued. 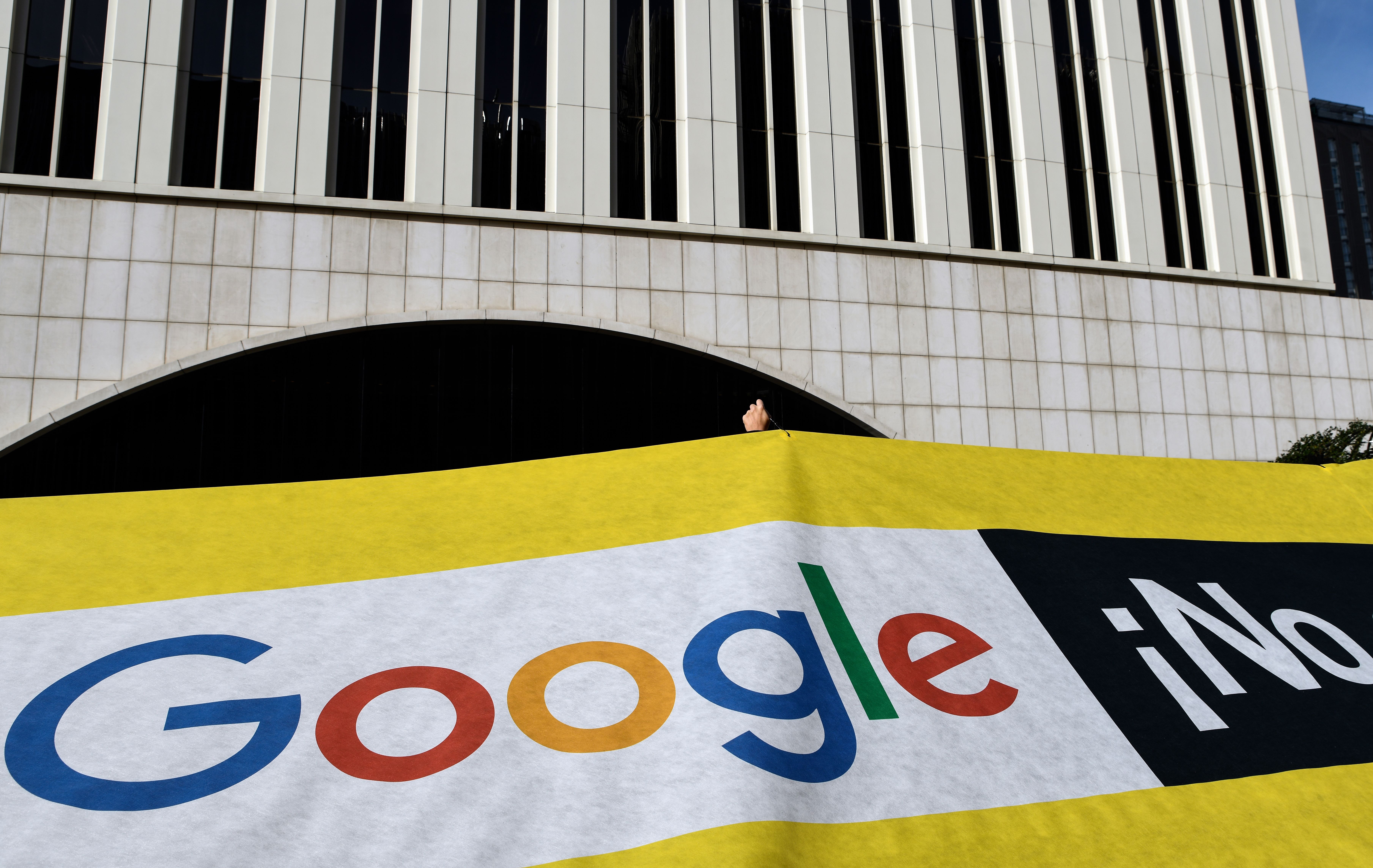 Amnesty International activists gather for a protest outside the Google headquarters in Madrid on November 27, 2018 as part of a campaign calling on Google to cancel its controversial plan to launch a censored search engine in China. OSCAR DEL POZO/AFP/Getty Images