The caravan of migrants that traveled from Honduras to Mexico includes foreign nationals pledging to abolish the U.S. immigration authorities, openly discussing their intent to illegally enter the U.S., and reading communist literature about overthrowing President Donald Trump, according to an in-depth report by journalists on the ground in Tijuana for the Epoch Times.

It said a Los Angeles-based group called Al Otro Lado (“To the other side”) is guiding migrants and its litigation director, Erika Pinheiro, is on the scene telling the migrants how to make sure they don’t just get into the U.S., but get as many benefits from its government as possible.

But she advised that criminals and previous deportees in the group can still get a different status, called “withholding of removal status,” in which “you won’t be deported but it doesn’t have many benefits.”

The night many migrants rushed the border, they received a flier by a California-based Communist group known as BAMN — whose slogan is “Trump must go or be removed BY ANY MEANS NECESSARY” — saying “Open it up or we’ll shut it down! Everyone must be let in!” (RELATED: Migrant Who Complained of Quality of Free Food Apologizes)

“Let’s organize active solidarity and defense against any nationalist or government attack,” another flier from the Communist Party of Mexico in Baja California said.

It blamed America for conditions in Latin America and said it’s “not enough to just leave the country, but to also organize ourselves to fight in a revolutionary way to transform our place of residence.”

Leaders of the overwhelmingly male caravan were positioning children on the front:

A video posted on the Netnoticias.mx Facebook page on Nov. 25, shows a Mexican police officer pleading with migrants not to listen to caravan leaders—who were telling them to put the kids on the front line.

“Don’t let them fool you! Don’t let them lie to you! These leaders; the only thing they’re doing is risking that something bad happens to your families. Because they say ‘go to the front,'” the officer is heard saying in Spanish. “Do not trust the leaders. They are brainwashing you.”

María Luisa Cáceres, who said she joined the caravan with her 15-year-old special needs son, told the paper “we are forced to” join the protests even though she did not plan to. Caceres was sleeping in a tent that said “Abolich ICE” and declined an offer of asylum by Mexico.

But she blamed the large number of male migrants who stormed past police at the border for creating a confrontation that led to her being tear gassed. 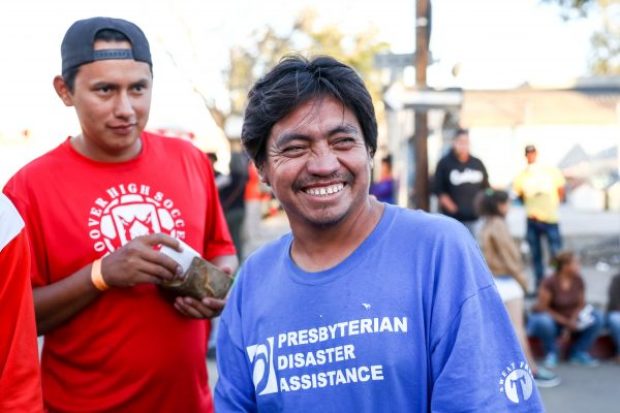 Luis Conde (R), 46, from Guatemala, stands in the line for food outside the migrant camp at Benito Juarez sports complex in Tijuana, Mexico, on Nov. 26, 2018. (Charlotte Cuthbertson/The Epoch Times)

Guatemalan Luis Conde, 48, has been in Tijuana for about two weeks. He said he doesn’t intend to apply for asylum in the United States, because “they’re not going to give it to me.”

“If they don’t give papers, well to hell, I’m going to jump—there’s no doubt about that,” he said on Nov. 26. “If one is an opportunist, you have to grab the chances that come, and when they come and when you see that it’s not dangerous, bam, you’re there.”

Honduran Marco Gómez, 26, said he’d enter illegally as part of a large swarm of people because applying legally is “a waste of time. It’s a process that takes months and years — it’s a long time.”

Read more and see more photos at the Epoch Times. 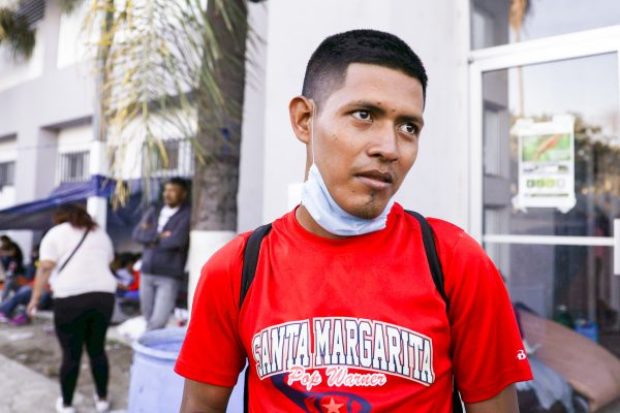